As the mother of two adorable boys, I have had the pleasure of planning, putting on, and attending a number of birthday parties. Many of my friends cringe when faced with planning a party for their child. In fact, most of them have given up on the ritual, choosing in-stead to have parties at large play centers or restaurants where everything is done for you. They say it’s too stressful to throw one at home, but I believe there are many pluses to throwing your child’s birthday at your own house. And if done the right way, it can be even easier than having it somewhere else.

There are only two times to have your birthday party, especially when dealing with babies and young children: lunch or dinner. Trust me, every other time will run into someone’s scheduled nap time, and you’ll then be dealing with grumpy babies and even grumpier parents. I prefer the dinner hour when you can eat, have cake, and tell everyone good night within a relatively short time frame. But noon can go just as smoothly. Just make sure you have a mapped out schedule in your mind and stick to it. If not, the party As the mother of two adorable boys, I have had the pleasure of planning, putting on, and attending a number of birthday parties. Many of my friends cringe when faced with planning a party for their child. In fact, most of them have given up on the ritual, choosing instead to have parties at large play centers or restaurants where everything is done for you. They say it’s too stressful to throw one at home, but I believe there are many pluses to throwing your child’s birthday at your own house. And if done the right way, it can be even easier than having it somewhere else. Might run into nap time and you know what happens then. And make sure you have plenty of food for both children and parents.

Themes are what many people build the entire party on. The cake, the decorations, and the favors all tend to be centered on a certain theme. But I have learned something over the many years of throwing and attending children’s birthday parties. Nobody really cares about the theme except for you! So just make it something relatively easy. My 4-year-old son Brady’s second birthday party was built around a fishing theme. However, I had just given birth to our second son and was more stressed out over his colic than worrying about where to put fish. But I did manage to tie it all in. The invitations and cake had fish on them, and the colors were blue and green. It doesn’t have to be the fanciest or the most unique theme. Kids are kids and they are the last to notice or even care about what the theme is. And decorations were minimal too. Because like I said, kids don’t notice these either. A matching tablecloth and some balloons are really all you need.

I cannot stress this enough. People might think I am crazy for suggesting this, but have you ever watched someone try to put on a game at a birthday party? Nine times out of ten, the kids don’t want to play it. They just want to PLAY. So let them. Give them lots of space, some toys, maybe some play-doh, and let them have at it. During one of the best birthday parties I ever went to, a mom tossed about twenty balloons into her playroom and let the kids run free. Unstructured playtime is what children live for and that’s what they should be allowed to do at a party. As long as there are some ground rules, the children will be fine. And trust me, none of them want to play pin the nose on the clown anyway. Of course, the only exception to this is the faithful piñata, which every kid gets excited about. Kids and candy are always a winning combination.

4. Pass on the present opening.

My sister will slap me for saying this, but I definitely agree with the practice of not opening presents at a birthday party. Just think about it. What is the worst part of a birthday party? Present time. Either the kid doesn’t want to do it because he is too busy playing with friends and he throws a fit, or he takes twenty years to open the presents, and then everybody is ready to throw a fit. The only other option I would suggest is to open presents closer to the start of the party. This way you can get it done quickly and thank everyone accordingly. If you opt not to open presents at all, please just make sure you send thank you notes so the gift is acknowledged properly. (If you are really motivated, you can take a picture of your kid with each gift and put it with each individual thank you card.) I am way too unorganized to even dream of doing this, but I know there are some very ambitious mommies out there who would love to snap away.

A favor is a nice way of thanking your guests for coming. But honestly, who usually likes these favors? Long ago I decided that a kid should never get a goody bag. I know what I do with goody bags and it’s not pretty. They usually end up in the bottom of a closet or in the trash. If you have a bunch of 3-year-old boys coming to a party, a ninety-seven cent matchbox car is worth much more than a plastic ring and a party blower. And if you have all little ones coming, hit up the dollar store and get them each a board book. You won’t spend countless minutes stuffing bags and everyone will be happy.

Finally, keep in mind that your child’s birthday party is all about celebrating his or her precious day of birth. As I am writing this article, my youngest son, Elijah, is getting ready to turn two. His party is this weekend, and I am nowhere close to being ready for it. But I am confident that it will turn out okay. And more importantly, I know that he will have a blast. N “Real Mom” Paige Tucker, her husband Landon, and their two sons, Brady and Elijah, live in Chester where they like to believe every day is a party. 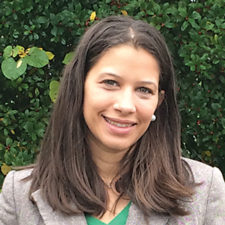