Is Your Athlete in Pain?

A 13-year-old soccer player complains of pain in the front of her knees. Initially, she noticed it during practice, but now there is pain climbing stairs and even while sitting in school. It’s a scenario that plays out for hundreds of kids across Richmond. It’s most likely anterior knee pain, a common occurrence in this age group that can have several causes: bursitis; tendonitis; a mal-tracking patella or knee cap; or a combination of any of the three.

Dull, aching pain behind the kneecap is common in active teens. The initial symptoms can be controlled by applying ice, for fifteen minutes, three to four times a day and reducing activity level.

Chronic pain in the front and center of the knee is also common among active, healthy young athletes, especially girls. In fact, adolescent females are six times more likely to sustain a significant knee injury than boys. This statistic can be reduced with the proper training and pre-season conditioning. The pain usually begins gradually. The athlete might report popping or cracking sounds in the knee when she climbs stairs or stands up and walks after sitting for a while. Pain might flare up at night or with activities like jumping, squatting, or running.

Consider the changes a young body is going through between the ages of 10 and 16. Rapid growth phases may lead to losses in flexibility, strength or coordination which may result in compensatory movement patterns and an increased risk of knee injury. The complex anatomy of the knee joint that allows it to bend while supporting heavy loads is extremely sensitive to small problems in alignment during training and especially with overuse.

At the same time, athletes in this age range are often members of sports clubs or leagues with more intense practice and game schedules. It’s not uncommon to find young athletes playing for a school team, a recreational team, and a travel team all in the same season. With the awkwardness of growing taller, we have an athlete who is getting used to a brand new body every few months at the same time that athletic demands increase.

Try these simple tests at home. Can your daughter…

If your daughter has difficulty with one or more of these functional tests, then you should consider seeing an orthopedic or sports medicine-oriented physical therapist. A detailed biomechanical knee examination will determine the root cause of pain behind her kneecap and rule out other problems. 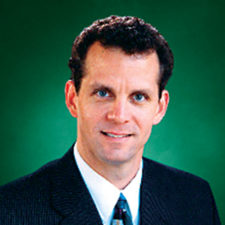 Matt Wren, MS, PT, is the manager of PT Works Physical Therapy, a division of Sheltering Arms. He lives in the West End with his wife, Linda, and their two children.