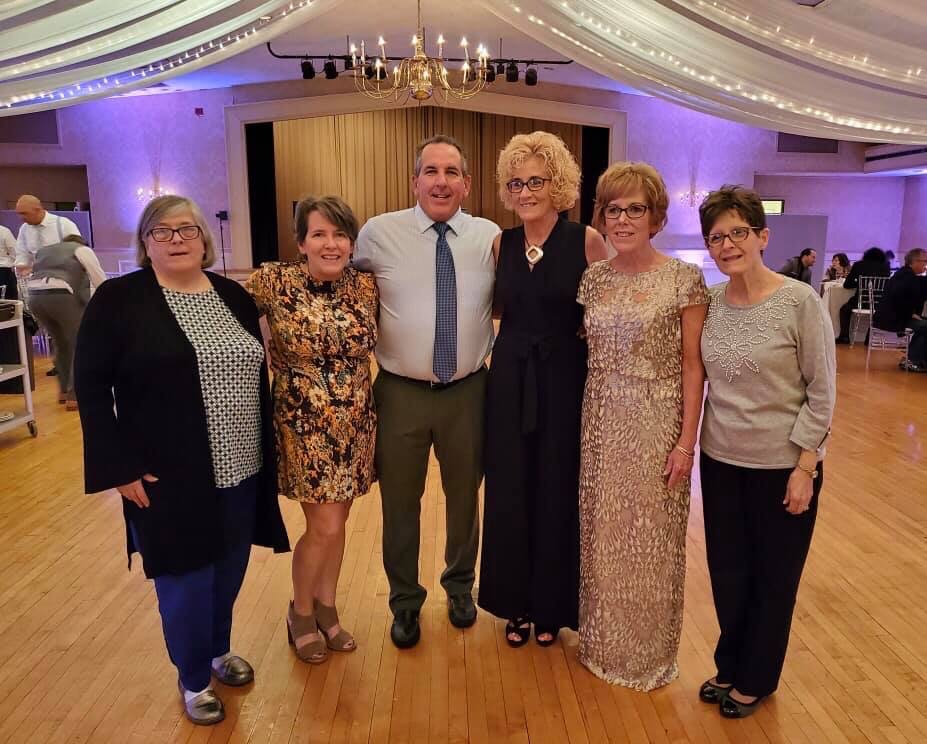 “I can’t imagine having a real job,” is a thing I used to say sometimes. Until my oldest daughter, who recently graduated from college and joined the workforce full-time, looked at me sternly and said, “Mom, stop saying that! You have a very real job, and you’re amazing at it.”

Of course, I have a job. I’ve been the editor of RFM for ten years now, and I love it. But it has never truly felt like work, and that’s probably because I have the privilege of doing something I love, surrounded by the people I love. Literally.

During the past decade, what I’ve appreciated most about RFM is having the chance to write about my family and attempting to share parenting insight now and again in this space we call the Editor’s Voice. If you’ve been following along, I hope you’ve chuckled a few times, sighed, nodded in agreement, or even rolled your eyes at something I’ve written. (And the same goes for all the stories you’ve seen throughout RFM!) It’s important for families to share ideas and connect with each other – whether it’s in line at the grocery store, at a park, or on the pages of a local lifestyle magazine.

Looking back at the columns I’ve written, this one jumped out at me because it was my father’s last birthday. He was my inspiration – a true lover of language – and he left this world the month RFM got its start in 2009. I’m dedicating my work at RFM in the coming years to him! I hope you’ll be along for the ride.  —  Gratefully, Karen

P.S. This photo was taken at a recent family wedding where all six of us were together – the only present my dad ever wanted.

When my dad turned seventy-five, there was quite a party.

We were all together: my four older sisters, my brother and me, various and sundry spouses, the majority of his seventeen grandkids and four great grandchildren, family friends and neighbors, and my mother, of course. There was a band, too much food and beer, and activities for the kids.

A light drizzle fell most of the day and my parents sat under a pop-up tent while partygoers streamed through to visit with the birthday boy, and tell him he didn’t look a day over seventy-four, and accuse him (falsely) of dyeing his hair, and ask if there was anything they could get him.

“I never thought I would be such a pain in the butt when I got old,” he told me – only he didn’t say butt.

“Tell that to your mother.”

The day was a wonderful tribute, a good old-fashioned block party that my sister had been organizing for weeks: arranging entertainment; coordinating food; corralling siblings from out of town. As event planner, it was the responsibility of my sister – the woman my dad used to call the warden when we were kids – to secure the only gift my father really wanted for his seventy-fifth birthday. That is, all six of his children in the same place, at the same time.

It really didn’t even matter to him that this great convergence was happening on his birthday, although I’m pretty sure his eyes misted when we sang to him from the bandstand with arms draped around each other’s shoulders. What did matter was that all of his children had gathered in one location and were generally cordial to each other. For a little while anyway.

Geographically, my siblings and I aren’t that far away from each other, or from the town in which we were raised. There are six of us – in three states, and all within driving distance these days. But time has divided us, not distance. Decades have passed since we lived in the same house together, the house my mom still lives in today and the one the out-of-towners bunk at over the holidays one year, or for a high school reunion the next. Of course, memories bind us, but our own families and careers and interests take precedence over shoring up ties that have weakened naturally and predictably over the years.

I think about my girls, what binds them now, and how easily they fall in and out of sister love. Best friends one day, hardly talking the next. Competitive, supportive, attentive, dismissive – all at once. In a family of women-children, there’s an energy pulsing through the house that’s palpable and pervasive, but with no predictable circuitry.

The truth is, whether you have two kids or ten, something you really, really want is for them to just get along. To coexist peacefully. And as your kids get older, the opportunities for that might seem few and far between.

Near the end of his party, my father is worn out but still beaming. We look for just the right place to have the picture taken that says, Yes, Dad, we were all here at the same time! Nobody can remember when we took the last one. By now, though, I’m convinced it’s a good idea that all six of us have come together, especially when I look at the broad smile on my father’s face as we line up for this portrait.

And I start to wonder, will my daughters make time for a picture like this thirty years from now? Will it be as important to me as it is to my dad? He said he didn’t want anything in particular for his birthday, that having us all together was the best gift we could ever give him.

Now, I sigh and watch my daughters this day – at eight, ten, and twelve – dancing and laughing, playing badminton in the rain, just enjoying each other. For a little while anyway.

And I know exactly what he means.