Why Women Need to Know the Options

So this time you’re having a boy! Your hand gently caresses your baby bump when you touch the small ridge of scar tissue from your cesarean section. Your mind and heart are flooded with so many hopes, concerns, and questions. What is the best way for this new little life to enter the world? Should you consider a vaginal birth after C-section (VBAC)?

In 2013, one out of every three women gave birth by C-section. That’s compared to only one in twenty in 1970. Many factors figure into this rapid rise for the surgery, but now American couples have the right to thoughtfully consider attempting a vaginal birth following an initial cesarean birth, especially because 60 to 80 percent of appropriate candidates who attempt labor will have a successful vaginal birth.

Many considerations go into deciding which route of delivery is best for you and your family. Spend time with your midwife or physician to weigh your personal concerns, medical issues, and obstetrical history. Also, be thoughtful about where you plan to deliver. You’ll need a center that will fully support your efforts, while maintaining a safe environment and rapid access to surgery should that become necessary.

If you are found to be a good candidate for attempting VBAC, know that a vaginal delivery is considered safer than a C-section for you and your baby. Science has shown that a vaginal delivery is also the much safer choice for any future pregnancies. Each additional C-section increases your risk of internal scarring, and can result in placental abnormalities (i.e. previa, when the placenta covers the cervix, as well as accreta, when the placenta grows into and possibly through the prior uterine C-section incision).

So why did repeat C-sections become so popular? Thankfully, nowadays, cesarean births are generally safe, relatively painless, and convenient. Initially, when a woman who had undergone a C-section became pregnant for a second time, caregivers were concerned about the uterine scar tearing during labor, resulting in serious complications for both mom and baby. However, the risk of uterine rupture is now known to be less than 1 percent if the initial C-section was performed in the typical fashion, with what is known as a low transverse incision on the uterus. Also, providers and moms need to thoroughly weigh what is perceived as the convenience of scheduling an elective repeat C-section against the benefits of delivering vaginally.

Special situations may cause your caregiver to encourage a repeat C-section. It’s important to be familiar with the current research and professional guidelines. For instance, a rare type of incision on the uterus called a classical approach involves making a vertical uterine incision, and carries a higher risk of uterine rupture. This type of incision is so uncommon that even if your first C-section scar is unknown, current research suggests there’s no increased risk for attempting labor.

Some doctors are concerned if the baby is estimated to weigh more than eight-and-a-half pounds. This fetal weight does not increase risk to the scar. Another concern is allowing the pregnancy to carry beyond your due date. Data shows no increased risk to the uterine scar, and frequently, natural labor occurs days and even a week beyond the due date. However, attempting inductions or medically forcing labor when the cervix hasn’t softened and dilated may not be safe.

Even carrying twins and having had two prior C-sections are no longer absolute contraindications to a trial of labor. Both of these situations require thoughtful conversations with your obstetrician.

Prepare with the support of those you love and your care provider, and always remember, this is your body and your birth. Your birth experience is ultimately in your hands. Staying safe and comfortable with your decisions will allow the miracle of a new life to be celebrated to the utmost. Best of luck! 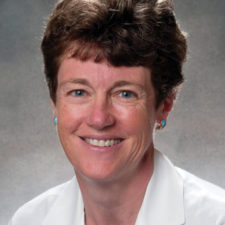 Alice Hirata, MD, is an obstetrician and an advocate for low-intervention births. However, certain circumstances – such as high-risk pregnancies and multiple gestation births – require expertise she enjoys providing. Dr. Hirata is the proud mother of two teenage sons. She sees patients at Bon Secours Richmond OB/GYN.