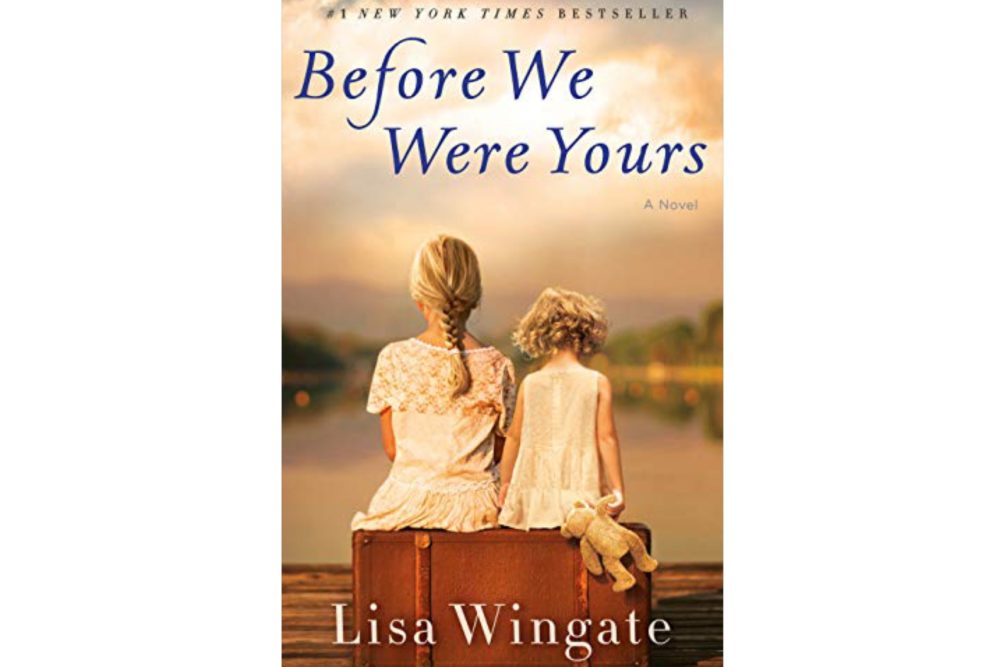 Tell me a book is based on a true
story, and its stock goes way up.

I think it’s because I can learn more about the subject even after I’ve finished the book. Before We Were Yours by Lisa Wingate is anchored by the horrific events that unfolded at the hands of Georgia Tann – a real-life adoption broker/human trafficker. From 1920 through 1950, Tann operated the Tennesse Children’s Home Society in Memphis. Using the organization as a front, she kidnapped and sold children from poor families and single mothers to wealthy families all over the country.

In 1939, 12-year-old Rill Foss and her four siblings were plucked from their family’s Mississippi shantyboat and thrown into Tann’s orphanage. As the oldest child, Rill pledges to keep the family together – or at least keep track of everyone – until they can be reunited with their parents on the river.

Meanwhile, in contemporary South Carolina, Wingate introduces the reader to the Staffords, a wealthy political family with a grandmother suffering from dementia who is recalling distant and unfamiliar memories. When the young standard bearer for the family starts investigating, the heartbreaking injustice from decades ago is revealed.

The good news is Wingate’s character development and her compelling plotline are just as effective in the chapters devoted to the 1930s as they are in the present day. And the author’s note at the end of the book is also very satisfying.

From the September 2018 issue: