The smooth greens. The stately trees. The academic buildings that beckon all who walk along the paths that cross the vaunted quad. It’s all just how you remember it – though at another college, in another place, in your all-too-distant past.

But hey, you’ve got this. Yes, maybe now you’re just a dad decades out of school, but with your chipper smile and cheeky demeanor, visiting your freshly minted freshman over Parents Weekend ought to be a breeze, right?

Just pick your weekend mantra: Everything old is new again. The more things change, the more they stay the same. Seems like no time has passed since you were a college kid yourself.

Wrong, wrong, and wrong again. Turns out it takes just a few hours to realize that not unlike that infamous, withering portrait of Dorian Gray, you have slowly become crusty, bewildered, and sadly out of shape.

Arriving on campus, I first had to familiarize myself with 21st century college terminology. For one thing, Parents Weekend is now called Family Weekend, a refreshing update for these diverse and modern times. Note, too, that in a logical nod to gender equity in all its forms, the kids are no longer known as freshmen but as first-year students.

But that’s the easy stuff. Harder to fulfill is the edict issued immediately by both spouse and first-year: Please try not to say anything stupid.

Who, me? The parent who has arrived armed with a full complement of dad jokes and a boundless propensity to chat up every other student or parent who might wander through your kid’s dorm? (And they’re not called dormitories anymore. They’re residences. I have no idea why.)

Maybe I should consider auditing a seminar in self-actualization. With my Wrangler jeans, V-neck sweater, and sensible athletic shoes, I imagine myself blending in with the campus crowd as coolly as Henry V, who donned a soldier’s tunic to walk undetected among his troops on the eve of battle. Then I notice two female students pointing at my rumpled outfit and laughing. Well, there goes the chipper and the cheeky. At least I’m not dressing like Saturday Night Fever crossed with Donnie Darko.

It’s not you, it’s them, I say to myself (while resolving henceforth to avoid tunics). And yet, my thoughts do summon the gist of an old show business joke, which is if you find yourself looking around trying to find the dorky dad, and you cannot find the dorky dad, chances are the dorky dad is you.

But is it really too much to expect that you and your child might actually show up for the campus activities, orientations, and symposia so carefully and comprehensively scheduled by the school for Saturday morning? I had dutifully signed up for a variety of sessions that would provide a welcome window into the academic ebb and flow of my kid’s first semester.

Family Weekend parents beware, however: Expect to spend all of Saturday morning simply waiting for your child to wake up. Once they do get out of bed (around noon-o’-clock), you’ll then spend another hour or two attempting to outfox campus cops bent on ticketing you for parking in ambiguous zones as you try to secure an extra-large coffee and a breakfast sandwich for a first-year whose voice is now a mysterious two octaves lower than it was the night before.

Now would be an ideal time for your kid to give you a walking tour of the campus to show you routes taken to class each day. But with an expertise that could rival Disney World when it comes to channeling vast numbers of sallow-faced visitors, your child’s college likely will now funnel you directly to the campus bookstore where you will find yourself summarily fleeced – and I mean that literally as well as figuratively. Plan on spending top dollar on college-branded outerwear, hats, umbrellas, coffee mugs, and key chains before the exit turnstile spits you out.

Every self-respecting Family Weekend will also make sure you buy a ticket to the obligatory home football game, which your child insists you must attend whether you care for football or not. This will be preceded by an hour or more of searching vainly across acres of unwieldy tailgating for your kid and his pals after they decide at the last minute to Uber separately to the game instead of joining you on a forced march from football stadium parking lots located nowhere near the football stadium.

Of course, once all the pregame stress ends and you have shouldered your way through the throngs to your seats, your suddenly-football-addicted first-year – who has agreed to sit with you instead of with friends in the student section and now looks bored to tears – informs you that it’s customary to stay at the game only until halftime, and often only until the end of the first quarter. That’s barely time enough to buy an overpriced beer. And the game was just starting to get interesting.

If you were smart and organized, you would have made reservations at a restaurant for Saturday night dinner months before you even dropped off your kid at school last August. But you are not, and did not, and now you’re stuck finding a decent place to eat on the busiest day this college town sees in any given year.

But even if you end up waiting an hour and a half to get a lukewarm pizza, at least there’s nightlife to look forward to. Yes, on modern Family Weekends, fraternities and sororities happily invite actual family to their blowout parties. And suddenly there you are, bouncing around with sweaty, dancing kids, reeling from decibels harsh enough to summon the ear doctor, and cheering on another dad, who is now upside down and doing a keg stand while also doing push-ups.

Who’s the coolest of them all? For one, brief, shining moment, dorky dad is nowhere to be found, and the verdict is unanimous. 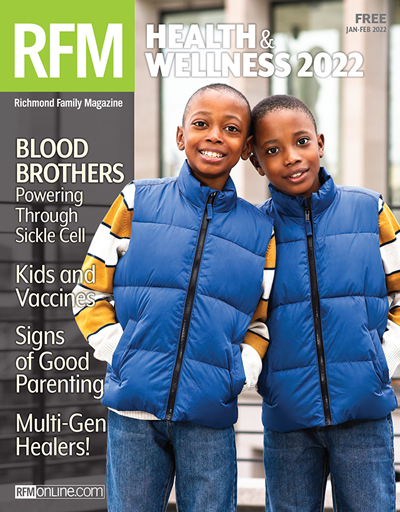