Why Spaying and Neutering is Good for Your Pets

Remember to have your pets spayed or neutered. Bob Barker, world-famous game show host, closed each installment of “The Price Is Right” with this prompt, but the decision to follow his advice is not always that simple. The question of whether to have one’s cat or dog surgically altered can be a very emotional decision for some people. There are, however, many advantages for the individual animal and the population as a whole.

Spay and neuter surgeries are considered routine surgeries for the veterinary community, but we should all remember that this is a major procedure for the pet as well as for the pet owner, and it should not be taken lightly by anyone. Hopefully, it will be the only major procedure that the pet has to endure in its lifetime. When done correctly and with proper attention to anesthesia, monitoring, and post-operative pain control, the pet is usually back to a normal routine within days of the procedure. Due to competition between veterinary practices and spay-and-neuter clinics, the price is much more manageable than other comparable surgeries, even with all of the previously mentioned considerations.

So, what are the advantages of having your pet spayed or neutered? One clear advantage for the population of pets is reduction in the number of unwanted pets. In the eighties, before Bob Barker’s and others’ efforts to promote spay-and-neuter programs, an estimated 17 million dogs and cats were euthanized at animal shelters annually. Now an estimated 3 million unwanted dogs and cats are euthanized at animal shelters annually. This is a great improvement, but still far too many animals. There are many behavioral advantages to having your pet neutered. A cat that hasn’t been neutered is much more likely to urinate outside of the litter box, or spray urine to mark its territory. Un-spayed female cats become much more vocal and agitated when in heat. The urine of an un-neutered male cat has a very strong odor that is tough to endure indoors – even for the most devout cat lovers. Regarding canine behaviors, male dogs that have been neutered are much less likely to roam looking for a mate, and therefore are much less likely to be hit by a car or get in other similarly dangerous situations. Neutering male dogs can also reduce aggressive tendencies. Male dogs that have been neutered are also less likely to mark indoor territory with urine.

There are also many health advantages for pets that are spayed or neutered. One of the most scientifically supported advantages is that mammary cancer risk increases in dogs and cats with each successive heat cycle. The risk of mammary cancer is almost zero if female pets are spayed before their first heat. Testosterone increases the risk of anal cancer and prostate infections in dogs. Similarly in females, pets that have not been spayed or neutered have a high risk of uterine infection called pyometra, and cancer of the reproductive organs. Research is currently being conducted to see if there is any preventive effect on cancer with keeping pets intact, but the results are inconclusive.

The case for spaying or neutering is not incontrovertible, but in my opinion having your dog or cat spayed or neutered not only makes it healthier, but also makes it a better pet. With any luck, Bob Barker’s message will continue to be heard in re-runs. 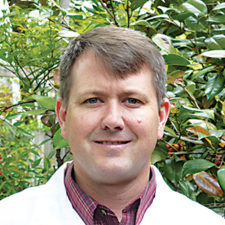 Randy Mortimer, DVM, is co-owner of Quioccasin Veterinary Hospital. His areas of special interest are internal medicine, surgery, and orthopedics. He is married and has two daughters.