Growing up, I never really enjoyed Thanksgiving all that much.

There, I said it.

Or maybe it’s because it’s the truth.

It all started with the fact that I’m not a fan of turkey, giblet dressing, canned cranberries, Le Sueur peas, homemade mashed potatoes with gravy, or cherry pie—all Ryan family Turkey Day favorites. Due in part to my disdain for turkey, Mom insisted that we also cook a ham. It didn’t matter. I usually stuffed my face with enough plain dressing and dinner rolls to ensure that I would have enough energy to climb the stairs to go to bed that night.

The older I got, I began to realize something: I loved everything about Thanksgiving, save for the actual dinner. What’s not to like about football and family? Well, it probably depended on the year with that second one.

Regardless, the day seemed to be scheduled around the pigskin. We would eat late, pulling up to the dinner table sometime around six when the second game of the day either was decided or nearly over. We’d cap the day by watching Texas and Texas A&M, cheering on the Aggies, whom Dad insisted had the better band.

When we weren’t watching football, my two brothers, some neighborhood pals and I were often chucking one in the front yard.

As for the feast, as Dad cooked the bird, and Mom focused on potatoes, gravy, and pies, the kids took turns at the rest. I normally saw to the relish tray, which had to be replenished after being devoured during football, and sometimes I got the biscuit assignment, or “whomp” biscuits as Southern humorist Lewis Grizzard called them.

The Le Sueur peas were the instigator – within seconds of being mentioned for prep, half the family would start shouting at the other half to keep them off the table. As the youngest of five kids and frequent tie-breaker, I’d cheer for them one year and against them the next, knowing full-well that I’d never touch them.

Fast forward some 18 years, and not a whole lot has changed. I still don’t eat more than a bite or two of turkey on Thanksgiving. Same goes for all that other stuff I didn’t sniff when I was six. Ditto for the fried oysters my new family by way of marriage “enjoys.”

But my relatives have their own traditions for chow time. A couple of years back, my mother-in-law asked us all to name any splurges we wanted to see in addition to the typical Thanksgiving menu. I thought cheese puffs and chocolate chip cookies would make the Pilgrims proud.

With our boys, my wife and I are starting some of our own traditions.

We’ve watched the Macy’s Thanksgiving Day Parade for two straight years – a new record. In fact, it provided a big laugh when one of my boys blurted out “There’s JoJo!” as the balloon floated by. Neither my wife nor I had ever heard of JoJo, and since we knew he hadn’t seen JoJo on our TV, our childcare provider was busted, so to speak.

And we’ve made a point of getting outside, whether it’s to throw the football or jump in leaves. I’m pretty sure “blue 24 turkey legs” – a play-action pass that my son and I still call two years later – was cooked up on Thanksgiving Day. We also spend some time watching the Lions lose (maybe they should play the Redskins again this Thanksgiving?) And then the Cowboys, who kick off the Salvation Army’s Red Kettle campaign each year at halftime.

A new tradition is shopping. Never would I have dreamed that I would pore over the ads on Thanksgiving night and wake up four hours later to get a deal. But Kodak digital cameras and picture frames at nearly half off and $5 board games have made me look pretty solid come Christmas day. It’s pretty cool to get back home when your kids are just waking up, complete with a feeling that you did something special and knowing that the lack of sleep will be worth it in about 30 days.

That’s exactly what the day has become for me – something special. It’s still not about the food; it’s about the family. And the memories we’re making. Like chocolate chip cookies and cheese puffs alongside turkey and dressing. Like passing the torch and teaching my sons the proper way to “whomp” those biscuits on the side of the counter (and not on each other). And like the 3-yearold who just wouldn’t even try his turkey last year. 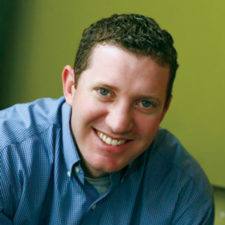 Sean Ryan is a freelance writer and PR professional who lives in the West End with his family.