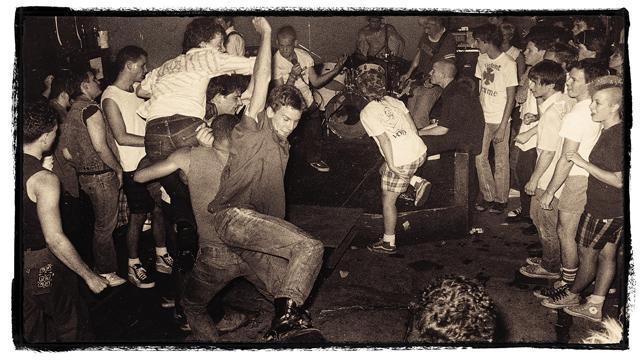 Through the 1980s, Richmond was home to a thriving punk music scene. In general, East Coast punk bands toured from New York to the Carolinas, getting regular gigs. 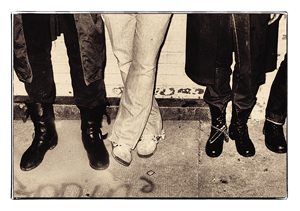 Situated on I-95, Richmond was a natural and profitable stop on the tour circuit. Venues such as Hard Times, Going Bananas, 538 Club, Stonewall’s, and The Cha-Cha Palace drew downright rowdy crowds.

But perhaps the most lauded and notorious was a place at 611 West Main Street, across from Monroe Park.  Opened in 1981 by 27-year-old Benny Waldbauer, Benny’s only lasted three years, but is considered a legend of the city’s punk scene. With a legal seating capacity of fifty-one, concert crowds there could grow to 300.

Famous bands like Minor Threat, Black Flag, GBH, and the Dead Kennedys played at Benny’s. Local bands such as White Cross attracted large crowds as well.  True to its counter-culture ethos, if you showed up in a tie, the bouncer would either confiscate it or cut it off with scissors at the door.

Let us know if you recognize anyone in the photo.