So you say you’re feeling just a slight bit chilly.

Well, I get it. I really do. And you’re right, it is that time of year, and the weatherman says we’re finally in store for that long-overdue cold snap. So on this winter’s night, there’s no reason we can’t push back on the frost gathering on the windowpane, laugh off the wind that’s rattling the kitchen exhaust vent, and bring a little more hearth into our home-sweet-home.

But before you run to the next room with heavy hands and itchy fingers, let me once again issue the edict that always kicks off a full season of whining, pleading and climatic drama: Don’t even think about touching that thermostat.

Let’s review the household rule – at least as I routinely issue it and have long attempted to enforce it.

Only Dad adjusts the thermostat.

And this is not because I am perfectly in tune with our house’s entire HVAC system, or obsessively aware of my own ideal body temperature, or just plain cheap (though yes, I am all of those things). This runs deeper – even hotter – in a dad’s blood and DNA, and I long ago took my place among legions of dads who see the simple modern-day thermostatic control as a direct link to their ancient, primal duty to feed the fire, fan the flames, keep the family warm, and maybe even slay a mastodon or two in their off hours.

In his heart of hearts, every dad proceeds from a fundamental premise when it comes to heating in winter: Simply light a fire in the fireplace, and that ought to be more than enough to warm the whole house, just as it easily would have in log cabins of old.

Beyond that frontier (and invoice-free) solution, the 21st-century dad also styles himself after old sea captains who could navigate seas, channels, and harbors by feel and instinct, carefully adjusting the thermostat dial ever so slightly until he hears the far-off clanking of pipes in the hot-water baseboards and the satisfying whoosh of the gas furnace pilot light jumping to full flame.

My general rule – the rule of dads the world over – is never to initiate seasonal home heating or cooling until somebody cries. Which often happens in our house at the tiniest upward or downward tick of the weather and is
followed by all sorts of huffy complaining, whimpering, and thermostat subterfuge. But you can’t fool me. Unlike those fancy programmable thermostats that mete out exact indoor weather conditions automatically, our old round brass control has been on the dining room wall since Eisenhower was president and possesses a casual, jaunty intelligence all its own. Pity the shivering wife or child who assumes the reading on the faded dial exactly matches the actual household temperature and desperately cranks to the right or left, tipping me off immediately to an unauthorized thermostat adjustment.

For just as the sea captain of old finds himself most at home riding the swells of the open ocean, tracking the rise and fall of indoor climate balanced against the vagaries of outdoor weather conditions fills the soul of every dad. Aware always of my responsibility to keep the family comfortable, I have transformed myself into a weather station on two legs. There are times you can find me fixated on the thermostat dial almost as intently as an engineer trying to stave off a nuclear reactor meltdown. Other times I might be seen simply standing in the middle of the living room, just staring out the window at the yard, the street, and the world beyond, my entire being practically pulsing with barometrical awareness.

And if it’s a dad point of pride to try to be the last man to turn on the heat in the winter, I’ll admit I also strive for the honor of being last to turn on the air-conditioning in summer. Left to their own devices, most dads would probably choose not to engage the thermostat at all during the hot months, preferring instead to achieve ideal temps by opening and closing windows, adjusting ceiling vents, encouraging efficient cross-breezes, and recalling the timeless maxim that “heat always rises” to figure out a formula that puts off running the system as long as possible.

But if my family begs for Sahara-like swelter once they feel the first cool breezes of fall, they are driven absolutely mad by the least bit of heat in springtime and immediately insist on turning our home into the environmental equivalent of the classic movie Ice Station Zebra as quickly as a fresh load of coolant will allow. But I can easily distinguish the thermostat’s indolent and harmless fan-only whisper from the rumbling sound of the entire A/C system kicking in. Requests to make the house cooler while I am away from home get responses from me salted with all-caps: “DO NOT turn both controls at once!” “Touch the RIGHT SWITCH ONLY!” “BE VERY GENTLE!” One aggressive spin of the thermostat dial can send the attic air handler reeling, or blow some aging component, or cause the machinery to run so hard that it freezes solid, which might require a repairman with skills far beyond my own.

I confess I live in fear of angering the thermostatic gods. But as I step out into the cold night to roll the super can to the curb, I am reminded that the weather always wins. Standing at the end of the driveway under a pale moon as the winter wind rustles the bare tree branches, I look back at the lights of the house and think about just how little separates the vast expanse of the universe from the family inside that always looks to me to keep them safe and warm.

Yes. I get it. And I do feel your pain. Like the old song says, “baby, it’s cold outside.” But the particular, magical calculus of the thermostat, balanced ever so perfectly and known only to me, reads just fine.

Now go put on a sweater. 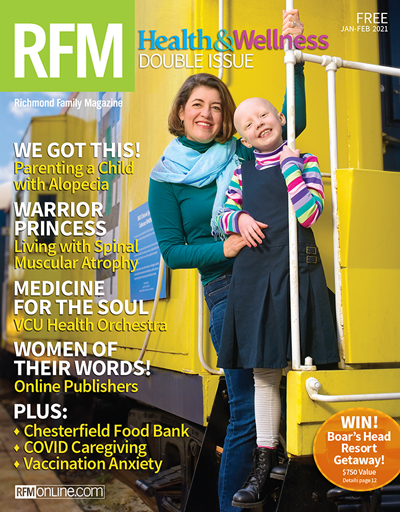