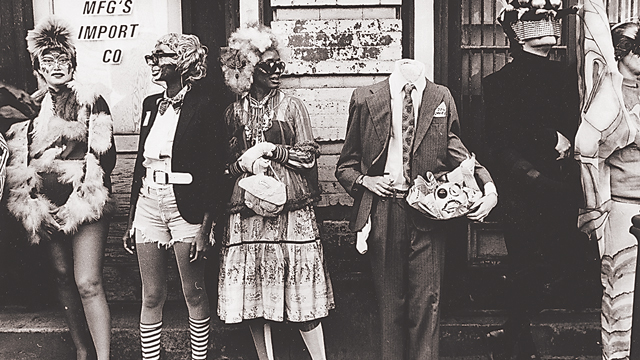 By the late 1960s, Shockoe Slip had become a rundown, little-known part of town. The decline of the nearby canal and tobacco warehouses had left the once-bustling commercial center mostly vacant in a changing economic landscape. 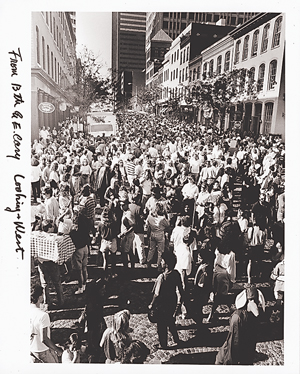 At a time when urban revitalization efforts relied on highways and parking decks, concerned Richmonders rallied to revive the neighborhood in more creative ways that looked to boost its past rather than paving over it. The Shockoe Slip Foundation, founded in 1975 to draw business and visitors to the area, began coordinating projects, political support, and events. The cobblestone was reconstructed by volunteers. The city rezoned the district from light industrial to allow for commercial, retail, and residential use. Developers received tax credits for restoration rather than razing.

At first, bars and nightclubs moved there, bringing crowds, but also the challenges that come with a thriving nightlife scene. Daytime crowds were needed to support a more diverse collection of businesses and thus a healthier neighborhood. The answer became festivals. Jazz festivals, a Mother’s Day festival, the Christopher Newport Festival, art festivals, and even a clown festival brought Richmonders to the forgotten historic area.

The most successful of these events was the annual Halloween party, first held in 1976 and overseen by a 175-pound fiberglass pumpkin perched atop the Shockoe Slip fountain. The packed schedule of costume contests, concerts, ghost stories, and magic shows drew 10,000 visitors by the 1978 event. Zombies and celebrity look-alikes roamed Shockoe Slip for this Halloween bash every year for nearly thirty years, until the official event wrapped for good, sometime in the early 2000s.