Hi there, Tanya, it’s Tony. So sorry to wait until the last minute to call and leave a message. And listen, I know you did my wife a big favor by fitting me into your schedule this close to the holidays. She’s convinced that only you can give me the kind of overhaul that will send me into the New Year looking fresh and cool and trendy. But I’ve thought about it, and I’ve looked in the mirror, and I’ve made up my mind.

I’m just your basic, garden-variety, suburban dad, and I’m happy with my hair as it is.

I suppose I might change my mind at some point down the road, but right now there’s no sense pretending that I can transform myself into a sly, happening hipster by letting you and your scissors go to town on my head.

Besides, I do take a bit of personal pride at having shepherded a generally unruly mop down through the years to the place I find myself today. And I’m sure you’ll agree that I ought to give thanks for the hair I have. By luck of heredity and well-aligned genes, I’ve sidestepped the plight of the follicly challenged and have been blessed with a full head of it all these many decades.

My hair history dates all the way back to the counterculture era, when it was all the rage to let your hair grow long. Though in my case, as friends will recall, instead of flowing downward in long, luxuriant strands that communicated a dyspeptic mix of rock ‘n’ roll cool and stick-it-to-the-man rebelliousness, my hair simply grew ever-outward into an enormous, scraggly bush. While others appropriated the devil-may-care aura of rock stars, hippies, and protesters of the day, I was left looking like a lost circus clown in need of directions back to the troupe.

I’ll admit that I do treasure a photo of myself taken several hairstyle eons ago that shows me looking as if I’m wearing a curly brown party wig. And there was a time some years later when anyone introduced to me swore that I could double for Peter Brady from The Brady Bunch. I once met actress Florence Henderson, who played the Brady mom, at a fundraiser. She thought I was Peter, too. And embraced me.

Anyway, I’ve fretted about my hair every year of my life, but I’ve reached a sort of détente with it now, recognizing that simply having the hair that’s been granted me is more than enough to keep the mirror satisfied and my own fragile sense of coolness relatively well preserved. Many have come before you to attempt to reform my looks, improve upon the sensibly priced cut (with coupon) that my current stylist has settled upon, and like those eager scientists who built the Six Million Dollar Man on TV, try to make me better than I was before.

But I have resisted all comers, not only because my resemblance to celebrities seems to strike the rank-and-file as less obvious these days, but also because departing strands, a higher hairline, and progressive graying have pushed me to a state of low-grade macho panic. With my overriding goal in life now just to cover any bare scalp, I’ve taken up the same sort of strategy a besieged Civil War army might once have employed: Abandon all flanking positions, bring all guns to the front, and fire away like crazy.

To do that, you need as much hair as humanly possible. And no matter how you might promise to make me more fashion-forward hair-wise, it’s going to involve cutting, which means less hair, which means more visible scalp. I know you have your patented tricks and techniques. But no, I would not allow you to make any parts of my hair spiky. It’s a neat ruse, but I really don’t want to look like a Silver Fox version of Billy Idol. You also couldn’t brush the hair on top into that weird cowlick that resembles two ocean waves crashing together or brings to mind the supple bodily contours of a Rhodesian Ridgeback. And no, you could never persuade me to maintain any new look by using product. The day I use gel, clay, or paste is the day you might as well just fit me with pencil-thin jeans, Doc Martins, and a raffish scarf that makes me look as if I just mustered out of the Israeli army.

In lieu of all that, I’ve simply settled on an obvious solution. I’ll just stop cutting my hair altogether. If the hair up above – still thick, reliable, and by all accounts lustrous – is quietly starting to find the exits, I’ll just allow what I have left to grow ever longer, broader, and wider so I can push, pull, and pile it where I wish. Even if I find myself affecting the look of a middle-aged man who seems perfectly comfortable balancing a sleeping marmoset on the top of his head.

But I can live with that. Because all that matters is that I have the hair, at least for now, and have settled upon self-taught styling that covers most bare areas, sports a few curly licks here and there, and is topped off by a sideways-and-upwards brush stroke in front that might bring to mind the permanent, frozen, brown swoop sported by the iconic, smiling Elby who stands in front of every remaining Bob’s Big Boy in America.

So thanks, but no thanks, Tanya, at least not right now. I will look in the mirror once more and consider whether a new hairstyle journey awaits me. But today I am happy enough just to think of myself as a sloe-eyed, coffee-swilling, third-cousin-once-removed of Rapunzel, convinced that if I simply let my hair grow into infinity, no harm, trouble, or humiliation will come my way.

It’s how I’ll ring in the New Year. Now get ready for the same old me. 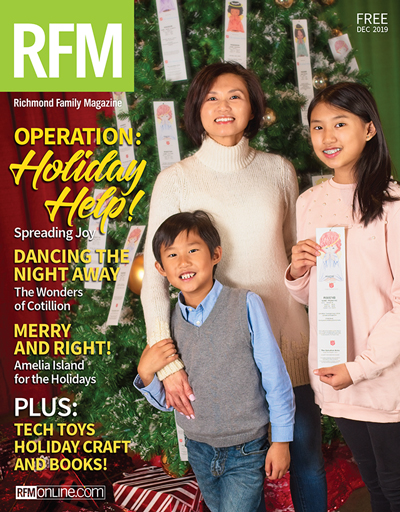