The late summer heat is brutal – scorching practice fields throughout Central Virginia, and leaving the most intense football players weakened, sweatdrenched, and exhausted. L.C. Bird Head Coach David Bedwell says some are more prepared for the rigors of training camp than others.

“You have your hardcore kids, your group of kids who work hard and do everything you ask them to do. Then, you’ve got your kids who show up late in the summer and didn’t do a whole lot. You get a few surprises.” Some coaches will tell you it’s in these pre-season sessions where football players are molded, where boys become men. Joe Ehrmann says don’t believe it.

“The greatest myth in America is sports builds character. That’s not true.” Joe Ehrmann has been called the most important coach in America. He is an assistant football coach at The Gillman School, a high school in Baltimore. He is also a former NFL player, an ordained minister, and a child advocate who has spent the last 30 years creating a unique approach to coaching.

Ehrmann believes there is no better way to bring about social change and the healthy development of young people than through sports.

“It engages more families, communities, and individuals than any cultural activity or religion in the country. And the high priest is the coach.” At the start of each practice, Ehrmann and the rest of the coaching staff gather the team together and ask them two questions: “What is our job [as coaches]?” “To love us,” the players respond in unison.

“What is your job?” the coaches ask.

“To love each other.”

Ehrmann doesn’t lie awake at night, thinking about the next game, the next opponent. His constant concern is, what he calls, the greatest crisis in America: the crisis of masculinity.

“Masculinity doesn’t have a single thing to do with athletic ability.” Ehrmann also teaches it has nothing to do with sexual conquests or financial success. He says too many coaches reinforce the myths of masculinity. That’s why he and the rest of the coaching staff teach their players Ehrmann’s definition of manhood.

“You must recognize life is about meaningful relationships. Second, you must have a commitment to a cause and value service to others.”

Ehrmann spoke in Richmond a few months back, explaining his philosophy to about two hundred parents, coaches, and teenagers.

“The defining criteria to coach this way is to be able to take an honest look and understand that when you were a child how you were impacted by coaches and adults. Coaches must understand why they are coaching and what their goal and purpose is. Every kid remembers their coach. The question is whether that memory is something positive… or something diminishing.”

Ehrmann admits his kind of “insideout” approach to coaching is not for everyone. During his Richmond speech, the reaction was mixed and non-verbal: eye-rolling from the skeptics and headnodding from the supporters. Ehrmann understands both sides.

“It’s kind of deep and it’s personal, but lasting change starts on the inside and works its way out.”

Ehrmann knows firsthand. He was a fun-loving, life-of-the-party defensive lineman for the Baltimore Colts in the seventies. In the same year he played in the Pro Bowl, Ehrmann’s teenaged brother, Billy, was diagnosed with cancer. Ehrmann brought him to Baltimore and practically lived in the pediatric oncology unit for five months. His brother ultimately died. Through the pain and loss, Ehrmann found a clear perspective and new purpose in life. He helped build the Ronald McDonald House in Baltimore, which was dedicated to his brother.

It wasn’t enough. He wanted to do more. He studied and became a minister, serving as pastor of a four-thousandmember church. He co-founded The Door, a community center in a rough section of Baltimore. It was here that he became aware of what he refers to as the crisis of masculinity.

Ehrmann also began to look inward. He dissected his own dysfunctional relationship with his father, who was absent until Joe starting having success on the football field. His father had preached the same myths of masculinity that Ehrmann now fights against. Ehrmann became empowered and determined to change the conventional way of thinking. He and his wife started Building Men and Women for Others. This organization’s sole purpose? To teach youth the true definition of being a man or woman and how that process can create social change.

“Young people are hungry for the message but parents and coaches are reluctant or afraid to address it. Kids look for affirmation and validation from Power and authority. Too many people talk to them and not with them.”

That is why Ehrmann believes coaching is one of the most responsible positions in society. Hermitage High School Football Coach Patrick Kane agrees.

“I’m a real big believer in positive reinforcement. Don’t get me wrong: we get on them… but I also think they need to hear what they are doing right and encourage them in that way.”

Ehrmann believes every coach should have a purpose statement. He shared his:

“I coach to help boys become men of empathy and integrity who will lead, be responsible and change the world for good.”

There is little talk of wins and losses.

“Winning and losing is a by-product of treating your players the right way. When you feel good about yourself, good about who you are with and what you are doing, that elevates everyone’s performance.” The Gillman School football team has the championships to prove it.

Ehrmann’s life story was the subject of a Pulitzer Prize winning book, The Season of Life. More than one million hardcover copies have been sold since its release in 2004.

“The book touched a nerve in this country,” said Ehrmann. According to him, its success and Ehrmann’s status as a former NFL player have given him a broader, national platform to spread his message.

“What would happen,” asked the coach, “if we raised a whole generation of boys to love and be loved, to connect? There is the potential to spark life into these kids.” 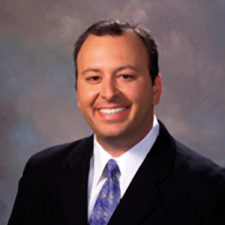 Greg Burton hosts Hardly Workin’, an afternoon sports talk-show on ESPN 950 and enjoys writing when he can find the time. He lives in Richmond with his family.