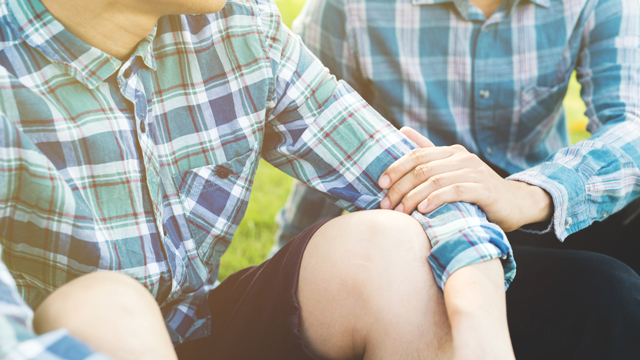 Is My Child Gay?

10 Steps for Parenting through Coming Out

I think my 11-year-old son is gay. I’m straight, my husband is straight, and we have no gay friends. I’m about to begin what might be the most important parenting I’ve ever done, and I need some guidance. Do you have any strategies for parenting through the coming out process?

First and foremost, let me tell you this: You are halfway there! The task may feel insurmountable. You described it as the most important parenting you’ve ever done. However, you are reaching out, and you are asking the right questions. And part of what you are about to do, you’ve already done before – you just don’t know it!

To illustrate this, I want to take you back all the way to when you had your first baby. Everything about the experience was new. Nobody knows how to be a parent until they become one. And even then, it’s not about knowing – it’s about figuring it out. And, until this point, you’ve done just that.

Let’s say, as your child got older, he enjoyed painting, so you bought him a paint set. If he liked using the paint set, maybe you got him a more sophisticated one. Later, maybe you enrolled him in an art class. To support his talent, you didn’t need to be an artist yourself. You didn’t even need to like art. But you cared and knew everything about his art – not from the beginning, and not from a book, but because you joined him in figuring it out.

So, here is my advice as you join your son in this journey:

1. Don’t worry if you don’t have this figured out. You don’t need to be perfect – you just need to be willing. You’re totally already doing this in other areas of his life.

2. Know that your son is always listening for clues. Many of my adult clients recall when their parent made a negative comment about a gay person on TV. If this happens, your son won’t react. He will just remember. Be mindful of your comments or your reactions to others’ comments. He is not ignoring them.

3. Pay attention to indirect communication. When I asked a group of gay teens if they ever dropped hints for their parents, the whole group agreed they had. Hints varied from wearing rainbow shoelaces to testing with parents through homophobic jokes. Silence was interpreted as rejection. When a child drops a hint, she isn’t trying to come out. She is asking a question: Will you love me still?

5. Let the internet be your ally. Read coming-out stories. Look up supportive sites for inspiration from other parents. But be mindful of online discussions. Remember that just because someone shared something on the Internet doesn’t make him an expert.

6. Look for media that includes gay characters. Characters on screen can help you understand some of the common issues that gay people face. Or, you’ll learn that many of the struggles for gay people are the same as yours. They dislike Mondays, get annoyed at their coworkers, and dread laundry, too!

7. Make gay friends. If your social circle doesn’t include people who are gay, you might need to be more intentional about it. Do you know of any gay parents at your child’s school? Maybe a co-worker? Find out shared interests. It’s best to build a relationship around something you have in common, rather than the fact that your social circle isn’t diverse enough.

8. Go to Pride. If you never attended a Pride festival, I recommend it. You can find family-friendly pride activities. If you are on the fence about it, read up on the significance of Pride for the LGBT community. Get a group of friends together or meet new people there. The atmosphere at most Pride events
is very loving and accepting.

9. Remember that sexual orientation is not mainly about sex. Sexual orientation – gay or straight – plays out in many forms, most of which are non-sexual ways of relating to others. Coming out is about defining who you are and not about sexual activity. In fact, kids often delay coming out to their parents because they fear the sex talk that might follow.

10. Familiarize yourself with how bullying occurs in your child’s environment. Talk to his school and other parents to find out how LGBT kids fare. There are tons
of resources to prevent bullying. Read up. And find allies – they
are everywhere!

I hope you now understand why I said that you are already halfway there. Most kids are born to straight parents. Most are the only gay person in their family. Your child is not alone in this. What matters most is that his family is willing to go on the journey with him. And from your question, it looks like you are. Keep reaching out and allow yourself to enjoy this adventure!

Mark Loewen, LPC, founded Launch Pad to help children and adults live happier and more fulfilling lives. His book "What Does a Princess Really Look Like?" tells the empowering story of a girl who discovers her own power through the strength, courage, and determination of a princess. As a counselor, play therapist, and parent coach, Mark enjoys helping children and families build strong relationships and achieve their goals, and sees clients at Launch Pad Counseling in Richmond.

From the January-February 2019 issue: 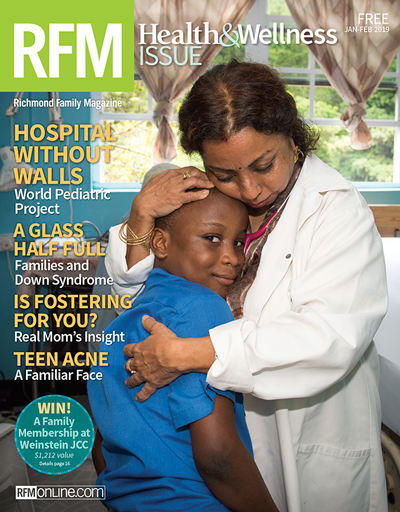