Grand-parenting should be easy to figure out and carry out. After all, there are sixty-four million boomer grandparents in America, many of whom are quick to share their daily happenings across the world of social media. There’s no shortage of so-called experts online and on TV to tell them what they should do, how they should do it, and when. Locally, RVA nurtures grandparents with countless family friendly activities and events. Lots of us also have good memories of our own grandparents as role models: for me, a granny with whom my sister and I devoured storybooks and home-baked cookies, and a granddaddy who shared salty, stove-popped popcorn as we huddled around his black and- white TV. Just a few generations ago, grandparents typically embraced traditional roles. They hosted family gatherings and babysat on occasion – usually on a slow-paced afternoon sharing life’s simple joys – but their primary job was taking care of each other till death did them part.

Boy, have things changed! Yesteryear’s job description of grand-parenting has morphed, stretched, and even overlapped with other family members’ roles. Today’s grands have new, ever-changing, and sometimes ever-growing responsibilities. While some boomer grandparents may not know what to do, others don’t know what to do first. Compared to seniors of the past, many enjoy better health, earlier retirement, improved means, and increased opportunities. They’re used to doing it all and want to do it all with their namesakes. In some ways this is good, since many parents now rely on the grands for daily help with the kids. Dual-working parents, single parents, and travel-loving couples frequently turn to local grandparents for extended childcare, but unlike the past, today’s babysitting is far from leisurely. The grandkids’ multi-activities plus the grands’ multi-interests and multi-generational responsibilities can make time shared both fast-paced and action-packed.

Jean, a veteran grandma, is a perfect example. Her daughter and son-in-law both have high-pressure careers, so Jean Willingly helps out. Technically retired, she has earned the right to sleep in, but instead she sets an early-morning alarm to drive her grandchildren to school. She returns many afternoons to transport them to sports practice or the extra-curricular activity of the season. In between, she runs errands and drops by the nursing home to check on her ailing father who expects (yet forgets) her daily visits. Her husband is not well either, so Jean strives to support his floundering spirit and accompanies him to doctor appointments whenever she can.

Weekends are equally committed with her grandchildren often spending the night so the parents can catch up at work and home. Jean’s waking hours are spent supporting her family, which spans four generations. At age seventy-one, perhaps someone should take care of her. Instead, this duty-driven senior is a sandwiched grandparent, a role that she outwardly handles with amazing stamina and grace. But how does she really feel? “I am so tired,” she confesses between assignments. “I don’t think anyone realizes how hard this is on me.”

Another couple’s three grandchildren recently moved in with them – minus the parents who left their children and each other. These seniors’ retirement plans have forever changed, for by default they’ve become their grandkids’ primary caregivers.During their second act of life, these grands deal with teen social pressures, high-tech electronics, and homework terms that didn’t exist when they were in school. “We stay overwhelmed,” they admit. On occasion, they receive help from nonprofits specializing in legal, financial, and childrearing support for senior caretakers, and they frequently ask to be included on their church’s prayer list. This devoted couple’s retirement savings and energy are dwindling, but not their love and pride. Though they never expected their senior years to revolve around being surrogate parents, they live the adage that family comes first.

Then there’s Brian, who is forging new territory. He’s striving to build a relationship with his toddler grandson without his wife, who was the cornerstone of their tight-knit family. She died several years ago after battling cancer, so this active boomer is grand-parenting alone. Last year he wasn’t sure of his role during his daughter’s baby shower, what special gift to present his first grand baby, or whether to attempt solo babysitting. Slowly he’s adjusting to his new responsibilities as a granddad (now even bringing a special lady friend into the mix), but it takes courage to be a solo grandparent. Fortunately, his precious grandson eases the challenge each time he gives PaPa another toothless grin. PaPa’s younger daughter, Lauren, has watched the whole process with extreme interest. “Dad seems to have picked it up now,” she says. “It’s like he’s reliving raising us. He was scared at first, but now it’s his joy.”

Linda was quite different: no hesitation in her world! She embraced grand-parenting with gusto, and blissfully transformed into a groupie grandparent the moment she heard, We’re expecting! Without question, Mimi is her grand children’s number-one fan. She has been actively involved with each since birth, and almost three years later she still helps every other week as a live-in nanny. “I love the caretaking aspects of being with them,” Linda says, even when it involves getting up with them in the middle of the night so the parents get a needed break. “I love looking at the world through [their] new eyes and enjoying their excitement over little everyday things.” Whether playing and pretending, dancing and chasing, reading endlessly, or exploring outdoors, Linda relishes every moment because she loves them “unconditionally, beyond measure!” Her family is her life, and she lives to share life with them. Being a groupie grandparent fulfills Linda, and her recently retired husband now joins in the fun – after all, her enthusiasm is contagious and he dearly loves the little ones, too. No wonder she’s always so eager to share her grandkids’ precious photos and stories galore!

As for me, all my grandchildren live far away and my parents are deceased. So unlike many of my peers, this grandmother has lots of free time to maintain a career, fulfill bucket-list dreams, and continue dating my husband of twenty-five years. Though I should be grateful for the freedom (and truly, I am), my heart yearns for extended time with our four grandkiddos. My philosophy of what a grandmother should be takes a backseat to what circumstances allow me to be. It requires ingenuity to make memories across the miles via interactive online games, texting, and Skype. When they come to Visit us during spring break or summer vacation, our time together is precious – so much so that sleep is not a priority. During those treasured visits, I rekindle traditions of my grandparents, tweaked a bit to meet my tween-agers’ approval. We still read books, but on their Kindles. We watch TV together, but on an HDTV outfitted with 3D glasses and surround sound. We bake goodies, but usually they’re heart-healthy (darn, that cholesterol!). We’ve been known to venture to Dave & Buster’s for some gaming excitement or Kings Dominion for roller-coaster thrills (can’t imagine my grandfather riding anything faster than 25 mph). Sometimes we even splurge on intergenerational trips, like when eleven of us converged on Disney World to celebrate my husband’s (a.k.a. GrandDude’s) sixtieth birthday. I would give most anything for daily, in-person interaction with my grandkids, but life hasn’t allowed it as a long-distance grandparent. Like many others, I didn’t choose this particular role but I’ve learned to accept, adjust, and make it the best it can be.

Something I have figured out is that the role of grandparents may vary generation to generation and family to family, but one constant remains. Grands desire to leave their grandchildren legacies filled with everlasting memories and endless love. They long to be treasured by their family not only for what they did, but also for who they strive to be: genuinely grand parents. 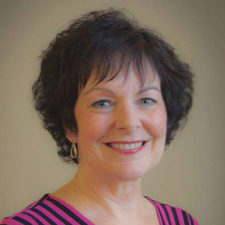 Lynn Jackson Kirk, a freelance writer, treasures her family and faith. A self-proclaimed nature nerd, she’s also passionate about gardening, capturing sunsets in her camera lens, and canoeing at her lakeside home.