Why and How We’re So Into This Sweet Tradition!

When my family lived in Ohio a few years back, we visited the Cleveland Botanical Garden every year at Christmas to see the gingerbread houses. Over time, that became my favorite holiday tradition. The artistry amazed me, and we had so much fun figuring out the types of confections the artists had used. Studying the gingerbread houses was one of the few activities my then preschool-aged kids enjoyed for extended periods of time, so that was a big bonus.

Each year, as we gazed upon the snow-covered gingerbread structures, I wondered how they became associated with Christmas in the first place. As I’ve since learned, it is a complicated story involving an Armenian hermit, some religious-themed cookies, and a threatening fairy tale witch.

According to some historians, gingerbread was used by the Greeks and Egyptians in the first century for ceremonial purposes, and was brought to Europe in the late tenth century by Gregory of Nicopolis, or Gregory Makar, an archbishop who later became a hermit.

It gained popularity in Germany in the late fourteenth and early fifteenth centuries when master bakers created elaborate art made from gingerbread, or lebkuchen. Most recipes used honey, ginger, cinnamon, cloves, nutmeg, and cardamom. Eventually, gingerbread bakers became a distinct component of the gingerbread baking guild, and Nuremberg, Germany, became known as the Gingerbread Capital of the World.

Gingerbread’s popularity spread from Germany to the rest of Europe. Elizabeth I of England gave court visitors gingerbread cookies shaped like people as a diplomatic gesture. In addition, English ladies are known for having given gingerbread to knights for good luck. Magicians also made gingerbread men to help young women find husbands. According to lore, if the man of her dreams ate the gingerbread man the magician had created, the young lady would win his heart.

William Shakespeare even wrote about gingerbread in the play Love’s Labour’s Lost: “An I had but one penny in the world, though shouldst have it to buy ginger-bread.”

Throughout Europe, the faithful could buy religious-themed and saint-shaped gingerbread outside of churches, particularly during saints’ feast days. According to some historians, only members of the special baking guild could make gingerbread throughout most of the year, but during special holidays – like Christmas and Easter – anyone could bake it.

The accessibility of gingerbread baking during the holidays might explain why gingerbread became popular at Christmastime. Some historians also believe that gingerbread gained popularity during the Christmas season because the spices’ warmth was perfect for the wintertime, much like the candles in windows that helped illuminate dark winter nights.

Gingerbread houses are thought to have become popular in the early 1800s because of the famous Grimm Brothers’ story about Hansel and Gretel, the two children who wander in the woods and come across a house made of candy. Historians can’t seem to agree, however, whether the Grimm Brothers developed a completely new idea when creating a confectionary house or if they were referencing something already familiar. Regardless, gingerbread’s durability made it the perfect choice for a house’s walls and roof. Perhaps because of gingerbread’s pre-existing association with Christmas, the houses also became popular during the holidays.

Nowadays, cooks make gingerbread houses with gingerbread – made from flour, butter, brown sugar, molasses, cinnamon, ginger, cloves, and baking soda – and royal icing – made of meringue powder, powdered sugar, and water. Although royal icing is edible, it’s known for being excessively sweet and doesn’t work as a traditional cake icing. For gingerbread houses, however, the fact that it hardens like cement makes it perfect.

The holidays are full of traditions, and for many families, making gingerbread houses is an important one. The handy kits you see for sale at craft and grocery stores make it particularly doable because you can create structures without having to do any actual baking – which can be especially helpful when you have young kids with short attention spans.

Angie Trueblood, a mom of two and family foodie who blogs at mealplanningmama.com, created an advent calendar last year with activities to do during the time leading up to Christmas. She bought an inexpensive gingerbread house kit to use with the kids, then four and six.

For Angie and her family, picking out the candy is the best part, and I agree. I have seen Necco wafers as roof tiles and shredded wheat as a thatched roof. Other elements of the house might be made from gumdrops, candy canes, sticks of gum, graham crackers, pretzels, marshmallows, or licorice. The possibilities are endless.

Whenever I visit gingerbread house displays, I’m struck by the nostalgia of seeing candy I haven’t eaten in decades. I had completely forgotten about Fruit Stripe gum until seeing it as a walkway material leading up to a beautiful gingerbread house. If you are also feeling nostalgic this season, you can find websites that help you track down the candies we ate as kids.

The other fun part of using candy for decoration is consuming some during the creation process. I recently talked to a friend about gingerbread houses, and her 4-year-old confessed that she sneaked candy whenever they made their creations. If you don’t want your kids to have a sugar high during this fun family event, closely monitor their consumption. Or – and this suggestion might not go over so well – resolve to use healthy decorating materials: dried fruits, nuts, granola, and sugar-free candies.

When Angie’s family made their gingerbread house, she and her husband helped the kids put together the foundation. Then they let the kids run the show and make their own architectural choices. Mom and Dad’s goal during the process was to make memories and not worry about the mess or the final product. That laid-back attitude helped when the house started to fall apart days later. “It was kind of a fail,” Angie says, “but the kids totally loved it!”

If you have trouble with houses falling apart, consider my sister’s genius solution. After a few years of trial and error, she started putting the gingerbread structures together with craft glue rather than icing. You can’t eat the gingerbread after this, but it works wonders for holding the house together – and you can still enjoy eating the candy decorations!

How long have you been making gingerbread creations?

I remember making a gingerbread house from a milk carton and graham crackers when I was six years old. My family is crafty, so we were always making our own ornaments and decorations for the holidays. Here at The Jefferson, I’ve been designing the gingerbread houses for the past six years.

What is your planning process? How long does it take?

I start by letting my imagination run wild. I then sketch my idea on paper and start to map out the details. I start the process in August, but the bulk of the work starts November 1. We then have twenty-seven days to complete the creation.

What inspires you as you’re working on a gingerbread creation?

I frequently step back when working on it and ask myself what would make our guests say “Wow.” I try to incorporate other ingredients in addition to the candy, like dry spaghetti. When covered in edible glitter, pasta makes the prettiest garland.

When creating this year’s design, I had a seasonal cold, which made me think, what if Santa’s reindeer were sick? How would he deliver gifts to everyone? By plane, of course, and that’s when the magic begins.

My favorite part of creating the display is being able to envision what the finished product will look like. If only I could make magic 3D glasses for people to wear so they could see what I see.

Lots of people sneak a peek while we are constructing it, and while it’s looking great as we go along, it’s missing those glamour decorations that aren’t added until the very last few days. This helps keep it a surprise!

What response do you typically get from visitors?

The response is overwhelming. We have visitors who come every year to see the display. Some look at it for just a minute or two, and some will spend a lot of time looking at all the details, enjoying the aroma, and taking pictures.

Each year we compile and post a list of all the ingredients. Our guests love to see how many pounds of royal icing and candies we used that year to create the display.

What are the biggest challenges of creating gingerbread houses?

Humidity and temperature definitely make for some challenging situations. There is a fine line to walk once the gingerbread has been baked, cooled, and glued. If the gingerbread is left too long without being adhered with the frosting, it starts to get soft and then easily breaks and doesn’t hold its shape.

What is the hardest gingerbread creation you’ve had to make?

The train from five years ago was the most difficult. Not only was it the largest piece I’ve ever made, its primary shape was round, which meant we carried the gingerbread from the oven and would mold it to the cylinder to let it cool into that shape. Imagine holding gingerbread that is 325 degrees in place for about fifteen minutes until it is cool. During that one week, I think I had the most oven burns I’ve had in my career.

What advice do you have for people making them at home?

Have fun and make a mess! Start with a kit from the store or buy some pre-made frosting, gingerbread cookies, candy, and be creative. As a kid, I probably ate more of the house before I ever got it built. My grandmother would cover the table with trash bags and let us go at it. I can say for certain that they weren’t the prettiest gingerbread houses and they didn’t stand up straight, but the memories made are priceless.

It can be stressful when planning for the holidays – decorating, shopping, cooking, and then on top of all that, trying to have fun and make a gingerbread house. So be sure and give yourself a break – and definitely have fun!

At The Jefferson, we usually make this recipe twelve to fifteen times, depending on the size of the display piece. Our largest piece was the gingerbread train. We made this recipe twenty-two times to complete it! 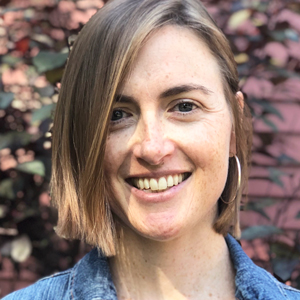