He's Starring In “In the Heights” this Month

This month, we caught up with Josh Marin, a favorite of Richmond theatre-goers, who is a New Yorker these days. You may have seen this talented, young performer on the Virginia Rep main stage as Harpo in the 2014 production of The Color Purple. Or, ask your kids if they remember Josh from a recent show at Virginia Rep’s Children’s Theatre at Willow Lawn, like Buffalo Soldier. This summer, Josh is back in Richmond for his starring role as Benny in Lin-Manuel Miranda’s Tony Award-winning musical, In the Heights.

Born in Los Angeles, Josh and his family moved to Harrisonburg when he was five. After high school, he headed east to Richmond to attend VCU, and graduated in 2012 with a BFA in theatrical performance. A 6-year track record of shows in RVA (including roles with Firehouse Theatre, Cadence Theatre Company, and others) provided Josh with the resume and confidence necessary to head to NYC, where he currently resides. “September of this year will mark three years since I moved there!” says Josh. “I will return to New York after this role to continue pursuing representation, and my dream of playing Hercules Mulligan and Aaron Burr in Hamilton, among other dreams.”

Like many young people, Josh’s first exposure to Broadway was the musical, The Lion King. “It was the first Broadway show I saw, and overall, my first
Disney experience,” says Josh. “Also, I would have to say that it holds another one of my dream roles in Simba. The mask-work, the way they operate the bigger animals, the dancing, the songs, simply put – it’s an absolute masterpiece!”

Although he’s completely at home on stage in front of adults or kids, Josh says the feeling that comes from performing for children is different. “Their energy patterns in the room are different. Their responses are different and certainly unexpected – in such an enlightening way,” says Josh. “They invest in the story to the point where they are impelled to speak to the actors in a certain moment of danger or intimacy. They jump in head-first and uninhibited, and with little to no preconceived notions, and I love that.”

When it comes to a career in the performing arts and encouraging kids, Josh advises students of theatre to “empower yourself with the knowledge that you always have a choice and… once you realize that you get to make choices, the possibilities of what you can accomplish are limitless. Choose the destiny you want for yourself, and it will be yours!”

Josh adds that Richmond is a wonderful market for anyone interested in a career in the arts. “I have been very blessed to have done as much art in Richmond as I’ve done. Many have helped me in countless ways along my journey. Many have prayed for me, and many have spoken life into me, and that has kept me determined to reach higher heights. I am very grateful to everyone who has supported me!”

Though many are lured to the stage and screen for fame and fortune, Josh’s attitude is one parents would love to see instilled in their own young performer. “My goal is to touch, change, and inspire as many people as I can with my God-given gift before He calls my number. Nothing more, nothing less. And if that happens to involve financially supporting myself solely with my art, then we’re really cooking with gas!”

Keep reading to learn more about one of Richmond’s most treasured creative talents. And when Josh Marin’s star shines brightly on Broadway, remember – you saw him in RVA!

Love a good mountain, but I have to go with the beach.

What’s the last play or concert you attended?

In RVA? JoJo at The National.

What’s the last series you binge-watched?

Several bowls of cereal (Honey Bunches of Oats if you must know), a super-soft blanket, and all the Netflix, HBO Go, or Hulu

Belize! I can’t decide between The Belizean Keys, snorkeling in the Great Coral Reef, or seeing the Mayan Ruins!

Being in the sun… knowing that it’s a sunny day. If the sun isn’t out, then an extra B-Complex adult gummy.

Both of my parents are from Belize and I have dual citizenship there.

Finish this sentence: “The absolute best thing about performing for kids and families is…

getting the opportunity to transport them to a new world, where whatever they are going through at that moment in life doesn’t matter for a few hours. That exchange of energy is unlike anything else, and is the absolute best thing about performing for kids and families!” 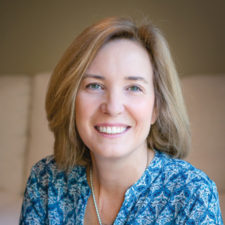