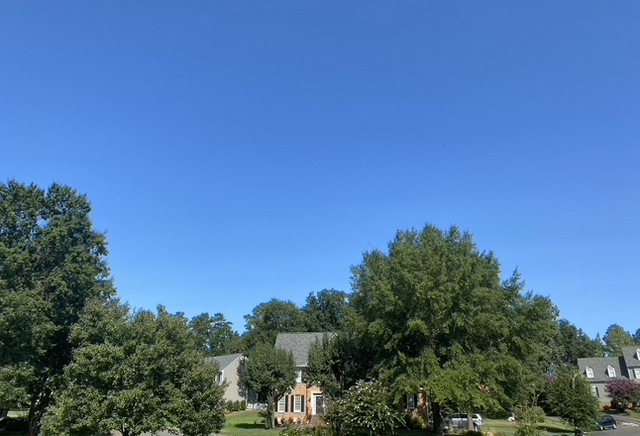 At a back-to-school night what seems like eons ago, my oldest daughter’s science teacher explained his trademark assignment.

Every nine weeks, the fifth-grade students would be required to read a magazine article, something science-related and timely, to help them see science in action. It could be about any topic our kids were interested in – genetics, climate change, health research.

And that’s where he lost me. My mind wandered to a TIME article I had just read about the adverse health effects suffered by workers at Ground Zero in New York City. Before I knew it, I was transported back to the morning of September 11, 2001.

The girls were playing in the family room, my husband was working in our home office, and I was unloading the dishwasher when the phone rang.

“Turn on the TV,” my mother choked out the words.

I had a reputation back then for never, ever watching TV during the day, but I can hear the gravity in her voice today, and I do as I’m told. It takes a while to process what I see. Thick, black smoke billows from the World Trade Center against the backdrop of a cornflower blue sky. The girls are drawn to the television because Mommy is mesmerized by the image on the screen. I listen while the morning show personalities speculate as to how and why this could have happened.

And then like millions of other television viewers around the world, I see the second jetliner slam into the South Tower. I might have seen at least one of the Twin Towers collapse onto itself, disappearing into a cloud of dust in what resembled a nuclear explosion, but I can’t remember now. Was that in real-time? Did everyone see that?

Next, I’m outside cutting the grass. Trudging back and forth across the lawn, the whir of the motor is strangely calming as I begin to contemplate the horror of the morning’s events. Out of the millions of people who live and work in New York City, I personally know and love just one of them. My friend, Tina, is that friend from childhood, the friend you only talk to every few years, but it always feels like it was yesterday. She has a son the same age as my oldest daughter. She works in Lower Manhattan and her husband is a NYC firefighter. I turn my eyes to the bright and cloudless sky, say a prayer, and take a deep breath.

Coming out of my trance at back-to-school night in the classroom, I heard the science teacher tell us about the rest of the assignment he had been discussing. After reading the article, the kids would be required to teach the topic to the class in a meaningful and memorable way. What an opportunity for Sam! I made a mental note to ask her if she wanted to interview Tina and her husband and learn about the physical and emotional challenges of 9/11 recovery.

The short film that Sam made as part of her science project that nine weeks was a unique gift, a chance for all of us to connect personally with a family who had lived through our generation’s Pearl Harbor. Every fall, when September rolls around, I search for ways to remember and commemorate.

Last summer, we met my friend Tina in Manhattan and visited the 9/11 Memorial. It’s a haunting and beautiful tribute with manmade waterfalls that rush into pools, the foundation footprints of the Twin Towers that once rose above the city. Around the edges of the pools, you can read the names of all the people who died there in 2001 and in the first World Trade Center bombing of 1993. There’s a display of souvenir brochures, available in nine world languages. The girls gathered copies in Spanish, French, Russian, and Chinese to take home to their friends and teachers – embracing this chance to grow closer to our world, not shut it out.

Once again, pausing in reflection, I turned my eyes upward. I said a prayer and took a deep breath. For one powerful moment, my family’s physical presence in that space in New York City, alongside so many other citizens of the world, rebuffed the hatred and ignorance that fueled those planes that day.

I gathered my children close – under that same cornflower blue sky.

From the September 2014 issue: