Binkies, Blankies, Thumbs, and Life In The Comfort Zone

Aidyn was all set to start big kid school. He could identify his ABCs and counting to thirty was a piece of cake. Kindergarten registration and open house had gone off without a hitch. There was only one tiny problem for Aidyn – and the people who loved him. He was five years old and still dependent on a pacifier for self-soothing. With kindergarten fast approaching, Aidyn’s mother, Angela Morrison of Chester, came to the realization that she was going to have to help her son overcome his pacifier addiction.

Attachments to comfort objects such as pacifiers and blankets are a normal part of growing up. Parents use them to both sooth their crying babies and to create a sense of security for little ones. Frankly, they can also help calm nervous first-time parents. Kristin Saady, a mother of two from Chesterfield, says that when her oldest daughter Caroline had her special blanket, it helped Mom relax a little too. “I knew she was going to be comforted and I could go to sleep,” says Saady.

When babies turn into toddlers, and mature into children, the question of when, and how to give up comfort items (like pacifiers and so-called lovies) can become a major concern for parents.

Anyone who has ever read Kevin Henkes charming children’s story Owen about a child’s fierce commitment to his blankie, knows that letting go of one can be an extremely difficult proposition. Beth Carter, Med, a former school guidance counselor for Chesterfield County Public Schools, believes these attachments are often necessary for small children.

“Children are being exposed to new and different environments and experiences all the time. Those encounters of the unknown can be scary. Having a little piece of your secure environment, like a piece of your blanket or a tiny stuffed animal, can quell the stress of these occurrences.”

Jackie Harris, a preschool teacher in Chester, says she typically sees children give up their blankie or stuffed animal on their own when they are ready. “A very small number of children come to school with them on a daily basis,” says Jackie. “I leave it up to parents whether their child can bring the comfort item.

However, I do advise them when the child is not requiring it during the day.”

When Harris is asked by parents on how to help children relinquish the object, she recommends distraction as a strategy for success. “The key factor is to take their attention off the item and onto something else. If it is bedtime, offer a sip of water or an extra bedtime story in place of the object.” And consistency, Jackie advises, is a must. “You may have to try many different tactics, but being consistent once you find what works will ultimately prove successful.”

Casta Childress, a mother of four from Chesterfield, believes her son’s devotion to his blankie masked another comfort habit. “Zane used his blankie for security but also to hide the fact that he was a constant thumb sucker.” Childress says once she took away her son’s blankie, he quickly transferred his devotion to his beloved pillow pet, but continued to suck his thumb.

While blankets or stuffed animals are usually deemed as a somewhat positive attachment, thumb-sucking and pacifiers tend to be looked at in a different light.

Nancy Raines is a lactation consultant for HCA Hospitals. She admits that there are many pros and cons when it comes to pacifiers, from day one. “Use of a pacifier is a parent’s choice. As far as breastfeeding goes, I would hold off on using a pacifier until you are successful with breastfeeding. In the first days of life when your baby is interested in sucking, offer the breast.” Raines advises though to be aware of how often the baby wants to nurse. “Once your baby is breastfeeding well, you may notice that some of your baby’s sucking is for comfort rather than for food,” says Raines. And no new mom wants to double as a pacifier.

Raines says when breastfeeding has been established, your baby will probably switch between the breast and thepacifier without any problem.

Elizabeth Miller, DDS, pediatric dentist in Richmond and mom of two-year-old Douglas, says that babies immediately begin suckling whether it’s with the mom breastfeeding, on a bottle, on a finger (a caregiver’s or their own), or a pacifier. The pacifier can especially become a lifesaver for new parents. “For many parents,” she says, “the pacifier becomes an instrument to help calm the child when they are crying, hold them over until it is time for them to eat, or to help the child fall asleep.”

Pretty soon though, this comfort item can lead to non-comforting issues for children and their parents. Debra Arnold, a speech pathologist for Chesterfield County Public schools, believes pacifiers need to be given up after 18 months. “They begin to influence the shape of dental arches often causing protrusion of the maxillary arch and promote the infantile suck pattern. Also, some children end up with a frontal lisp on S and Z sounds.” Arnold recommends using a needle to poke a hole in the pacifier. This should effectively cause the child to lose interest in the pacifier because it is not working properly.

Dr. Miller. “Your child can more fully understand that the pacifier or fingersucking is only for babies, and you can find a creative idea to help them break Jill Lutz, of Bon Air was creative when she had the Easter Bunny take away her daughter Claire’s pacifier. Mary Precopio, from Midlothian, used the speech pathologist’s trick. “I cut the tiny tips of all of Kate’s pacifiers. She still dance, swim lessons, science, and others January 2013 49 open, which allows secretions from the throat to seep into the middle ear leading to middle ear infections.” Bottom line? According to Dr. Miller, if your child is constantly battling middle ear infections and using a pacifier, you may want to consider removing the pacifier.

For finger-suckers, Dr. Miller advises putting something on the hand like a Band Aid, glove, or even an Ace bandage. “Ultimately your child needs to want to stop sucking their fingers for these tricks to work. So convincing them of the need to stop the habit is your first goal.”

With eliminating these habits, sooner is always better than later. “The earlier you approach this issue with your child, the easier it will be for both you and your child to get rid of the habit,” says Dr. Miller. “Your child can more fully understand that the pacifier or finger sucking is only for babies, and you can find a creative idea to help them break the habit.”

Jill Lutz, of Bon Air was creative when she had the Easter Bunny take away her daughter Claire’s pacifier. Mary Precopio, from Midlothian, used the speech pathologist’s trick. “I cut the tiny tips of all of Kate’s pacifiers. She still had them to hold for security but they didn’t work,” says Precopio. “I’ll never forget her searching desperately for one that worked. But after one or two nights, she was just fine.”

As for kindergarten-bound Aidyn, his mom ended up doing what many parents do. She simply took the pacifier away. “We talked with Aidyn about how grown up he is and then went to buy him a book bag for school. He hasn’t mentioned it since. He is happy in kindergarten and feels like a really big boy!” For a parent, just knowing that your child is now secure and happy can be your own greatest comfort. 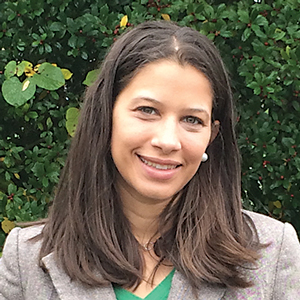