What's a Parent to Do?

The clock is blinking 2:00 a.m. as you drag yourself out of bed. Baby has a cold, and if baby doesn’t sleep, nobody sleeps. As you stumble to the crib, you have that sense of parental helplessness, wondering if there is anything you can do. Before this leads you to the medicine cabinet, think again.

Repeated studies have failed to show the efficacy of over the counter (OTC) cough and cold preparations. They simply do not work, and in little ones, they may make matters worse. In infants, drying up secretions can make the mucous thicker and harder to clear. A cough is a protective respiratory reflex that guards little lungs and should not be suppressed.

Furthermore, these preparations have been attributed to serious and life threatening side effects. A report from the Centers for Disease Control stated that from 2004 to 2005, roughly fifteen hundred children under two were treated in emergency rooms nationwide for adverse events related to cough and cold medications. The publication went on to say that three deaths in infants under six months were attributed to use of these products.

Several months later, an FDA public health advisory recommended that OTC cough and cold products not be used to treat children under the age of two. The agency also committed to conducting further studies regarding the use of these products for kids from two to eleven.

You might be asking, “But what can we do? After all, it is the middle of the night!” Many of the home remedies we have used through the years are much more effective than the marketed elixirs. They include saline nose drops and bulb suction, elevating the head of the bed, and chest physical therapy. Reducing fever with acetaminophen or ibuprofen (if your infant is over six months) may help them rest or take fluids better.

Some pediatric providers recommend a cool mist humidifier. I like to offer more humidity through a shower treatment. Take your child into a very steamy bathroom. Let them nurse or sip warm juice if they are old enough. This may break the cycle of the cough and soothe irritated airways. Look for these suggestions and others on the AAP website: HealthyChildren.org.

Remember, the typical cold may last anywhere from one to two weeks. You don’t have to go it alone. It is never a mistake to consult your pediatric health care provider. This is particularly important if your child has a fever and is under four months old, persistently cranky, lethargic or sleeping poorly, breathing rapidly, coughing excessively, working harder to breathe, not taking fluids well, or causing you extra concern.

When in doubt, remember this: You know your baby best, and pediatric providers take your concerns very seriously. 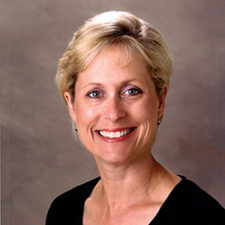