She's the Boss in the Water

“Don’t be fooled,” laughs Kerin Morgan, owner of Richmondbased Morgan Swim School. “Kids can do so much more than you think.”

It is the last lesson of the day for Morgan, whose 16-year-old school has helped thousands of kids learn to swim, and she is up to her waist in the chlorineheavy water at the Courtyard Marriott’s pool in Glen Allen. Morgan and her staff of 30 instructors – which includes most of her own 11 children – teach year-round at public and private pools all over the Richmond metro area, and as far as Fredericksburg and Virginia Beach.

Today, Morgan’s pupil is 3-year-old Campbell. As she helps him learn to float on his back, he accidentally chucks her on the nose, just missing the wet glasses perched there. But Morgan doesn’t miss a beat. Despite Campbell’s fear of the water coming up around his ears, she gets him to clasp his hands over his head and kick his way to the other side of the pool. (Morgan remains within an arm’s length the whole way.) When he gets to the other side, the grandmother of three hoists the boy onto her hip and, in a gravelly voice that rises above the din, says, “Good! You did it!” Campbell beams.

This wasn’t the scene I expected. I thought there would be more tears, or perhaps – dare I say it – even some shouting to get kids to cooperate. I had heard that Morgan has been called the “Swim Nazi” due to her firm my-way-orthe- highway approach to teaching kids to swim, a nickname she shrugs off: “I can’t be concerned with what people think,” she says. “My eyes are on the goal. I know what I’m going to get in a few weeks [of swim lessons]. Kids having more fun and being a lot safer in the water.”

And that’s why Priya Biju of Richmond is here today with 5-year-old Rishan and 9-year-old brother Rayhan. The kids are enrolled in Morgan Swim School’s 8-Day Blitz – the school’s core class comprising half-hour private lessons, eight days in a row at a cost of about $240 per child. “I don’t need to worry about them getting into the water anymore,” says Biju who waits in the hotel lobby for the lesson to finish. Parents are not allowed poolside by the way – first rule of Morgan Swim School: No hovering. And that’s not all. Morgan makes it clear to her students that when they are swimming with her, she’s “the boss.”

Morgan, a native of Fort Worth, Texas, started teaching swimming when she was ten years old. By age 12, the competitive swimmer and young entrepreneur had started a swim school in her backyard pool. “I have spent only two of the last 43 years not teaching swimming,” Morgan laughs. In 1995, soon after she and husband Bob moved to Richmond, Morgan started the Morgan Swim School to bring in extra money. “We were a large family living off a very modest income,” she explains. At first she taught in the family’s backyard pool, but the demand for her lessons grew so high that neighborhood zoning laws shut her down. She moved the operation to a network of private and public pools and between April and August of 2010 alone, Morgan Swim School taught 2,500 kids.

To what does Morgan attribute the school’s success? “We give kids parameters and boundaries and then we reward them.” Morgan’s method of instruction includes a promise to kids that they’ll never have to do anything for more than five counts, and she says the instructors stick to that promise. “That way, kids grow to trust us and feel comfortable in the water.” But, says Morgan, “Swimming shouldn’t be fun and games until kids are accomplished swimmers.” She likens water to the roadways: “Would you let your kids play with toys in the street? That pool is I-64 – it’s always dangerous.” As we talk, she’s keen to emphasize that Morgan Swim School, which also has operations in Raleigh/Durham, North Carolina, and Fort Worth, Texas, where Morgan’s extended family is located, is not just about learning to swim, it’s about building character: “It breaks my heart to see kids become enslaved to their anxieties when I know they could get past it. We don’t believe children’s emotions gauge what they can do.” Where other programs may allow children who are fearful of the water to sit out and watch, Morgan says her approach helps kids work through their fear by teaching them skills like rolling on their backs so they can breathe should they fall into water. And it works. Says Rayhan Biju: “I know if I get stranded in the water I can float and be okay.”

“My mom can be awe-inspiring,” says Jen Morgan George – the second eldest of the Morgan children and director of training and program development at Morgan Swim School. George says parents often express surprise at what their children accomplish in the pool in a short period of time. “I think what draws parents to the program is that first, there are great results, but we also address more than swimming. Kids gain confidence.”

But it’s not for everybody. Tim Morgan is the oldest of the Morgan children and a former sheriff’s detective who moved his family back to Richmond last year to become director of operations for the school. This father of three says, “Parents who pull their kids out usually do it on day one or two. Some parents decide the anxiety isn’t worth it.” But, he adds, “As kids develop swimming skills, it enhances a family’s quality of life – the family can enjoy going to the pool without being a nervous wreck.”

Tim Morgan points out that it takes just 30 seconds for a child to drown, and indeed, the statistics are sobering. According to the Centers for Disease Control and Prevention, fatal drowning is the second-leading cause of unintentional injury-related death for children ages one to 14 years. For children one to four years, drowning is the leading cause of unintentional death.

Lest the Morgan method be considered all work and no fun, as I am about to leave, an ebullient – and dripping – 5-year-old Sarah Pryor is eager to show me the ribbon she just earned during her lesson. “I like doing the ‘turtle’ the best,” says the kindergartner who has completed three 8-Day Blitz sessions. “You know!” she says impatiently. “When I get to blow bubbles!” 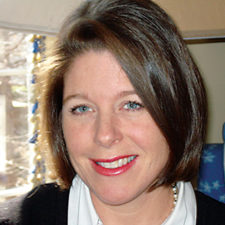 Erin Parkhurst is a freelance writer and editor and mother of three. She lives and works in Richmond.