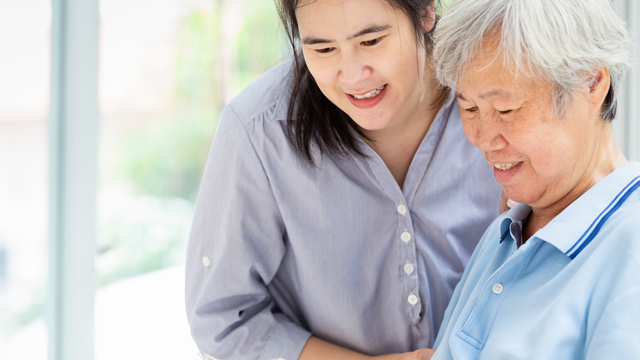 Kate Turner is a member of the sandwich generation. She’s a caregiver for her mother Maxine who has Alzheimer’s disease, and she’s a mother with young children. She’s also a founding member of a support group for millennials in the same situation.

“When you are taking care of a parent with Alzheimer’s and have small children, you want to be with people in the same boat,” says Turner about the Alzheimer’s Association support group for people in their thirties and forties. “It’s good to be with people like me. We’ve become friends who encourage each other and share resources, doctors, and more. We cry and we laugh.”

When Turner and her brother learned their mother had mild cognitive impairment (MCI) in 2016, she was at a loss until she reached out to the Alzheimer’s Association and talked to Jessica Samet, a care consultant at the Greater Richmond Chapter. “Jessica was calming and helped us develop a roadmap,” says Turner.

Turner’s mother, who has since been diagnosed with Alzheimer’s disease, is still very active. Recent restrictions due to the outbreak of COVID-19 at the assisted living community where Maxine lives have made life difficult. “There’s not much on the activity schedule, and there’s a strict no-visitor policy in place because of the health risk,” says Turner, who has orchestrated heartbreaking no-contact visits between her sons and their grandmother.

To stay in touch with the support community, Turner is using online resources. “I am a participant in the Alzheimer’s Association-sponsored virtual support group,” Turner says. She also joins in Maxine’s Joyful Voices, a community chorus for singers with Alzheimer’s or dementia and their caregivers.

Marie Kolendo, senior executive director of the Alzheimer’s Association Greater Richmond Chapter, says the organization provides information and assistance to people who have Alzheimer’s disease and the people who love them and care for them.

“Our free education programs, available online and in person, feature information on the ten warning signs of Alzheimer’s, living with the disease, caregiving, and healthy lifestyle choices for the brain and body,” says Kolendo.

In the greater Richmond region in 2019, close to 5,000 individuals attended an education program or professional training program sponsored by the Alzheimer’s Association to enhance the quality of care in residential care facilities and at home.

“It’s our hope to reach even more people in 2020 through education and services,” says Kolendo.

In fiscal year 2019, the Alzheimer’s Association Greater Richmond Chapter provided care and support services at no cost to more than 7,000 individuals who have been impacted by Alzheimer’s disease or another form of dementia.

More than 800 individuals with early stage dementia and their care partners and/or family members participated in a support network for encouragement, advice, and social connections through the organization’s 30 support groups in the area.

1,335 individuals received personalized care planning or found a compassionate specialist through the helpline by calling 800-272-3900.

81 families caring for a loved one with Alzheimer’s throughout the Greater Richmond area received grant funding for respite services.

Alz.org is designed to inform and educate multiple audiences, including those living with the disease, caregivers, and professional healthcare providers.

For reliable information and support and to learn more about support groups in the Greater Richmond area – including Kate Turner’s group for millennials – visit Alz.org/grva or call the 24/7 Helpline: 800-272-3900. 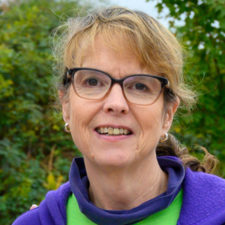 Mary Sandridge is the director of marketing and communications for the Alzheimer’s Association Greater Richmond Chapter. 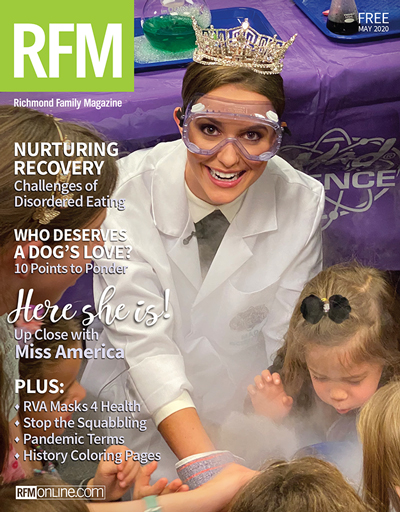