Visit DC With the Family

Richmonders rejoice! We’re just two hours from our world-class national capital and a vast selection of entertainment options. There’s no better time to enjoy its plays and parades, light shows, and musical performances than when the city is alive in the spirit of the season and splendidly decorated for the holidays.

Each year, the official lighting of the National Christmas Tree kicks off the Washington holiday season. The President lights the live tree in President’s Park on the Ellipse, south of the White House, signaling the start of the December festivities with a call for peace. Kids young and old love the model trains that chug around its base. Park Service rangers give tours in the late morning and early afternoon. Look for our own state tree, along with trees from every state and US territory, on the pathway around the National Christmas Tree. Each tree is decorated with ornaments made by artists from the state or territory it represents. The tree and pathway are illuminated from dusk until eleven o’clock through the first of the year.

Free musical performances from regional artists are held nightly and Santa poses for free photo-ops in his workshop here on the grounds. After the initial tree lighting, all other holiday visits to the Ellipse are free of charge. Since parking is not available near the White House, the National Park Service strongly encourages visitors to use public transportation. The closest train stops are Metro Center, Federal Triangle, Farragut North, Farragut West, and McPherson Square. This is a good reason to consider taking the train into Washington’s Union Station from Richmond. Three departure points make it convenient: downtown’s Main Street Station, and the Staples Mill and Ashland stations.

Also on the Ellipse near Constitution Avenue, the National Hanukkah Menorah is lit every year at the beginning of the Jewish celebration of lights. The lighting ceremony continues each night for the eight days of Hanukkah. Musical acts, including the “President’s Own Marine Band” perform. Plus, hot latkes and donuts are served to commemorate the holiday. You’ll need tickets for this one.

For a gigantic Hanukkah Wonderland, take the family to Tysons Corner, where Chabad-Lubavitch offers cultural insight into Hanukkah traditions mid-month by baking challah bread, pressing olive oil, and designing crafts and puzzles. A Hanukkah Lego Land, sing-alongs, magic shows, and a deli and gift shop make for a festive atmosphere amid the hubbub of holiday shoppers.

Celebrate your holiday traditions on ice at the outdoor Pentagon Row Ice Skating Rink with a carving and lighting of a menorah on ice, Thursday, December 18. Skating, hot latkes, and kosher hot dogs are all part of the rink’s Hanukkah celebration.

For a limited time in December, ice skating is also a holiday tradition at the Smithsonian’s National Gallery of Art Sculpture Garden.

Two days before Christmas, families can take part in a popular sing-along with a 200-voice choir and award-winning soloists as the joyful strains of the Messiah fill the chambers of the elegant John F. Kennedy Center for the Performing Arts. Beginning at six o’clock, the Kennedy Center distributes free tickets (one per person in line) for this show. Of course, you can also purchase seats for other performances of Handel’s masterpiece. For younger audiences, Knuffle Bunny, A Cautionary Tale, is part of the Kennedy Center’s series of performances starting mid-month and going through the New Year. Also in the Kennedy Center, A Candlelight Christmas features the Washington Chorus and a candlelight procession amidst big brass, percussion, and organ music.

Whether you arrive in DC by train or by car, you’ll want to visit Union Station and its beautifully appointed shops. Be sure to take your children to see the Norwegian Christmas display here with its sophisticated and mesmerizing model train exhibit. The trains run through a replica of a Norwegian landscape, complete with fjords and mountains.

While in Washington, make time to tour Ford’s Theatre for an understanding of its important place in history. According to 1865 Matthew Brady photographs, today the Lincoln box seats look just as they did 146 years ago. Ford’s Theatre re-opened in 2010 after extensive renovation with new seats, upgraded sound and lighting, and better accessibility. When you attend a performance of A Christmas Carol at this historic venue, you’ll feel transported to the days of Charles Dickens, who penned the story in 1843, endeavoring to “raise the ghost of an idea.” Acclaimed actor Edward Gero returns to Ford’s to play Ebenezer Scrooge. For those with hearing impairments, signers will interpret two performances. The play runs all month except New Year’s Eve.

Another holiday classic to consider, The Nutcracker, will be performed throughout Washington, but there’s just one Washington Ballet version. You can see it at Warner Theater with over two hundred Washington-area youngsters, a George Washington Nutcracker, and a Rat King George. It runs all month until Christmas.

Each year, Old Town Alexandria, the eighteenth-century seaport town on the Potomac River, celebrates its Scottish heritage in December. The first weekend of the month, hundreds of Scottish clansmen and bagpipers march in an annual parade through the same streets that George Washington walked. Boats in the harbor here are decorated for this event offering a unique light show on the water for families.

A trip to DC wouldn’t feel right without visiting your favorite Smithsonian museums. There are lots of choices, from art and history to natural wonders. If viewing exquisite plants are your thing, you and your kids will enjoy seeing the National Botanic Garden’s imaginative replicas of Washington’s most famous buildings made from plants. The National Zoo, another family destination no matter the time of year, is also bedazzled in lights for the holidays.

A visit to the Mall calls for a trip to the intriguing Smithsonian Castle, the headquarters of the Smithsonian Information Center. Children will be fascinated with the Castle exhibit on light as a symbol of discovery, as well as activities that teach children stories of light. At a touch-screen table, children can use a prism to refract white light into a rainbow, explore the sun at various wavelengths, and use a stick to build and start a fire. The Smithsonian’s Discovery Theatre at the Dillon Ripley Center celebrates Seasons of Light by exploring the customs of Diwali, Ramadan, Sankta Lucia, Hanukkah, Kwaanza, Las Posadas, Christmas, and the First Nation’s tradition of Winter Solstice.

Whatever convention calls for, you can always make room for new celebrations. Start your own tradition with a holiday trip to Washington and make memories you’ll want to share for generations. 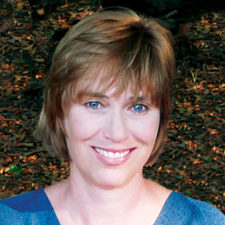 Sue Bland lives in Hanover with her husband and two kids. She writes about travel in the mid-Atlantic.