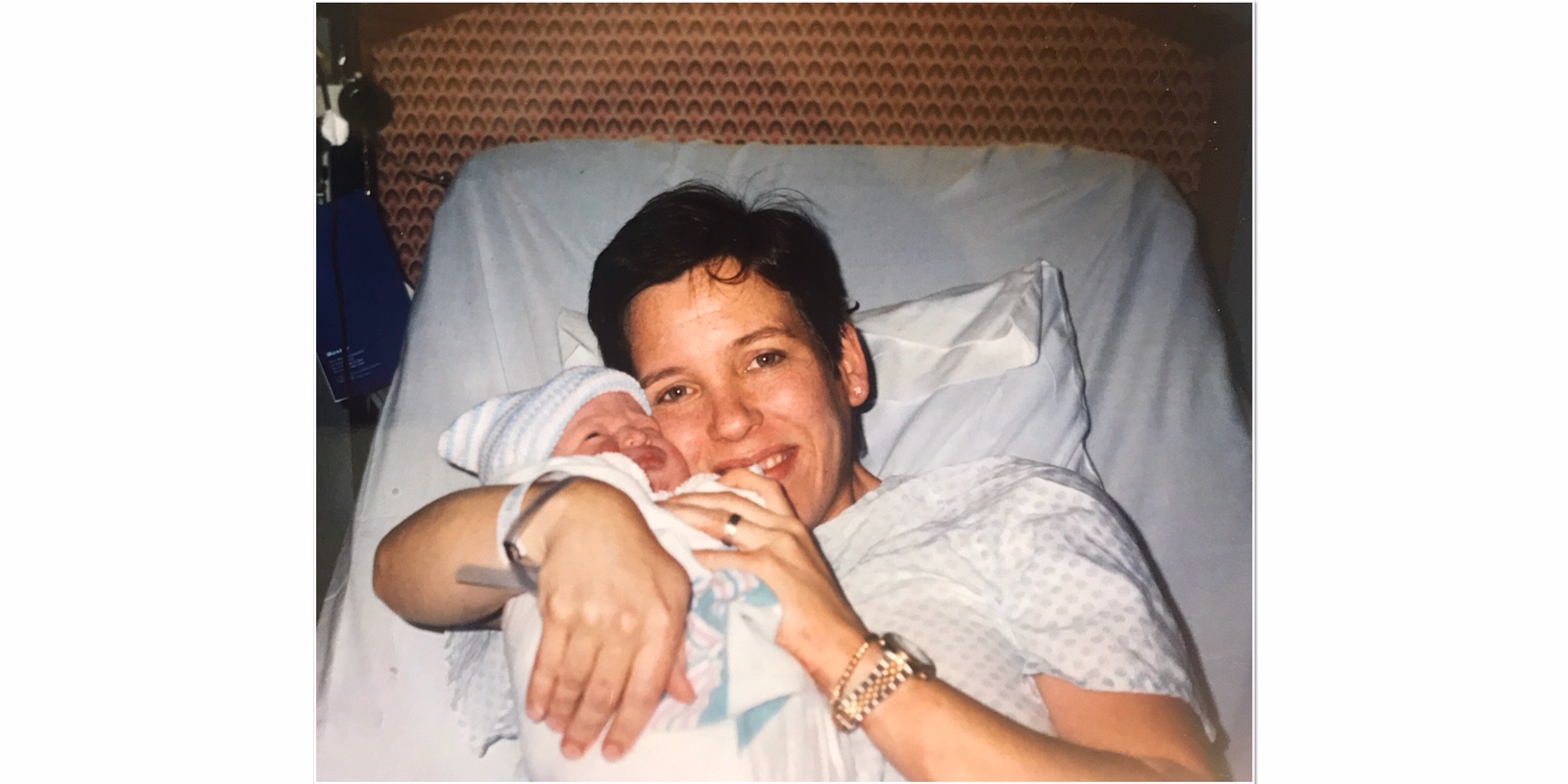 Born to bear!  is what my dad used to say about me, the youngest of his five daughters. And although it embarrassed me a little (I liked to think I had at least a few other things going for me), I got used to it the more I heard it.

And I heard it a lot.

You see, when it came to wisecracking, my dad was a firm believer in the power of the well-chosen word, repeated over and over and over again. Which is why, to this day, when I hear the word “Ukrops,” my northern dad’s favorite joke about the South –  Shouldn’t it be Y’all-krops? – replays in my head. And I still laugh.

Anyway, he was right about my proclivity for childbirth. Although I can feel the shade from some of my mompadres when I talk about the efficacy with which I labored and delivered, I do share my birth story, if only to let first-timers know it’s not as scary as some can make it out to be. Moms and dads (but yeah, mostly moms,) like to talk about the day they became parents. Over the years, I’ve heard women go into great detail about their multi-day labors, nightmare episiotomies, and forceps deliveries. I’ve also heard new fathers talk about the back labor and the broken tailbone and the epidural that never kicked in – like they were the ones pushing out the little darling. A friend told me once she appreciated hearing these horror stories when she was pregnant because it prepared her for the worst. To each her own.

So here’s my story: Four hours from start to finish, no drugs, no stitches, and a baby girl is born. The last time I shared the details of my first daughter’s birth in a group, it was at a baby shower. And someone threw a cookie at me. Interestingly, at the same shower, a veteran mom who’d had each of her three children by C-section confessed that she’d always felt a little like an outsider because she hadn’t been able to give birth “the right way,” whatever society has decided that it.

And the sad thing is, even my dad, whose limited experience with childbirth consisted of sitting in a waiting room with celebratory cigars at the ready six times over, had a preconceived idea of what giving birth “the right way” looked like. Let’s just say becoming a mother is challenging enough without constant worry of being judged on how you do it.

Of course, we all know that none of it matters the second you’re holding your child. And as I’ve reminded my daughters numerous times: What woman would be willing, or physically able to have two or three or eight or nine kids – if it were such a ghastly experience?

While reading this month’s article on the Richmond-based nonprofit, Midwives for Haiti, it occurred to me that white American women – most of us anyway – whether we’ve had 24-hour labors, C-sections, or practically sneezed out that last baby  need to realize how incredibly blessed we are. In Haiti, Sherrie Page writes, being pregnant can be a death sentence. Often, babies are delivered on dirt floors, without benefit of clean running water or electricity. Not only is a woman leery of becoming pregnant in many cases, the family will put off naming their little one because the chances the baby will live are so slim. Can you imagine?

Maybe the friend who told me she liked hearing the pregnancy horror stories was onto something. Maybe reading about the resilience of these Haitian women has given me a new perspective on childbirth and parenting as well.

Many of us are years removed from the baby days; others are looking forward to this incredible adventure for the first or second or third time. We all have lots of parenting ahead of us. Ultimately, the volunteers and midwives in Haiti work tirelessly to achieve this one objective: keep a woman alive through childbirth so she can have the privilege of parenting her child.

And that’s something I will not take for granted ever again.