Why They Do The Things They Do

Ever wonder what makes boys and girls so different? Beyond the obvious, of course. Just what makes boys tick? Jen, a local mom of three young children wonders, “How do boys’ brains work? I’d love to be a boy – just for a day – to try to understand.” Another friend can’t get over how her sweet, lovable son turns absolutely everything into a gun. Chopsticks. Toilet paper tubes. Markers. You name it. I myself wonder how my own son seems to transform into the Energizer Bunny at times.

From birth, boys’ and girls’ brains are different.Contrary to stereotype, due to more androgen, boy babies are more emotionally vulnerable than female babies, who are typically better at self-soothing. By the time they become toddlers, boys throw a ball more accurately, while girls are usually more expressive. Our neighbor, Mackenzie, can attest to this one. “My 3-year-old daughter is able to put words to her feelings much better than my 7-year-old son,” she says.

Why is this? Abigail Norfleet James, PhD, a renowned author and expert on genderbased brain development and learning, explains it. She says researchers know that in girls, the left side of the brain, the side responsible for verbal skills, develops first. Conversely, in boys, the right side of the brain, the one responsible for spatial reasoning skills, develops first. So what, if anything, should parents and educators do to address these differences? With your son, reading aloud early and often and asking him to retell stories, as well as playing word games, will help develop the verbal skills he’ll need to be a strong reader. Encouraging girls to build with clay, knit, and do things in three dimensions when they’re young will help develop the spatial skills they will need to achieve in math.

What about boys who seems to bounce off the walls? According to Dr. James, due to boys’ high energy level, it is critical for them to have time to express themselves by Being active, both at home and at school. Jen reports, “My daughter wants to relax and be quiet after school, whereas my son feels like he’s been restrained and wants to get outside and be active.” While boys often release their energy through what we term roughhousing, Dr. James points out that roughhousing and fighting aren’t the same animal. “Boys need to be allowed to engage in this activity [roughhousing] because through it, they’re learning how to communicate,” she says. “They learn that fighting doesn’t work, but they need to learn this early so it doesn’t escalate and involve knives and guns when they’re older.”

Still, while their play is generally more active, why do many boys turn everything into guns? Marge, mom of two grown daughters and one son, says parents shouldn’t worry too much about this. “My son was always drawn to guns despite my initial desire to limit his exposure.” However, she adds that after realizing her husband and brothers shared the same attraction and didn’t grow up to be violent, it probably didn’t need to be such a concern. Child psychologist Michael G. Thompson, PhD, concurs. In the best-selling book and subsequent PBS documentary, Raising Cain, he states, “We know that boys in all cultures around the world wrestle more, mock-fight more, and are drawn to themes of power and domination, but that’s not the same as hurting someone, so it’s not necessarily a cause for worry.” He explains that when boys play act out a game of “good guys and bad guys,” unless the play escalates into physical harm, they’re just playing.

Just as boys’ play may be misinterpreted, So might that trademark energy level. The US Department of Education reports that boys are five times more likely to be classified as hyperactive than girls of the same age. While this is an alarming statistic all by itself, the finding begs other questions. Dr. Thompson points out, “A small percentage of boys, perhaps three to five percent, are so distractible, impulsive, and have so much difficulty following conventional rules, that they find school unbearable. As greater numbers of boys are diagnosed with ADHD, we have to ask: Are they being diagnosed because they are genuinely learning disabled, or are they being medicated because they are boys?”

Concerns like this might be part of the reason some parents of boys opt for a same-sex learning environment in which educators implement different strategies for teaching boys. In Richmond, all-boys schools such as Seven Hills and St. Christopher’s School strive to address boys’ learning differences by providing plenty of active gym and recess time every day, athletics, opportunities for expression and outdoor discovery, smaller classes, and a combination of required and free reading.Additionally, the schools try to provide clear guidelines, expectations, and routines as part of the established curriculum.

Aside from differences in the way they learn, boys also differ from girls socially and behaviorally. As Dr. James points out, “Adolescent males get more social support from [male] friends than they do from parents or girls.” Generally, when girls don’t have access to social support, they tend to become isolated and deal with problems internally. Older boys, however, might look for other coping remedies.According to both experts, Drs. James and Thompson, this means boys may be more vulnerable to substance abuse problems.Social interaction, healthy friendships, and communication are the way to get around this and encourage boys to make smart decisions as they mature.

How can we get boys to open up? Father and educator Phil Spears, who has been with St. Christopher’s for twelve years and currently heads up its middle school, has this advice for how to connect with boys. “When I talk to parents of middle school boys, I always stress these points: laugh, praise, and cheerlead; listen more than you talk; and remember that you’re being watched like a hawk.” In other words, according to Spears, parents need to walk the walk.

The gender expert behind Raising Cain says another important difference to note is a boy’s inclination toward impulsive behavior. According to Dr. Thompson, as boys get older, if impulses aren’t channeled appropriately, their feelings can escalate and result in poor choices. Liz, a mom who lives in Glen Allen, says, “I worry about my sons getting pulled into a group of boys who engage in risky behavior because they feel this is what they have to do to be considered macho.” This is a legitimate concern, says Dr. Thompson, who shares that even at eighteen, a boy’s frontal lobe, which controls judgment, is still developing. This is why good role modeling is so important, and as Dr. Thompson states, we have to work on the definition of manhood so that boys understand that being a man means being responsible, caring, and emotionally available.

So how do we raise boys who possess all of these qualities? Dr. Thompson says the key is to help boys find an area where they can shine. This may be through sports, the arts, music, leadership, service, or mentoring programs. As parents, we need to help guide boys so that they learn how to constructively express themselves, be team players, and possess good character. These qualities will help them grow into the kind of men we all want to know, and can be proud we had an important part in raising. 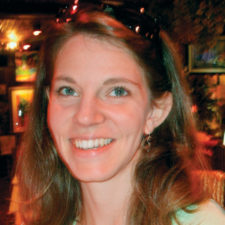 Jenny Adlakha is a freelancer who writes about parenting, education, and healthcare. She lives in the West End with her husband and their two young children.