Playing, Watching, and Celebrating the Business of Play

Most mornings, before the sun even comes up, 15-year-old Atesh Camurdan wakes up and heads out the door to the pool at NOVA of Virginia, an aquatics facility in western Henrico County. Why? “There’s a sense of community among swimmers that makes me want to wake up at four in the morning,” he says. “It’s a very rewarding challenge. You put a lot of hard work into it, but you see great results from it.”

With ribbons, medals, and records to his credit, he does have great results. But so does Central Virginia, which reaps the rewards from athletes like Atesh, a sophomore at Trinity Episcopal School, and thousands of other families who support facilities and put Richmond on the map as a community that values sports.

Like many student athletes and their families, Atesh and his parents schedule vacations and other activities around swim meets. “But I don’t feel like I’m giving anything up,” he says. “I miss a couple of days of school occasionally, and I have less practice time for piano and cello.”

In and out of the water, sports are an important part of the lives of many Richmond families. Take the Robertsons of Henrico. Twelve-year-old Mae is a seventh grader at Pocahontas Middle School and has played soccer since she was eight. Like her two sisters before her, she joined the Richmond Strikers club. “I like to play because it’s really competitive. And it’s taught me to balance activities like school and three days of practice a week.”

Mae enjoys meeting new friends through travel soccer. And her father, Chris, is glad his kids have had opportunities to play sports. “It’s important to me that they have the experience,” he says. “I grew up playing sports, and I learned so much relative to teamwork, leadership, and challenging myself to be the best. Other things they’ll do in life will involve them having those skill sets. Having experienced it, they’ll recognize and appreciate good teamwork, good leadership, and having fun.”

Mae says she’s already learned those lessons. “You have to play together as a team to be able to win.”

When they’re not playing sports, the Robertsons agree that watching sports as a family is a great way to bond. They’ve traveled to see the women’s national soccer team and are looking forward to this spring’s Jefferson Cup soccer tournament where two professional teams will play, in addition to the youth. The annual event is expected to draw more than 60,000 players, parents and spectators to Central Virginia.

As an added bonus, Chris notes, driving countless carpools over the years gives parents a chance to listen to some pretty interesting conversations. As the Robertsons and other parents know, having a child – or many – play travel sports includes a lot of creative carpooling. Weekends are often spent on the road to games or meets, and volunteer hours sometimes are required. It’s also a financial commitment, though many organizations do offer financial aid to athletes.

Some parents hope it’s a worthwhile investment that will lead to college scholarships; others just want to ensure that their children are staying healthy and having fun. Though college is a few years away, Atesh and his mom, Yujie, spent spring break touring campuses. “I do hope to swim in college and hopefully get a scholarship,” he says, which is part of the reason he keeps getting up at four in the morning.

Being part of a travel club team means playing host when other organizations are in the Richmond area.

“When tournaments come to town, it’s kind of fun,” says Mae. “You get to play against different people – and it’s fun to know that I’m representing Richmond and my team.”

Atesh agrees, and says it’s great to race competitive athletes in his home pool. “You get to see the cream of the crop of swimming.”

Those visiting athletes and their families are a big economic driver for the area.

While spectator sports are important – consider the crowds who come to see NASCAR races and the Washington Redskins training camp, as well as the Richmond Kickers and Flying Squirrels – Richmond is also very invested in participatory sports.

The Anthem Richmond Marathon in November, Dominion RiverRock in May, and the USA Softball of Virginia state championship in June will draw thousands of athletes, and often their families. The impact can be huge. For example, April’s Ukrop’s Monument Avenue 10k, with a total attendance (participants and spectators) of more than 57,000, reports an economic impact of nearly $1.2 million. And that’s just for one morning.

In 2017, a Richmond Region Tourism study found that during several amateur and professional sporting events, about 90 percent of the area’s 17,636 hotel rooms were booked. That’s important for the city’s small businesses, says Jack Berry, president and CEO of Richmond Region Tourism. Sports were responsible for the top ten dates of hotel occupancy, according to a survey by the tourism office and Virginia Commonwealth University.

The biggest event cited in a recent annual survey on tourism was the IWLCA Champions Cup lacrosse tournament, held each year in June. The tournament, which draws more than 350 teams from as far away as Washington State, generally sells out in less than ten minutes, and draws college recruiters from around the country.

According to Richmond Region Tourism, more than 7 million people visit the Richmond area annually for sports; this adds more than $2 billion to the local economy. In addition, visitors are eating in local restaurants, shopping in Carytown, or visiting venues such as Kings Dominion, the Virginia Capital Trail, or the attractions of the James River Park.

Generally speaking, the kind of families who come to town for sports tend to be athletic themselves. “I’ve talked to people who are in Richmond for one thing and they’re looking for something to do,” says Virginia Capital Trail Executive Director Cat Anthony. “So they’ll hop on the trail.”

Berry notes that Richmond’s location makes the area a logical place for sports. “Look at Richmond’s central location on the East Coast – about a 2-hour drive from Washington, Salem, Raleigh, the beach, and the mountains. If there’s an event in Richmond, the operator knows that there’s representation from along the north-south highway and the east-west highway. When you have a local and regional base, national operators want to come here.”

Besides the great location, the area’s top-notch fields, pools, gyms, and facilities are beneficial to the athletes and to the region, notes J.C. Poma, sports development manager at Richmond Region Tourism.

Jon Lugbill, executive director of Sports Backers, defines two kinds of sports tourism. “One, obviously, is bringing people here to stay in hotels. “The other is marketing Richmond’s best attributes to local people. We call it ‘place branding.’” Lugbill says that kind of marketing can have more value than the dollars from booked hotel rooms.

“Place branding might not seem as tangible as x-number of dollars of economic impact,” Lugbill adds. “But we think it’s changed Richmonders’ psyche about how active and vibrant the community is that they live in.”

Hunter Leemon, executive director of Sportable, an organization offering twelve sports for athletes with physical disabilities and visual impairment, notes that the benefits of sports tourism help define Richmond’s identity. For example, he notes, a family may come to Richmond for a sports tournament, but then the family will shop at local stores, and parents may find time for a beer at one of the area’s thirty-two breweries – most of which are family-friendly. They’ll have a good time, and consider coming back again, adds Leemon.

Lugbill agrees that the area’s enthusiasm for athletics is a draw. “Our facilities have been developed, like the River City Sportsplex, Greenwood Park, and the aquatics centers. Because of the high-quality facilities and because our community is so supportive, organizations want to host events here.”

Lugbill says Richmond is the most physically active area in the Southeast. “We are way ahead of our peers like Raleigh, Charlotte, Jacksonville, or Nashville, even though some of them have a younger demographic. We are more active and participate more than all of our peers.”

And in Richmond, that participation seeks to include communities of all abilities along the entire socioeconomic scale.

The funds that Sports Backers collects from its events, along with grants, help the organization support programs such as its Kids Run RVA, which helps students in lower income neighborhoods find sports opportunities. In a year’s time, the initiative offered 1,853 complimentary entries to running events and donated 128 pairs of shoes to kids in need.

Accessibility to sports for all interested athletes is part of the area’s appeal – and sets it apart from many places. Elijah Bondeson, nineteen, moved to Richmond from Maine several years ago. “When I moved here, I was happy to find Sportable and to have the chance to play a lot of different sports,” he says.

Elijah, who uses a wheelchair because of spina bifida, is a member of the Sportable Spokes basketball team which travels on the east coast for tournaments. Richmond is gaining attention in the world of adaptive sports, hosting a wheelchair basketball tournament this past October that attracted twenty-eight teams from across the nation. The Spokes recently won the Katie Kirlin Jr. Wheelchair Basketball Tournament in Philadelphia before traveling to Georgia for the Big Peach Slam Tournament.

Thanks to skills honed on local courts, Elijah hopes to continue his basketball career by playing wheelchair hoops in college next year, hopefully alongside some of the friends he’s made on other teams.

“We do a lot of recruiting tournaments here. That benefits Division 1, 2, and 3 schools that have collegiate programs. Their recruiters are oftentimes traveling across the country to recruiting events to look at players, but when those same players come here, [recruiters] can save time and money, and spend more time on the field with athletes.”

In addition, she said, while in town for a tournament, an influx of high-school athletes usually heads over to the local schools for campus tours and information sessions.

The Triple Crown Baseball championships, for example, draw more than thirty college coaches/scouts including University of Virginia, University of Richmond, VCU, and Randolph-Macon. The event is one of the premier college showcase events in the country for high school-age teams.

Poma, who played football and baseball at UVA, recalls that when he was growing up in the area, sports tourism hadn’t taken off yet. “We had to spend thousands to travel to get recruited. Now, when you look at these local athletes, they can stay home and get recruited.”

Showing off our Hometown

Sports have become a source of pride for the area. Anthony notes that they see very high usage rates on the Capital Trail during the holidays. “I think that’s because Richmonders want to showcase the trail, to show it off to their families.” She’s been pleased to see how many locals are regulars on the path between Richmond and Williamsburg.

The organization’s signature event, the Cap2Cap bicycle race in May, draws participants both locally and internationally, she said.

Longtime Richmond-area residents sometimes express surprise that our community is viewed as such an active sports town. Richmond Region Tourism’s Berry, who’s had a bird’s-eye view, has seen it coming.

“In the past five years – while you weren’t looking – Richmond got cool. And we emerged as a tourist destination unto ourselves, coinciding with exponential growth of the sports tourism market. We’ve become quite the destination.” 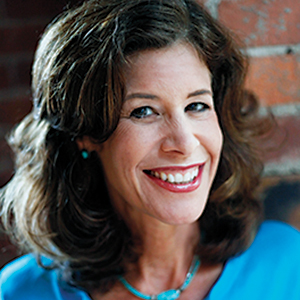