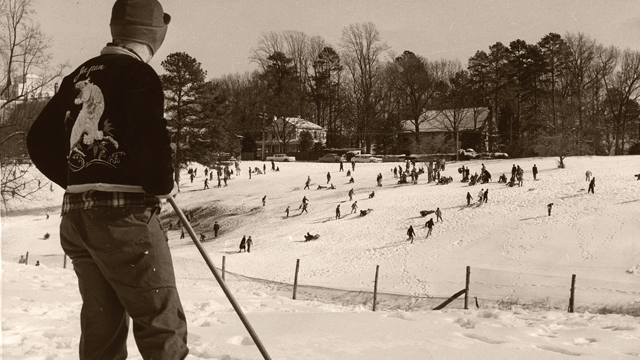 In August 1908, 387 stock-holding members organized a private club called the Old Dominion Country Club before realizing that the name was already taken.

Under a new name, they raised money to buy 110 rolling, wooded acres that lay four miles beyond the western city limits. The tract featured a lake and stunning views of the James River. The next year, the Country Club of Virginia (Westhampton at St. Andrew’s Lane) built eight tennis courts, a $10,000 18-hole golf course, and a $33,000 clubhouse, all completed in time for a formal opening on June 18, 1910. 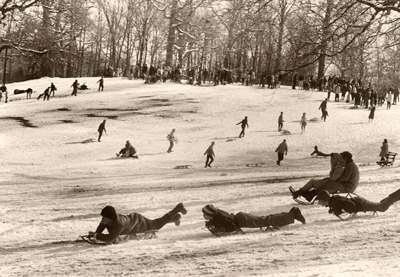 These grand opening festivities included golf and tennis tournaments, horse-jumping exhibitions, concerts, and dancing. The finished club also had kennels and stables for racing and hunting excursions, billiards, a pool, a ballroom, baths, boating facilities, and a restaurant. The hilly terrain made the golf course a challenge and therefore a tournament destination. The club, however, struggled with the problem of transportation. Initially promised regular streetcar access, members found trolley service sporadic. And the promised 30-minute ride from the Eighth and Main train station often stretched into a longer journey. But as personal car-ownership took off in the 1920s, chauffeurs became the favorite mode of arrival for the members, numbering 2,400 by 1922. Like much of Richmond, the club suffered during the Depression, with a loss of almost one thousand members from 1932 to 1933.

It also did not help increase membership numbers that the club banned popular dances like the turkey trot. Into the 1970s, the club remained exclusive as a result of high dues, membership caps, and rules, which restricted membership to white Christians. Over the decades, however, the club became more relaxed, with more diverse membership and activities. The hilly terrain, for example, became a favorite ski and sled destination for children.