Take It Outside for Child’s Health

I often wish I could write a prescription that reads: Go outside and play! Take as directed, and undirected is even better.

If daily outdoor play were a medicine, it would taste like bubble gum and be so good
the kids would take it without fussing. It would help with poor appetite and sleep problems, improve attention and mood. If it were taken every day, it would even help reduce infections. Playing outside isn’t a medicine, but it does come with so many
health benefits for your child that I want you to think about it in a new way. If daily outside playtime were a medicine, I think you’d buy it even when your health plan
refused to cover the cost. You would want that pill for your child because here’s what
you would get:

Everybody knows vitamin D is important for bone growth, but scientists know it plays many important roles in helping the immune system stay in balance. Doctors are still learning exactly how all this works, but it seems that kids with low vitamin D levels have more infections and are more likely to have allergies, asthma, and autoimmune conditions like rheumatoid arthritis.

Did you know you only get 400 IU of vitamin D in an 8-ounce glass of milk? When your child plays outside for fifteen minutes in the sunshine (wearing shorts and a t-shirt) his body makes more than 15,000 IU of vitamin D. Want to prevent illness and balance the immune system? It’s not a pill! Just send the kids outside to play. Want to know what else you get?

What makes a child physically strong and coordinated? Any coach will tell you that it’s practice. A generation ago, kids practiced when they played outside. They played tag; they climbed trees; they walked to the neighborhood swimming pool. And the sum total hours of physical activity was far greater than what our children get. Our kids have team practice, but it may not be as much or as good as unstructured outside play. According to Richard Louv, author of Last Child in the Woods, “The obesity epidemic coincides with the greatest increase in organized sports in history.” Our kids are physically active, but perhaps t-ball and soccer simply do not add up to enough practice.

As it turns out, researchers have considered this question. In Norway and Sweden, groups of children were studied over twelve months, and the kids who played in natural areas in the neighborhood (those with trees, rocks, and water) were more coordinated on agility tests and overall strength when compared to playground and sport-playing kids. But wait – at the risk of sounding like an infomercial – There’s more! Look what else you get with daily outdoor play:

Children learn a lot when grown-ups aren’t looking. When they play outside, especially out of earshot of the grownups, they have to figure things out by themselves. And they do! They need to remember to bring the baseball and the bat. They learn how to say, “Okay, but I get to be the pitcher tomorrow…” And they mess up, too. Children hurt the feelings of a playmate, realize that the game is over unless things are made right, and then feel good about being the peacemaker. Parents teach sharing and model empathy, but we also swoop in at the play date to help our children, and to avoid looking like the parent whose kid won’t share. Kids have to practice these skills. When we send our kids outside to play without micro-managing, we spare them embarrassment at the same time we give them confidence that they are capable and will work things out. I want to be the parent who loves my kids enough to let them work things out, even if I’m embarrassed a little by their less-than-perfect way of doing it.

Journalist Lenore Skenazy may be onto something when she suggests that we appreciate the value of free-range chickens more than we do the idea of free-range kids. I too have noticed that many parents are so fearful for a child’s safety that they will readily trade the chance to play outside and be independent for some perceived sense of security. Some have called it our culture of worry. Parents focus on all the possible disasters that might befall our kids when we send them out to play, but news reports of accidents and kidnapping never tell us how rare these events are. We see missing children on milk cartons and Facebook and caution signs at the playground even after it’s been rebuilt to ensure safety (and arguably, strip away all fun), but the reality is that our children’s world is very safe. How about a sign that tells parents: “Tens of thousands played here last year safely.” With common sense and weather permitting, kids can and should play outdoors every day.

As the weather warms and the out-doors become inviting, try sending your children outside for an hour. We parents shouldn’t feel guilty about asking our kids to play. It may take some practice, but like broccoli and Brussels sprouts, kids get used to things over time.

Be the confident parent who trusts your child to create outside fun and to know when grownup help is needed. Allow your kids to mess up on occasion and know that they’ll embarrass you in the very smallest of ways when someone else’s mother swoops in to micro-manage. You’re the wise parent. You know that kids should play with kids, grownups should know when to leave them be, and the healthiest kids do play outside.

Read more from Dr. Smith at the syndicated DrDownload blog. 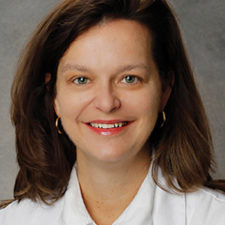 Gayle Schrier Smith is a pediatrician-mother who works with children at Partners in Pediatrics, a concierge pediatric practice in Richmond. Learn about Dr. Smith’s practice at PartnersPediatrics.com.