About seven and a half million people in the United States have psoriasis. Chances are you know someone with psoriasis or have a family member that is affected by it. So what is it? Psoriasis is often described as a chronic, inflammatory skin disease. Chronic means that psoriasis is long-lasting and inflammatory refers to the immune system reaction that produces the symptoms of psoriasis.

Psoriasis occurs in individuals with a genetic predisposition to the disease and it is likely triggered by an environmental exposure. The environmental exposures that may initiate psoriasis are not well defined, but may include certain medications, infections, stress, and injury to the skin.

Psoriasis affects more adults than children, and it occurs most often around the ages of thirty and sixty. The most common type of psoriasis is plaque type, which manifests as red, scaly, flat-topped, patches most often on the elbows, knees, scalp, and lower back. Less common types of psoriasis include guttate psoriasis, generalized pustular psoriasis and erythrodermic psoriasis. In addition, psoriatic arthritis develops in twenty to thirty percent of affected individuals and usually presents with stiffness, pain and swelling in the fingers, feet, and back.

There is no cure for psoriasis, but there are an increasing number of treatments that can significantly improve symptoms and sometimes produce complete clearing of the skin lesions. The choice of treatment depends on several factors including the severity of the psoriasis and the overall impact on quality of life.

Eighty percent of affected individuals are considered to have mild psoriasis, with the disease affecting less than three percent of the body surface area (think of the palm of your hand as about one percent). Mild psoriasis can often be successfully controlled with topical creams, lotions, ointments, or shampoos. The majority of these topicals require a prescription and usually contain a corticosteroid agent that can be used safely with adequate direction.

Moderate to severe psoriasis is treated with a combination of therapies including topical medications, phototherapy (light therapy), excimer laser therapy, and systemic treatments. Phototherapy and laser therapy are usually performed in a dermatologist’s office and require frequent visits over several weeks. The number of available systemic treatments has grown markedly over the past ten years with the introduction of biologic drugs. Biologics are proteins that directly target specific parts of the immune system involved in the inflammatory reaction that produces the symptoms of psoriasis. These medications are usually injected or given intravenously and can be very effective but are reserved for use in severe psoriasis or psoriatic arthritis due to their high cost and the risk of potentially serious side effects.

Increasingly, many individuals are interested in alternative treatments for their psoriasis including acupuncture, herbal remedies, and dietary modifications. It is difficult to say if these treatments are effective although some people do report improvement. I recommend the National Psoriasis Foundation website (psoriasis.org) for further reading on these options.

Psoriasis has a far-reaching impact on the quality of life of affected individuals. Recent studies have reported a link between psoriasis and depression, as well as heart disease. The good news is there are multiple options for the treatment of psoriasis and the associated health concerns. 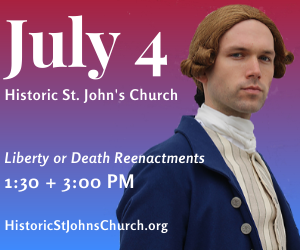