Are We Raising Them to Succeed?

Just recently, our family incurred some new expenses – the kind related to having a teenager about to get her driver’s license.As we contemplated the increased costs of insurance, gas, and taxes, we decided our teenager should be making a contribution to those expenses. Not surprisingly, she wasn’t thrilled with the idea, especially since she doesn’t have a regular job, or one lined up for the summer. However, the contribution was specifically designed to be honored through her babysitting gigs. As expected, her desire to drive outweighed her reluctance, and the result is she now has a bill associated with her new driving privileges. While this was a great opportunity to teach some financial responsibility, it was also a reminder that when it comes to financial literacy, today’s children have a lot to learn.

In a 2008 survey funded by the Merrill Lynch Foundation, Jump$tart Coalition tested high school seniors in the areas of credit, savings, insurance, and retirement. The students answered only 48 percent of the questions correctly, down about four points from a similar survey in 2006. In another financial assessment study conducted jointly by the US Treasury and the Department of Education, students’ financial literacy score in 2010 was an average of 70 percent.

Although what is considered a passing score on either survey is still being debated, both demonstrate that teens who are about to graduate and enter either the work force or college are woefully unprepared for financial independence.

One positive step toward financial literacy is the addition of an economics course at the high school level. While fewer than half of states require this type of course, recent legislation in Virginia mandates students pass a personal finance and economics course in order to graduate. Although an economics class is considered a great start, many experts maintain it is not enough. Most also stress the importance of teaching good financial habits at home.

So, what can parents do to increase the financial literacy of their children? Well, while financial experts can’t designate a specific age to begin, most say the sooner the better. This idea is easy to understand.After all, when a parent asks a young child where money comes from, they are likely to answer Mom or Dad or, even worse, the ATM. Conceptually, young children do not comprehend the relationship between a parent’s job and the money coming out of the slot in the machine. Still, they can learn simple lessons at an early age. Angelia Fritter, a financial advisor and president of the Fritter Group in Richmond, agrees.She says, “Simply telling a child ‘no’ to an impulse purchase is a start. Teaching them to plan their spending in advance helps them understand that money has an ending.”

The most widely known practice of teaching fiscal responsibility to children is to institute an allowance. “Incorporating an allowance tied to chores can be a great tool to help them realize that effort is required to get money or earn income. Then children can be shown how to divide the money into tithing, saving, and spending categories. This again promotes advance planning on the income and shows the value of it as well,” says Fritter.

Mary Hunt, award-winning author, syndicated columnist, and finance guru, takes the idea of allowance one step further, in her book, Raising Financially Confident Kids. Somewhat by accident, Hunt and her husband developed a drastic monetary plan for their kids, one that required patience and discipline. The Hunts gave each of their children a salary, paid monthly in cash, commensurate with their age, responsibilities, and extracurricular activities. The boys were required to save 10 percent and tithe 10 percent each month. The rest was to fund specific expenditures and cover all spending money. Each year, the salary was adjusted along with the list of required expenditures. Eventually, the boys were responsible for expenses that ranged from entertainment to birthday gifts for friends, sports and equipment, music lessons, school supplies and books, clothing, and yes, even cars and the expenses that come with them.

No borrowing was allowed. While she admits those were big expenses for children and things did not always go smoothly, Hunt writes that both boys eventually learned to create and stick to their budgets. While this approach may seem extreme for some families, the idea certainly gives parents food for thought.

Both Hunt and Fritter also emphasize the important of making purchases with cash. Hunt, in particular, believes using cash is less confusing to young children who don’t understand the financial consequences associated with using plastic. Additionally, most children don’t understand the difference between a debit card and a credit card. Fritter, a regular contributor to RFM’s Family Finances column and mother of a tween, also points out that young children are better able to understand cash as a finite quantity and that using cash for purchases encourages smarter discretionary spending.“It’s funny that my daughter will ask me to buy her something,” she says, “and when I reply ‘would you spend your money on it?’ she says ‘no’ most of the time. So my reply is ‘why should I spend mine then?’” Fritter says it’s clear that for her daughter, parting ways with her own money is more difficult than having mom open her wallet.

One consistent theme in teaching kids about finances is to give them some level of ownership. Whether this is done through an allowance, salary, or a part-time job, kids are more likely to think about their wants (expenditures) when it’s coming out of their pocket. Mike Lavery, a senior vice president at Wells Fargo Advisors, points out that as kids get older, they are better equipped to learn where money comes from and how it is used within the household. He also believes it is critical for teenagers to understand the economic concept of supply and demand and how it impacts the allocation and prioritization of resources at home.

When teaching kids about fiscal responsibility, Lavery also thinks it’s important to recognize personality differences among children. While one child might be a natural saver, another might be a spender. To encourage saving and teach the benefits of compound interest, he recommends helping children open a savings account and offering to match their contributions. And while a savings account might seem like a simple concept, according to the Jump$tart Coalition survey, only about a quarter of high school seniors even realized a savings account is taxable.

Another critical factor for teenagers is understanding credit. As teens and college students, kids are often bombarded with credit card offers.Fritter suggests getting a credit card tied to the child’s savings account, but only if they have demonstrated good spending habits. She says, “A credit card with a low limit that is secured by a savings account – one they have saved – is a great first start. First, the rate is reduced.Second, the savings account becomes non-liquid which causes pain and they will be more conscious of their spending on the card.”

When it comes to financial literacy and kids, most experts agree it’s never too late for them to learn. Whether your child is in elementary school or headed off to college, she can still learn to be financially responsible. By teaching young children about earning, spending, and saving, we can create the foundation to teach older children about credit, taxes, insurance, and investing. That way, financially literate kids are well on their way to living as financially independent adults. 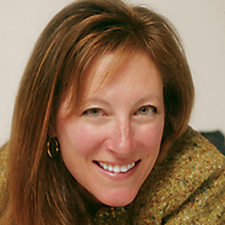