There are 80 million reasons gerontologists do what they do. That’s how many baby boomers began turning sixty-five in 2011. Gerontology is the study of aging that employs a holistic approach to evaluate the biological, psychological, sociological, and spiritual impact on individuals. As gerontologists, we understand that each of these 80 million individuals is unique and we strive to help others realize that stereotypes about older adults are best avoided.

We also know that no matter someone’s age, remaining active and engaged over the years is crucial for optimal aging, and in particular for mental acuity. Studies show that there is a 10 percent chance of developing a dementia-related disorder after the age of sixty-five. This likelihood increases to about 50 percent after the age of eighty-five. Numerous studies also confirm that a higher level of social engagement as we age and better cognitive function are related. So, in addition to proper diet and exercise, our level of social engagement is directly proportional to positive mental health outcomes. The literature also tells us that social isolation is directly linked to higher mortality rates among our aging population. It’s no secret that people who are socially isolated tend to be at greater risk of health issues, from mood disorders like depression to stress-related chronic conditions like heart disease and stroke.

But enough of the doom and gloom. We also know that 80 percent of elders are doing a fabulous job of aging ¡V remaining socially active and engaged. Here are just a few examples of best practices for remaining engaged.

“Nurture your social network. Make an effort to maintain your close personal relationships with family members, friends, neighbors, and faith communities. Pick up the phone. Send an email. How about Facebook? In April 2012, the Pew Research Center found for the first time that more than half of adults over the age Of sixty-five were Internet users. Today, 59 percent of seniors report they go online – a six-percentage point increase in the course of a year – and 47 percent say they have a high-speed broadband connection at home. In addition, 77 percent of older adults have a cell phone, up from 69 percent in April 2012.

” Join an affinity club. Contact the Senior Connections, the Capital Area Agency on Aging (seniorconnections-va.org) and ask around to see if there are any clubs in your area you might be interested in joining. Book clubs, garden clubs, and knitting clubs are all ways to engage in new relationships with people who have similar interests.

“Go back to work or volunteer. Many people experience stress after they retire. Our jobs are integral to our role and identity. Consider a part-time job, which can help keep your mind stimulated and give you a sense of greater contribution ¡V and earn a little extra money to fund your social pursuits. Again, your Area Agency on Aging may have resources about elder employment. The literature tells us that later life workers and volunteers derive more pleasure and enjoyment from jobs they want to do rather than have to do.

“Consider helping with caregiving. If you have grandchildren or other family members you would like to see more of, offer to assist with their care. Giving of time and talents is a fabulous way to connect the generations.

In sum, many people believe that loss of mental acuity is a normal part of aging. While it is true that the prefrontal cortex and hippocampus do shrink with age (these areas impact learning, memory, and planning) and that blood flow can be reduced because arteries narrow and less growth of new capillaries occurs, we do know that our brain can be stimulated to combat these effects. The brain is programmed to gather resources from its cognitive reserve ¡V and the ability to tap into the reserve is enhanced by remaining active and socially engaged.

Again, taking a holistic view of aging and evaluating what we can do through diet and exercise, social engagement, and cognitive stimulation, we can learn more about how we can combat usual aging and continue on a path toward optimal aging. 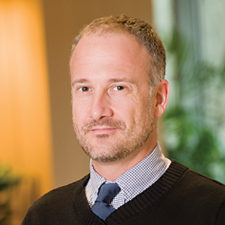 Jay White is a gerontologist and director of professional and community development for the Department of Gerontology at VCU. He lives in Richmond and has worked with seniors either professionally or as a volunteer for over 15 years.