Milestones, like holidays, are a reason for friends and family to gather. This past summer, in honor of my mother’s seventieth birthday, sixteen members of my family traveled to Italy, our Motherland. Renting a Tuscan villa and visiting the city my mother’s family had emigrated from had been two items on her bucket list. So for the last five years, she planted the seeds of exploration and world travel in her eight grandchildren in order to employ their help convincing my brothers and me to go on the adventure of a lifetime.

My children had never been on an airplane, much less out of the country, so my husband and I decided to plan a trip more in line with Rick Steves’ Europe than the Amazing Race. Having toured Italy’s major cities in my twenties, I longed to experience the back roads of the country. The fact that we were restricted to traveling in July, when it was convenient for school schedules and when the most famous attractions would be inundated with tourists, further fueled our decision to experience Italy off-the-beaten path.

We flew to Milan in northern Italy and drove two hours south via the autostrada to Bologna, Italy’s sixth largest city. Though it’s home to a charming pedestrian historic center and Italy’s tallest leaning tower, people often drive right past it while traveling from Florence to Venice. However, nicknamed La Grassa (The Fat) because the city’s so enamored by food, my husband figured it would be easy to love. He was correct.

Porticos, shielding twenty-five miles of sidewalks, provide the perfect shelter not only from the rain, but also the heat. Typically, the region gets only one or two days of 100-degree heat, so air conditioning is limited. Last July, however, was the hottest on record, so exploring the city’s medieval center under cover made the experience more enjoyable.

Bologna University, founded in 1088, is the oldest university in Europe. Student family crests decorate corridors and ceilings leading to the Teatro Anomatic. This intricately adorned wooden room hosted the first autopsies, which officials from the Catholic Church monitored through a secret panel to ensure the body remained intact for judgment day.

The city also houses a few notable churches. The Basilica di San Petronio is the world’s fifth biggest church, located on the grand Piazza Maggiore. The Papal powers cut off its funding so it couldn’t surpass St. Peter’s Basilica in Rome, which is why the exterior remains unfinished. Another storied site is the Basilica di Santo Stefano, which actually contains seven churches connected by courtyards and medieval apsis (domed or vaulted recessed ceilings).

While twenty of Bologna’s hundred stone towers remain from the twelfth and thirteenth centuries, the most famous is Asinelli, as it leans at 334 feet tall, and offers Bologna’s best panoramic view after climbing up 500 steps. Just be sure to leave any of your children enrolled in college at the bottom, for superstition has it that they won’t graduate if they climb to the top.

We finished our tour with an intriguing, although lesser-known, stop at the Finestra. This hidden waterway is a remnant from when canals were used to channel water throughout the city, like in Venice.

Our accommodations at the Savoia Hotel Regency on the outskirts of the city were perfection: a lovely pool to cool off in at the end of a hot day on the town; an excellent restaurant on the premises, Ristorante Garganelli, with outdoor dining; and a patient staff who were tremendously helpful given our limited language skills. I’d return to Bologna, if only to stay there again.

On our way to meet up with the rest of my family, we drove through the heart of Italy’s Chianti region. We followed the winding road through this panoramic region and encountered Greve, a city completely surrounded by wineries. Next, we came upon Panzano, a hill town offering easy parking, and featuring a famous butcher shop, Mac Dario, known for its steaks and unusual fresh cuts of meat.

The 300-year-old villa my parents rented through tuscandream.com was centrally located less than an hour from Florence, only fifteen minutes from Siena, and just two hours north of Rome. Surrounded by rolling hills as far as the eye could see, Tuscany was every bit as picturesque in person as it was in the guidebooks I pored over prior to our departure. With delicious places to eat in quaint local towns, it’s as if one has traveled through time to enjoy the same sumptuous setting of centuries ago.

While my brothers’ families chose to trek two-and-a-half hours to Pisa and Lucca, my immediate family chose to stay close, only driving to destinations less than an hour from the villa. Our favorite excursion was Volterra, a 3,000-year-old city now popular with young adult readers thanks to the Twilight series. Perched on a hilltop and surrounded by a medieval wall, it offered visitors both Etruscan treasures and Roman ruins. And even in the heart of the tourist season, the streets weren’t crowded. Our family could easily meander past sites and stop in stores selling goods crafted in alabaster, the local stone.

While my kids enjoyed the villa’s pool, I made the trip to Cortona, made famous by Frances Mayes’ Under the Tuscan Sun, with my mother and sister-in-law. Another day, my mom and I visited a local winery and enjoyed a cheese tasting lunch, thanks to the villa’s concierge. An American living in Italy for twenty years, he acted as our tour guide, assisted us with dinner reservations, and arranged for a local chef to cook us dinner at the villa.

By the time we headed east to the town from where my mother’s family came, I thought I’d seen all Italy had to offer, but the drive through the Apennine Mountains was breathtaking. Our final stop, Vasto, was every bit the oasis we had hoped for. This ancient Adriatic city is a popular destination with Italian tourists, not foreigners, so we were able to get a real flavor for the region. This, of course, was compounded by the fact that here
is where we met our Italian family.

In 1912, with World War II looming, opportunities were limited for my 22-year-old great-grandmother. She decided to leave her relations behind in Vasto to marry a young man from her hometown, who had already moved to the United States. While my great-grandfather adjusted to life in America, my great-grandmother always longed for home. For years, I’ve wondered why, but as I stood at the edge of the cliff overlooking the crystal blue water, I understood. It wasn’t just this gorgeous setting she’d traded for a landlocked suburb in New Jersey, but a community and a lifestyle, generations in the making, as unique as the Italian landscape.

Prior to our arrival, my mother had written to my great-grandmother’s nephew, who is still living in Vasto with his wife and grown children. At eighty-four years young, Ermanno is everything one would hope for in a long-lost relative. From the first letter to our final good-bye, his excitement about our presence was evident. He arranged for our stay at an adorable bed and breakfast, Piccolo Circolo, run by one of his former students, as he was a math teacher prior to retirement. He treated us at his favorite pizzeria and seafood restaurants as well as opened his home for an official family reunion celebration with Italian and American guests.

When he discovered our limited Italian, my cousin recruited family friends to translate. My kids found their own ways of communicating, even though ‘zombie’ was one of the only words they shared with their Italian cousins. There was something about seeing a copy of an Italian version of Geronimo Stilton, one of my 9-year-old’s favorite books, which put them at ease.

As I watched cousin Ermanno shake his hands for emphasis as he spoke, I was reminded of the mannerisms of my great-grandmother’s seven children, who, sadly, have all passed away. When he taught my daughters to sing Happy Birthday in Italian and my mother joined him, it was clear that family traits transcend continents. And with each insistence that we eat – clams, calzones, and cannoli – the city of Vasto felt more and more like home.

Families, like holidays, can be tricky to navigate, yet time and distance have a way of impacting how we view both. In Vasto, there is a monument to emigrants like my great-grandmother, who moved to the United States. Some three million Italians emigrated between 1900 and 1915. While almost fifty percent of those who left did repatriate, many, like my great-grandmother, never returned to Italy. Before we left, Ermanno performed a beautiful song written about these departures with tears in his eyes.

The night before our good-bye, my 9-year-old cried herself to sleep – so sad to think of leaving our newfound family. Promises of pen pals and Facebook friends weren’t enough. She begged me to take her back soon.

While I certainly hope we will return someday, I explained to her that a family’s love is a lot like food. Maybe that’s why Italians are famous for it. It nourishes your heart until you meet again – whether that’s the next vacation, the next holiday, or the next generation. And in the end, there’s nothing more fulfilling than families finding their way home.

In the case of our Italian vacation and family reunion, Mother really did know best. 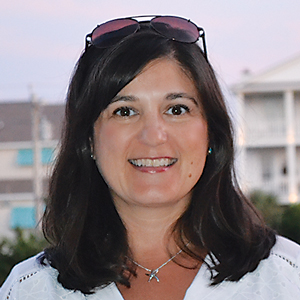