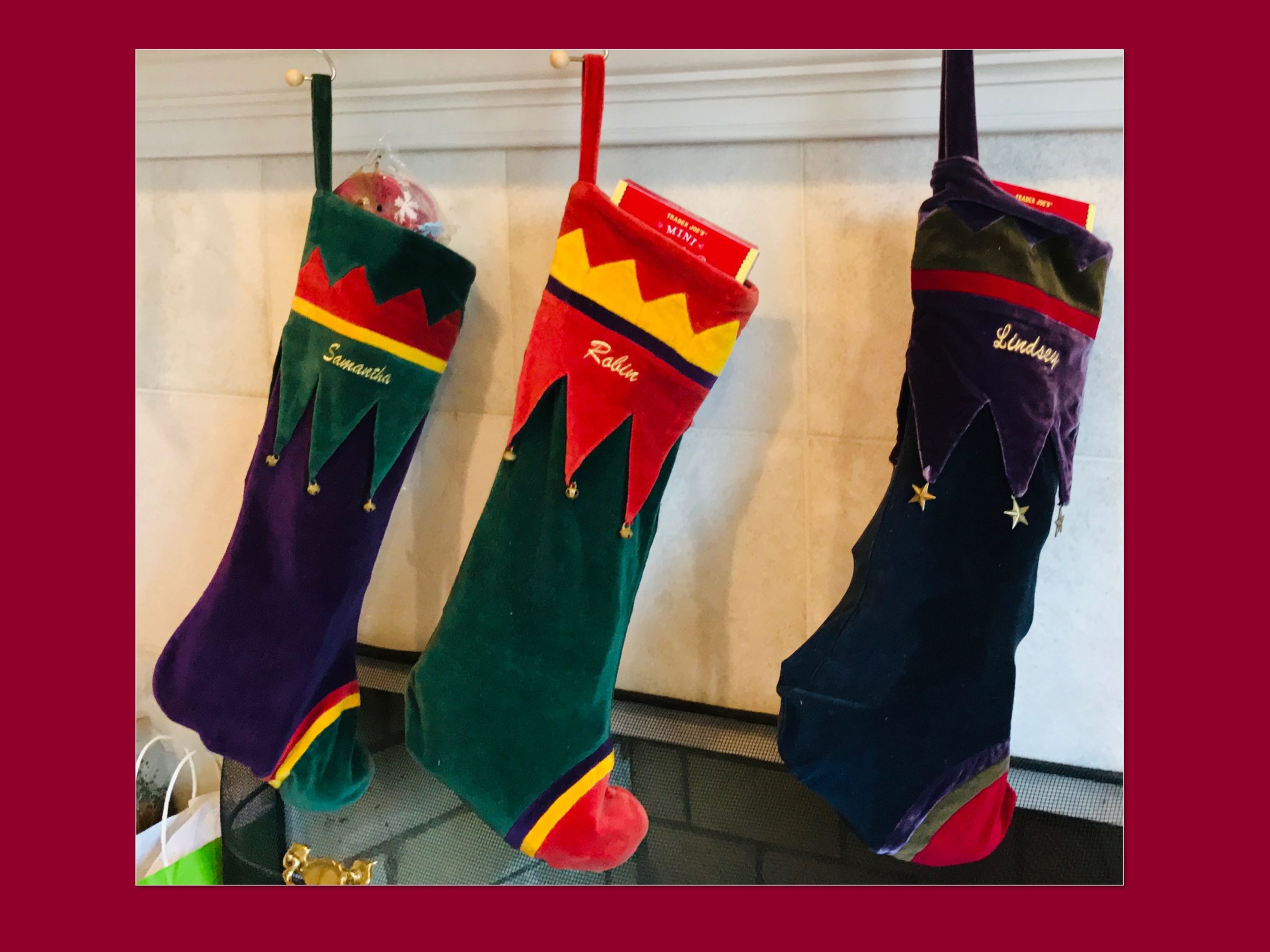 “Boom, boom, boom!” is what I said at a party in our neighbor’s backyard that day. And a few hours later in the privacy of our family room, Scott called me on it.

“You added a boom,” my very perceptive husband pointed out with a grin on his face.

Sam was two and Robin was still pretty new. The neighbor had asked me the small-talk question every woman who’s nursing and nowhere near fitting into non-stretchy clothing loves to hear: Is this the last one?

Until that moment, my standard response to this type of family planning inquiry (which yes, I had heard before) had been, “Boom, boom – and we’re done!” Indeed, two booms – two babies, two years apart – was always our plan. Then came the unthinkable: easy pregnancies, uncomplicated births, and angel babies.

What’s more, despite all the time I’d spent telling myself I didn’t want to have kids in the first place, being a mom agreed with me. And it was easy to see that my husband was completely invested in fatherhood.

Although that extra “boom” Scott picked up on at the neighbor’s party was the first he’d heard of my desire to have another baby, the notion of having three children had hit me months earlier. In a store called Lane Sanson at Christmastime.

If you don’t remember this store, it was the Carytown gift shop that was full of “lotsa neat stuff” for your home. During the holidays, its cozy rooms were so overstuffed with gifts and home decor for every style and taste that you could spend hours taking it all in. Before kids (when we spent money on gifts for people who weren’t even related to us), Scott and I had established a tradition of giving a Lane Sanson ornament to friends, family members, and clients. Picking them out together was a highlight of the season.

On this particular trip to Carytown, however, we were on a different shopping mission, and our two tiny holiday helpers were with us. A quest for Christmas stockings for our daughters had given us new shopping purpose.

Robin was two weeks old at the most, and she slept the whole time in one of those fabric slings. Sam had just turned two and had no business in this particular store without a straitjacket. But like I said, we were on a quest.

Eventually Scott discovered the girls’ stockings hanging from a corner hutch. Made of plush velvet in a unique combination of muted jewel tones, they were richly appointed, but not too gaudy. These would complement our mantel perfectly. Just the right size, they were works of art, but they were kid-proof and built to last. It was our first holiday in our new home, we were the parents of two precious children, and now we had two matching stockings to hang by the chimney with care. Santa would approve. 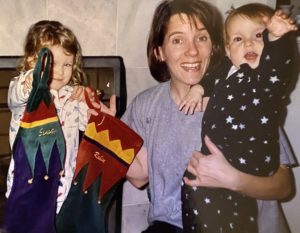 Buy three now, said the voice inside my soul. Buy three stockings, just in case. We had chosen two in the same style, but in different color combinations, and we were approaching the sales counter. No way was I going to have this conversation while shopping with my husband in Lane Sanson. I shushed the internal voice and looked at my adorable children. Two kids, two Christmas stockings. “Boom, boom – and we’re done!”

We paid and we left.

A week after Christmas, as I packed away our pair of coordinated stockings, as sure as Santa comes down the chimney, I knew we would need a third stocking one day.

Two years later, that day came. After a bunch of trips to Lane Sanson, twice as many special order inquiries over the phone, and countless random visits to Christmas shops in the region to see if we could find a matching stocking, Grandma came to the rescue. A good friend of hers who was a seamstress made our third stocking from scratch. This Christmas Eve, like every year, Lindsey will hang her hand-sewn, elf-grade knock-off – an original variation on the ones we bought at Lane Sanson – above the fireplace with her sisters.

If you’re wondering if that third “boom” I dropped in casual conversation with the neighbor was part of some grand plan to convince my husband to have another baby, I don’t remember to be honest. I do remember how loving and accepting of the idea Scott was once I finally came clean.

Today, of course we can’t imagine our family any other way, especially during the holiday season, since Lindsey is the biggest Christmas lover of us all. Now when we look at her stocking, we have a wonderful story to tell about a beautiful handmade heirloom and how Grandma and her seamstress friend saved the day.

And coincidentally (or not?), Grandma was always a true believer in good things coming in threes. “Boom, boom, boom – and we’re done!”