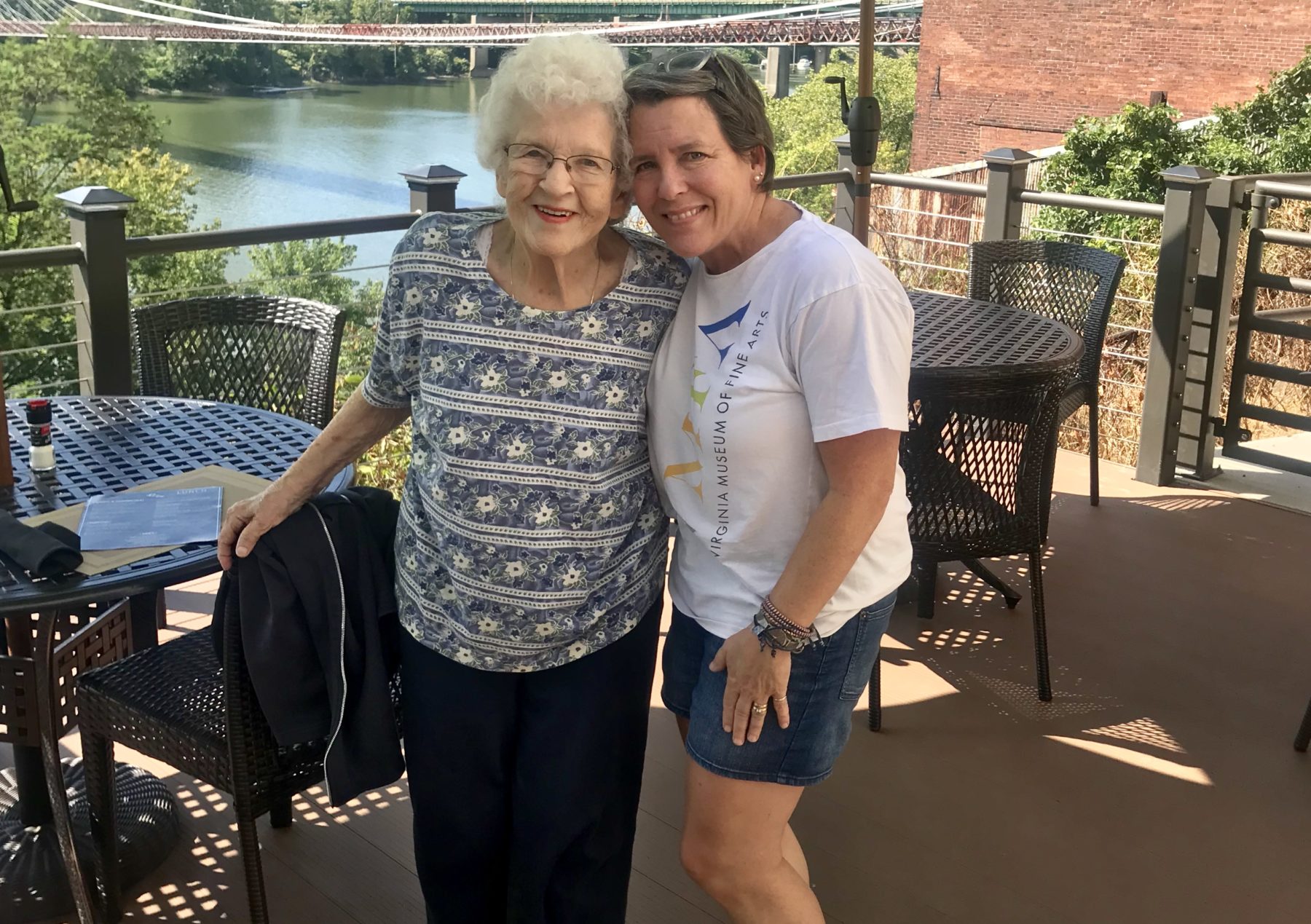 Mom and the Trying Times

Working from home, I’ve always appreciated peace and quiet. But there’s one squabble I never minded hearing. In fact, I actually made a point of tuning in to this argument, because I knew the day would come when it would cease to echo through our home.

There was a time when my daughters fought over whose turn it was to practice piano.

They actually scrambled for a spot on the bench. And more than once, the skirmish triggered what we now call a girl-pile. That is, the amazing tangle of limbs and ponytails that often resulted from three sisters roughhousing.

Fights like this are the kind parents dream about, along with scuffles over the last piece of broccoli, or who picks up dog poop in the backyard.

For a while, my husband and I also had an ongoing debate about the beloved piano. He thought that buying it was his idea. I give at least partial credit to my mom.

My mother never had to concern herself with any of her six kids arguing over claims to the piano. Quite the opposite. By the time my brother and I (the two youngest) were due for lessons, Mom had grown weary of begging kids to practice. Nonetheless, we made the weekly trek, shoulders hunched and heads down, to our piano teacher’s house at the end of the street. Begrudgingly, we practiced scales and worked on theory, mostly so we wouldn’t miss out on skateboarding time or playing touch-football later with friends.

Several months into piano lessons, however, the local YMCA announced its new gymnastics program. Now, this was something the youngest, or the caboose, as my dad used to call me, could enjoy practicing.

“But you have to choose,” my mom said.“It’s piano or gymnastics.” I remember the feeling of liberation that surged through me like it was yesterday. Is she really letting me out of piano lessons? I couldn’t believe my good fortune.

Of course, we all know that most of the time, when a parent says You have to choose, it really means: I know exactly what you’re going to do before you do it, and I’m okay with it. That said, given the choice between piano lessons and gymnastics, I did what any 9-year-old girl who idolized Mary Lou Retton would do – cartwheels!

I will never forget what I heard next: “You won’t be able to do flips forever,” Mom said. “One day, you’ll wish you had learned how to play the piano.”

That day never came. Whether or not my mother realized it, music was already a part of me, as solidly entrenched in my heart growing up as the piano was in our front hall. It didn’t matter for a minute that I hadn’t mastered playing it. I was given the opportunity. Just like she gave me the choice about gymnastics.

You see, I grew up in a house as full of opportunity as it was of music. We were all in the church choir, and in and out of musical theater, yet each of us was just as inclined to pick up a ball, or a book, or a paintbrush. Just the fact that we had a piano, always ready for a family sing-along or the next talent show act, communicated a very clear message. Music is a special part of life.

Today, just as my parents did years ago, filling family life with opportunities to enjoy music, and the arts, and sports, sends an important message to my daughters. That trying new things, opening our hearts to a range of experiences, and not being afraid to fail are all big parts of life.

For the record, I can barely read music, and I can’t do back flips anymore. But I could fill a book with the lessons I’ve learned from trying those things. That’s what I want for my kids. That’s what I got from my mom.