Why We Can’t Ignore It

Janie Williams of Richmond, mother of two boys, 14 and 17, says that growing up, her parents did not talk to her or her brother about alcohol. It was understood that you were just not supposed to drink. So she resolved that with her own children she would start this conversation early on – and keep it going. Janie says, “I can’t remember when I first talked with them, but every year as they got older, the discussions become more and more relevant to what is happening in their lives.”

Some parents are afraid to have this discussion with their children. Some worry that if they draw a line in the sand, their children might rebel. Others contend that letting children drink in their own home is a safe way to introduce them to alcohol. And some even feel that if their kids don’t drink they are being deprived of an adolescent ritual.

Is underage drinking a problem? The Center for Disease Control thinks it is. According to stats published in 2010, children aged 12 to 20 drink 11 percent of all alcohol consumed in the United States. More than 90 percent of this alcohol is consumed quickly and in a short period of time – during what’s known as binge drinking. In 2008, there were approximately 190,000 emergency room visits by persons under age 21 for injuries and other conditions linked to alcohol. The effects of underage drinking can be devastating and lifelong. Think car accidents and dangerous and regrettable sexual experiences.

Denise Miller of Henrico is a former teacher, former FBI agent, and mother of two teens. She served for years on the boards of Commonwealth Parenting, the Too Smart to Start Alliance, and the Regional Drug Free Alliance. “I am very concerned about this [underage drinking]. I’ve seen the damage it can do and how it can ruin lives.”

Having worked as an advocate for children’s social health and wellness for so long, Denise says she is skeptical about many of the beliefs parents have about underage drinking. She says a common one is: If I teach him to drink safely at home when he’s young, he won’t have a problem later. “That’s just not true,” says Denise.

“Studies show that children who drink earlier are more likely to have problems with alcohol later.” Another theory is that alcohol consumption does no permanent damage, but evidence now suggests that alcohol is more damaging to an immature, still-developing brain. “People say that in Europe, kids are allowed to grow up drinking wine and that it’s not a problem. However, statistics show that European countries have a higher rate of alcoholism than we do.” Denise will tell you that in countries where the drinking age has been lowered, there are more problems.

She may be right. New Zealand, for example, lowered its drinking age to 18 from 21 in 1999. The country noted an immediate increase in teen traffic accidents And fatalities. Accidents involving teen boys increased by 14 percent and driving incidents with girls rose by as much as 50 percent in the year following that change. There is pressure in New Zealand now to raise the legal drinking age back to 21.

Denise believes parents should be clear with their children: No underage drinking. No mixed messages. “Don’t set your standards so low,” she advises parents. “You can keep kids alcohol-free till they are 21. You are not depriving them.”

She adds it’s most important to be aware of what’s happening with your kids than it is to be friends with them. While many parents might think they have little influence over their child’s decision to imbibe – especially when they are with their peers – research shows that is not the case. GF Roper Consulting, a national marketing firm that tracks what choices teens make with large surveys involving thousands of teens, says that 67 to 80 percent of teens cite their parents as the major influence of whether or not they drink alcohol.

Aside from all of these concerns, there are legal aspects to consider. Underage drinking is not just a matter of personal choice. While it is lawful to allow your own child to have an alcoholic drink in your own home while you are present, should you host a party during which kids under the age of 21 have access to alcohol, you could be arrested, fined, and even spend time in jail.

Unsure of how to handle this with your children? MJ Corcoran is a former school principal. During her years in the school system she saw the need for a better way for teachers and parents to communicate with children. She became a parenting coach (not counselor) because coaches give solid suggestions and advice. MJ was so successful in the role that Anheuser Busch asked her to work them to help parents and families prevent underage drinking.

She suggests that with teens, it needs to be more about conversation, and less about dictation. Caregivers need to ask thoughtful What if ? Questions. “If you are in this situation, what will you do? If kids ask you to do this, what will you say?” Listening to your kids is crucial, says the parenting coach. “You still have your rules, and if your kids do not follow the rules there will be no fighting or arguing, just consequences they have to deal with.” She adds that if parents don’t see it yet, they will soon realize teens require more time, effort, tact, and patience than younger children.

Echoing Denise’s position, MJ says parents must be parents first. Her advice is to stay connected, be aware, model what you say, and don’t give up your standards, even if you are afraid of losing that bond with your kids. She affirms that kids want their parents to be around and want rules. “Don’t get fuzzy with limits. They will test boundaries, but don’t waiver. Parents have influence,” says MJ. “Don’t give up that power.”

What do other parents do? Janie Williams remembers what she said to her older son. “I knew he would be faced with this in social situations and I said, ‘I don’t want you to drink, but if that happens I want you to agree to two things: First, do not drive after drinking and second, don’t get in the car with a driver who has been drinking.'” Janie assured her son that he should call her anytime, from anywhere and that she would pick him up, with “no questions asked and no scenes.” Her younger son is in his first year of high school and she has initiated that same conversation with him. She says, “I want them both to always feel like they can tell me, at any time, what is happening in their lives.”

Sandra Casey, is a Richmond mother of three sons, 16, 18, and 21. She established early on that only adults drink in the home. Around middle school age, she spoke with the boys about drugs, drinking, and invitations to parties and sleep-overs. She role-played with them using the What if ? Scenarios MJ suggested. Her kids told her about pot and alcohol offers. She says the younger two were never a problem, but the older one has really tested her.

On the upside, all three have been willing to talk to her about what is happening in their lives. Sandra says, “I had no problem saying this is what is best for you.” When the boys did not follow her rules, there were consequences. When the oldest tested the limits, she suspended his driving privileges. “They had a curfew so I would either stay up and wait or set the alarm for their curfew time and get up when they came in.” This parent says it’s important to talk with kids about where they’ve been and what they have up to – that evening.

With regard to sleepovers, she tries to have them at her house or at the homes of other families she knows and trusts. And if there is a party at someone’s house and no parents are there, she forbids her sons from attending. “I am all about decreasing the risks. I know they will not always choose right.” She adds, “You have to trust them, but verify.”

So, don’t buy into the myths about underage drinking. Make your rules and stick to them with consequences for when rules are broken. Parents and coach MJ agree that it’s important to keep an open dialogue with your kids, be aware of what your kids are doing and thinking, know who their friends are, and connect with the parents and guardians of your child’s friends. And always put being a parent ahead of being a buddy. What you say and what you do now will have a lifelong impact on your child’s approach to drinking alcohol, long after he or she is of legal age to do so.

Diane York is a Richmond-based freelancer, mother, grandmother, and regular contributor to RFM. Last month, she wrote about what teachers want from parents. 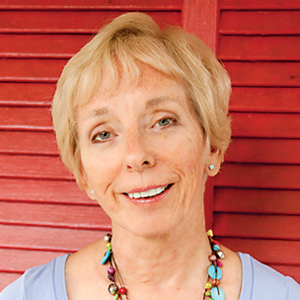 Diane York is a Richmond-based freelancer, mother, and grandmother and regular contributor to RFM. She writes about lifestyle and wellness issues.

From the September 2012 issue: