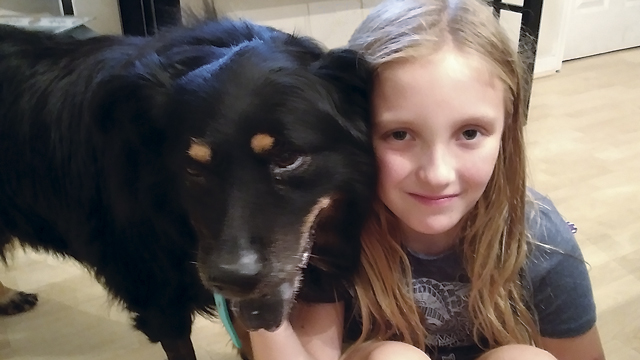 There’s Still Time to Adopt a Pet for the Holidays

When Tripp came to Richmond Animal League (RAL) in July 2018, it was hard to tell whether he was a dog or a small bear (and to be honest, the jury’s still out). One thing was certain – he was a sweet dog with an easy-going disposition. He was also underweight, blowing snot bubbles, and his coat was super-matted. To make matters worse, Tripp tested positive for heartworm.

Heartworm is a common parasite in Central Virginia, where warm weather allows mosquitoes to reproduce over a longer season. A single mosquito bite can infect a dog with heartworm larva; if left untreated, it grows into adult heartworm. This can cause significant damage to a dog’s organs.

Treating adult heartworm is a long process. Dogs undergo back-to-back injections of a chemical that kills the adult worms, but also leaves a dog feeling awful for weeks. Because of the associated risks when a dog is feeling horribly, Tripp was confined to his kennel for three weeks – waiting and waiting and waiting. And waiting some more.

Once a dog arrives at RAL, he is treated for whatever medical malady he might have. Volunteers not only care for the pets, but love them unconditionally as if they were their own. At RAL, Tripp struggled with his treatment. His cold got worse. His appetite vanished. He wouldn’t even get up for walks. Dedicated volunteers sat inside his kennel and brushed him. They lay down next to him with a vaporizer to help him breathe a little easier. They hand-fed him food they made at home in their own kitchens. Slowly, Tripp’s health improved.

But even at his very worst, Tripp was a dog who couldn’t help but wag his tail when he saw people. Then Lauren and Lyric, a mother and daughter in search of a new dog, stopped by the shelter and walked past Tripp. They said hello, he wagged, and they smiled. Then they stopped by again. And again.

It took almost two months for Tripp to get back up on his feet, but when he did, Lauren and her daughter Lyric were waiting for him. They had come to RAL to look for a canine companion who might be a little more in need than average, and Tripp checked all the boxes: he was older – not quite a senior, but definitely not a puppy; he was affectionate and liked being groomed; and he was
okay with cats. Check. Check. Check.

Lauren brought Tripp home in September. After a week, a follow-up call to the family confirmed that Tripp was everything they could have ever wanted. Lauren said he was sweet, cuddly, and gentle, and followed her from room to room. It was obvious that Tripp had the perfect home.

But there is more to this story.

While they were visiting Tripp, Lauren and Lyric met another dog at RAL named Buttercup. Unlike Tripp, Buttercup had just arrived. She was a 9-year-old with gorgeous, soft eyes. And as much as they loved Tripp, Buttercup pulled at their heartstrings as the family decided which dog to adopt.

It took four days for Lauren and Lyric to realize they couldn’t imagine their family without both dogs. Tripp and Buttercup – two older, bigger, harder-to-place dogs – found their dream home with a human sister and mom who absolutely adore them (and a kitty sibling who tolerates them).

“We are so happy to have Reese (formerly Tripp) and Hazel (formerly Buttercup) join our family. They keep us on our toes and laughing constantly,” says Lauren.“Whether it’s Hazel carrying her toys around the house like they are her babies or Reese enjoying cuddle time, they each have their personalities and they keep us smiling.”

Elizabeth Thomas, executive director of RAL, says there is never a bad time to adopt a pet. There are always cats and dogs waiting at shelters around the country for humans who want to expand their families. “Tripp wasn’t in the best of shape when he first met his forever family at RAL, but it was a fantastic fit for everyone,” says Thomas. “This mom and daughter certainly didn’t realize they wanted two dogs, but Buttercup’s adoption was a fabulous surprise.”

As the holidays draw near, Thomas says it’s easy to see the value in coming to a shelter to look for a companion, whether it’s a cat
or a dog or other types of fluffy or scaly friends.

At RAL, the Operation Silent Night initiative, which runs December 7 through 22, encourages the adoption or fostering of every animal at the shelter. During this time, shelter hours are extended and adoption fees are reduced to help families bring home a pet for the holidays. All pets are spayed or neutered, microchipped, and vaccinated before going to their new homes.

Families who want to foster can begin picking up their pets the morning of December 21. Animals can be returned to the shelter on December 26. As with long-term fosters, RAL provides food, litter, medicines, and veterinary care.

“No matter the time of year, there is no greater gift than being a part of RAL’s mission and providing a home for a pet in need,” says Thomas. “And while the dog or cat might seem like the needy one, often the family who finds the pet truly receives the greatest gift.”