One Pot, One Pan - Tons Of Yum

One Pot Harvest Soup
In a large saucepan, melt 1 stick of unsalted butter. Add 1 cup chopped onion, 2 peeled garlic cloves, 1 peeled, cored, and diced Gala apple, 1 cup each: peeled and sliced parsnip, peeled and sliced carrots, peeled and chopped butternut squash, peeled and diced sweet potato. Cook over medium heat until the onions have softened. Add 1 quart vegetable stock and bring to a boil. Simmer for about 25 minutes or until all of the vegetables are tender. Purée the vegetables in a blender and add back to the same pot. Add 2 cups whole milk or cream and 2 Tbsp maple syrup. Return the soup to a simmer and season with salt and pepper. Makes 2 quarts.

Pork with Apples & Onions
Trim 2 pork tenderloins and slice into ½-in. Thick slices and cut into large cubes. Place the pork in a bowl and season with 1½ tsp ground fennel seed, salt and pepper. Dredge the seasoned pork in fl our. In a Dutch oven or large pan, heat 3 Tbsp olive oil on medium high. Add the pork and brown on all sides. Do this in 2 parts if necessary. Remove the browned meat from the pan and add 3 Tbsp unsalted butter to the pan. Reduce heat to medium and add 4 medium onions, cut in half and sliced thin, 2 apples peeled, cored and sliced, 1 bay leaf, and 2 leaves of fresh sage. Season with salt and pepper and cover the pan; cook for about 15 minutes to soften the onions. Uncover and increase the heat slightly. Once the onions have started to turn golden, add ¼ cup cognac or brandy to the pan. Add 1 cup of apple cider and the browned pork back to the pan. Simmer until the pork is heated through and tender. Serves 6.

Moroccan Chicken with Preserved lemons
In a heavy-bottomed pan or Dutch oven, heat 2 Tbsp olive oil until hot. Season 6 to 8 skin-on chicken thighs with salt and pepper and sear skin-side first. Once golden, turn over and add 1 tsp fresh grated ginger, 1 diced onion, 3 sliced garlic cloves, and cook until onions are soft. Add enough chicken stock to come halfway up the sides of the pan. Add 2 cinnamon sticks, 1 bay leaf, and ¼ tsp saffron threads and stir. Bring to a boil, reduce heat and cover, turning the chicken frequently. Keep covered and simmering for about 1 hour. Remove the cover and add 1 cup pitted green olives, peel of 2 preserved lemons (found at most Mediterranean stores, but you can substitute regular lemon peel). Cook another 20 minutes or until chicken is very tender and almost falling off the bone. With a slotted spoon, remove the chicken to a serving platter and increase the temperature of the sauce to reduce and thicken. Cook about 10 minutes and pour the sauce over the chicken.

Vegetable and Ham Fritatta
Preheat oven to broil. Combine 6 eggs, 2 Tbsp grated Parmesan or cheddar cheese, salt and pepper. Heat a 12-in. Non-stick, oven-safe pan over medium high; add 1 teaspoon unsalted butter to pan and melt. Add ½ cup chopped roasted asparagus and ½ cup chopped ham and sauté for 2 to 3 minutes. Pour the egg mixture in the pan and stir with a rubber spatula. Cook for several minutes until the egg mixture has set. Sprinkle with a bit of chopped parsley. Place pan in oven and broil several minutes until just golden and fluffy. Can also add other ingredients, such as frozen peas, chopped spinach, grated carrots, sliced turkey sausage, or bacon. Serves 6. 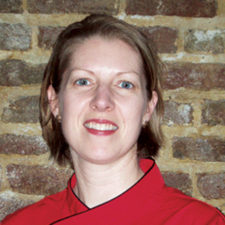