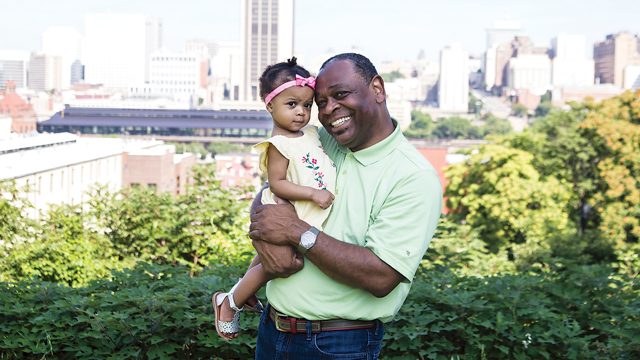 A Win-Win for Both Generations

These days, with so many children in the care of one or more grandparents for a variety of reasons, some people wonder whether children in these circumstances are in any way disadvantaged. Assuming the grandparent or grandparents are reasonably healthy and mobile, the answer to this question might surprise you.

According to the most recent inter-generational research studies, so called grandfamilies – families where children live full or part-time in the care of a grandparent – are good for both generations of the family from a physical and mental wellness perspective.

First, as true extensions of a child’s family, grandparents provide a continued sense of emotional stability and security. In many cases, their unconditional affection matches that of the children’s parents and frequently fosters a personal connection that can influence a child to define values and gain self-confidence and resilience. In many instances, children in the care of grandparents specifically attribute helpful advice or guidance they’ve received to a caring grandparent.

Another benefit grandparents are able to convey is a greater sense of fun. As parents, we know the pressures of employment responsibilities and other stressful relationship situations outside the home. In contrast, grandparents can sometimes offer a more relaxed and less judgmental perspective that younger children find appealing. And as blood relatives, grandparents are also able to provide a sense of family continuity and history – qualities that ultimately strengthen family bonds by reinforcing feelings of belonging.

An English study of children ages eleven to sixteen also revealed that strong grandparent-grandchild bonds helped promote healthier social behavior among children. Children who spent large amounts of time in the company of their grandparents exhibited fewer emotional and behavioral problems and fewer difficulties relating to peers. According to the study, these relationships also helped reduce the negative impacts of parental divorce and bullying.

Emotional closeness between children and their grandparents also protects against depression for both, according to a June 2016 study from Boston University. The study, which examined families spanning several generations over a 9-year period, suggests that when young adults and their elders enjoy strong relationships, both suffer fewer symptoms of depression. A 2014 study from the Journal of the American Gerontological Society further shows reduced risk of depression among grandparents who spend more bonding moments with grandchildren.

Finally – and this might be considered a no-brainer – grandparents offer wisdom grounded in the experience of simply having aged. Studies repeatedly show that a grandparent can help quell a child’s discomfort or trauma by providing a reassuring perspective based on having successfully coped with similar situations. Grandparents are also ideally qualified to teach their grandchildren basic relationship-strengthening skills, again using the life-knowledge they’ve acquired over the years of schooling and operating in the real world.

While working with the families we serve in the community, we hear grandparents mentioning the important advantages of having closer relationships with their grandchildren. You’ve probably heard the adage, Kids will keep you young! Well, for grandparents and older caregivers, being around children also keeps you active and in touch with technology – like using a computer or a smartphone.  In addition to lower rates of depression noted above, grandparents say that spending time overseeing the activities of younger, active children provides important physical health benefits.

Finally, it’s important to remember that parents play an important role as gatekeepers in the relationship between their children and their parents. We advise parents that grandparents are an important resource in their children’s lives, especially in times of family change, such as divorce, remarriage, or relocation. It’s a wise parent who takes the time to seek the wisdom of a parent or trusted older adult in coping with the many challenges of child-rearing.

Current demographic and related family formation trends – not only in Richmond, but nationwide – indicate that grandparents will increasingly be called upon to serve as caregivers for their grandchildren. The good news is that this trend can be a major win for both generations.

John Richardson-Lauve, LCSW, is the program manager for mental health services at ChildSavers, a nonprofit in Richmond’s East End providing mental health and child development services to our children for more than ninety years. He’s the father of 8-year-old Noah, and lives in Glen Allen.