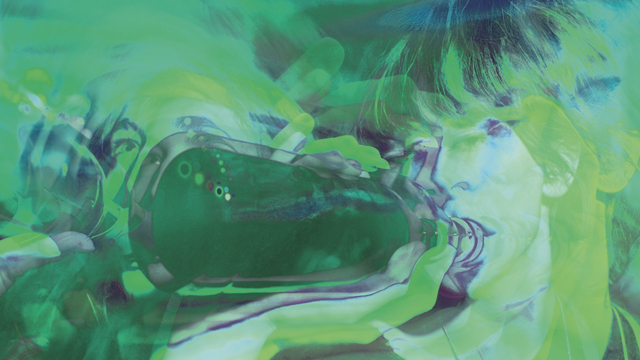 As a researcher who studies adolescent alcohol use and its associated problems, I frequently talk to parent groups, and inevitably, I get asked a question like this:

“Isn’t part of the problem that in the United States, we make alcohol off limits to adolescents, and by doing so, make it more attractive to our kids? Wouldn’t we be better off lowering the legal drinking age and allowing our kids to drink with us, so we could socialize them to responsibly use alcohol, like they do in Europe?”

On the surface, this sounds like a reasonable idea. The problem is that the research doesn’t support it. At all.

The idea that adolescents use alcohol more responsibly in Europe is a massive myth. Sure, maybe you saw a teenager casually sipping a glass of wine while having dinner with his family when you were on your most recent European vacation. But what you probably didn’t see (unless you are far more fun on your family vacations in your parenting years than I am) is that same teenager fall-down-drunk leaving the nightclub when not in the presence of his parents. That teen might be sipping responsibly with his family, but that’s not what he’s doing when his parents aren’t around.

European countries do have lower legal drinking ages than the Unites States, generally varying from sixteen to eighteen for different types of alcoholic beverages (wine, beer, spirits) in different countries. And yes, it is culturally more accepted for European adolescents to have small amounts of alcohol in the presence of family members and on special occasions. But it turns out that those supervised drinking occasions with parents do not translate into more responsible drinking practices when children are out from under the watchful eyes of their parents.

Europe has the highest rates of risky adolescent drinking in the world.

The bottom line is that most adolescent drinking is risky drinking. In VCU’s surveys of incoming college students for the 2017 fall semester, more than 50 percent of all kids who report drinking say they have blacked out. And what we know is that anything that increases access to alcohol for adolescents increases the rates of risky alcohol use, whether that is a lower legal drinking age, the number of alcohol outlets in a neighborhood, or availability of alcohol – in the home or through friends.

Why such high rates of risky behavior in adolescents?

Turns out, there’s a simple explanation: Adolescent brains are still under development. The parts of their brains that work really well are 1) the parts that respond to reward, and 2) the parts that make them want to seek out new experiences and try new things.

The parts of their brain that aren’t fully developed yet are the parts that put the brakes on, that give them pause, and allow them to think through the consequences of their actions.

This is a recipe for disaster, also known as the teenage years. And because the teenage years are such a critical time for brain development, alcohol also affects adolescent brains differently than it does adult brains. Alcohol has long-term effects on learning and memory in adolescents in a way that it doesn’t in adults (when consumed in moderation).

So what’s a parent to do?

It turns out there is something you can do, and it’s been repeatedly shown to be highly effective. The thing that is most strongly associated with reduced rates of adolescent alcohol use and abuse is – drumroll, please! – parental monitoring.

It’s not being their friend, and it’s not having a warm and nurturing relationship (though there are other good reasons for that). It’s knowing where your kids are, who they are with, and what they are doing.

That’s the number one way to reduce risky behavior and associated harm in kids – because it reduces their access to alcohol. It limits the opportunity for their underdeveloped, reward-seeking brains to get them into trouble.

In fact, anything that parents do to reduce access to alcohol will help protect kids from harm. As a parent, this means that you can make sure the alcohol in your house is locked up, accounted for, and not readily accessible (otherwise the vodka in that crystal decanter is likely to be largely water by the end of your child’s high school years). Talk to parents of your adolescents’ friends to make sure they are being similarly vigilant (otherwise your kids will find the house with the permissive or unsuspecting parents).

For parents who are particularly passionate, you can advocate for laws that limit alcohol outlets in neighborhoods, the hours that those outlets can remain open, and their proximity to schools. You can make sure that stores that are infamous for selling alcohol to minors come to the attention of law enforcement officials. As the parent of an adolescent, it might feel like a lot is out of your control, but when it comes to adolescents and alcohol, there is actually a lot you can do.

Most importantly, talk with your kids.

They might groan and roll their eyes, but they are listening. And on top of all that – keep track of what’s going on! Remember that adolescent brains are racecars without brakes. Being the brake is no fun. But it’s also one of the ways that as a parent, you can help protect your kids from harm so they can reach their potential.

After all is said and done, you did all that research on BPA-free baby bottles and organic baby food, so safeguarding their brains from being exposed to a drug that causes half of all people their age to black out seems like a no-brainer.

Danielle Dick is a professor in the developmental psychology program at Virginia Commonwealth University, where she serves as director of the College Behavioral and Emotional Health Institute. She is a mom and an internationally recognized expert on adolescent and emerging adult alcohol use and related mental health problems.