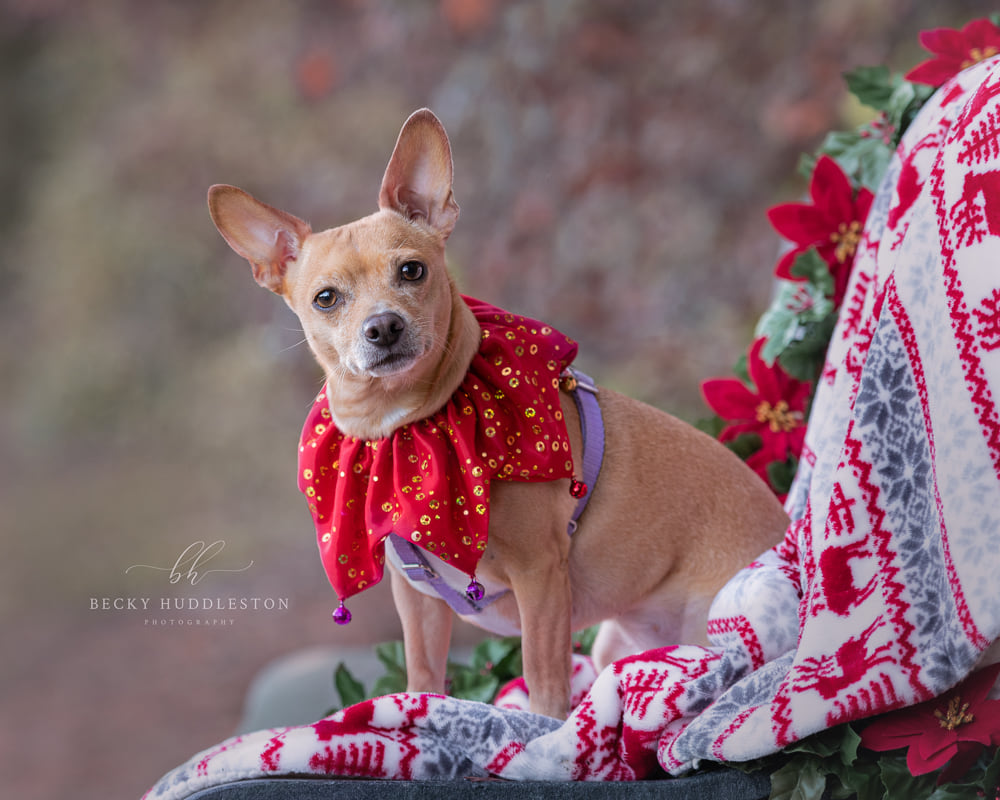 “Maisey is the May calendar model,” says Coleman, a volunteer for C.A.R.E. “Maisey loves to dress up. She barks at you when you have to take the clothes off of her.”

Established in 2011, the organization rescues dogs that have been abandoned, orphaned, or have experienced abuse or neglect. The calendar is new for C.A.R.E.

“We couldn’t figure a way to have an event that would raise enough money so we proposed the idea for a calendar,” Coleman says.

The organization got contacted pet photographer Becky Huddleston, who graciously donated her time and talent to alleviate any costs related to photography. 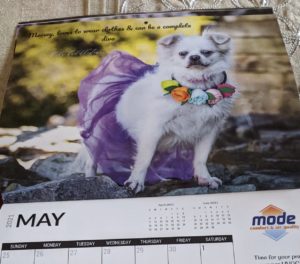 “We found twelve advertisers, and my son dedicated a page to the dogs he loves so we could have the calendar produced. C.A.R.E. didn’y have to put out any money,” Coleman says. “All the money we raise goes to help the dogs.”

The organization used dogs that were rescued by C.A.R.E. and then adopted through the organization. Each dog owner paid to have a portrait placed in the calendar.

The project came together quickly and photos were taken over two weekends in November outside at Midlothian Mines Park. “The following week, we sent it out to be printed, and it was back in a week,” Coleman says.

Each photo session lasted forty-five minutes, shorter than the usual time for a pet photograph.

Some of the dogs that were modeling – like Maisey – did dress up for their shoot. But, most of the dogs “were just dogs being dogs,” Coleman says. “Becky did a fantastic job. She has all of these whistles, toys, and treats.”

Huddleston couldn’t use sounds or toys or props while trying to get the best out one of the models, a Yorkie named Vito who was posing for the month of April.

“Vito is blind and afraid of noises,” Coleman says. “He was terrified of any kind of noise so Becky couldn’t direct him by motions or noise.”

Vito’s photo shoot was a success even though it had to be modified. “When Becky finished the session, she sent me this amazing picture,” Coleman says.

The calendars will be available for sale this Sunday from 11 a.m. to 2 p.m. at Red Ridge Pet Market in the John Rolfe Shopping Center in Henrico.

Job Greene grew up with an appreciation for animals. “My dad and grandfather always loved…

You probably know Reba Hollingsworth as the always smiling co-anchor of CBS6 This Morning, but…