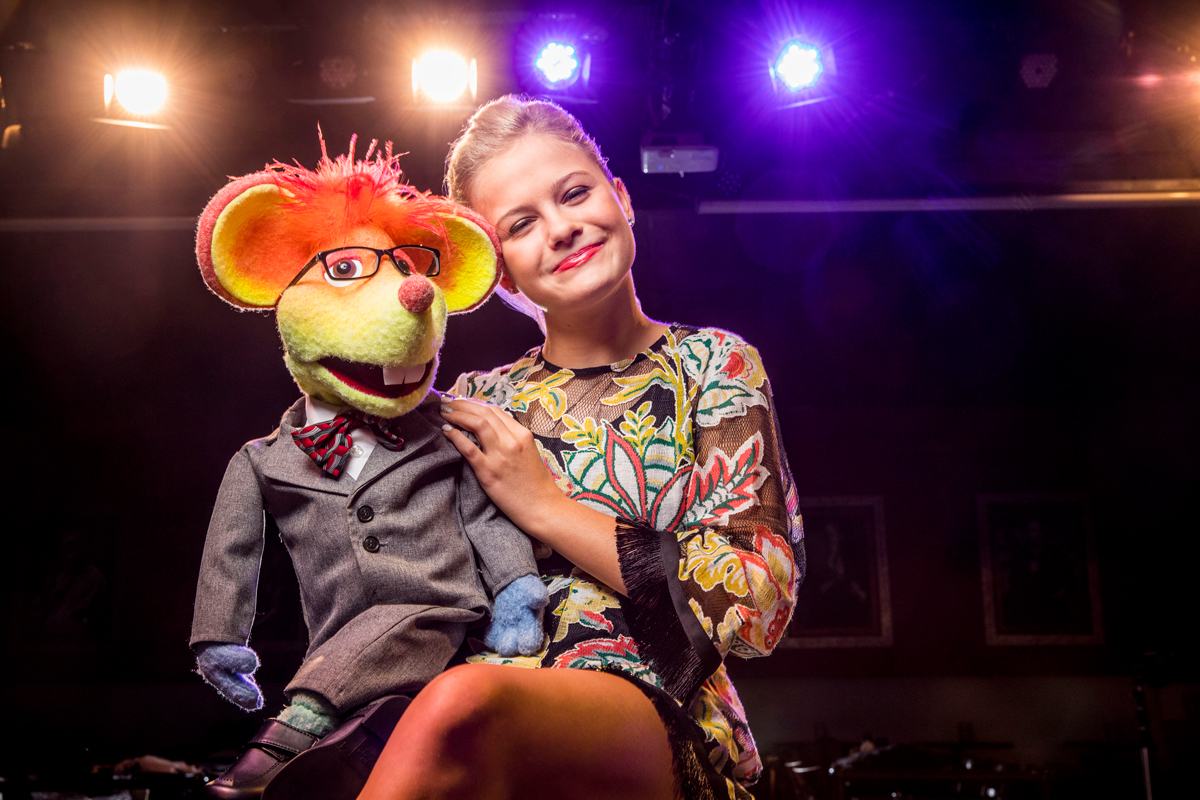 Darci Lynne (Farmer) may be an introvert, but that didn’t stop the bubbly 14-year-old from stepping onto one of the biggest stages on television – America’s Got Talent – to perform. The Oklahoma City native went on to win the twelfth season of the show in 2017 with her singing ventriloquism act.

Richmonders will get to see Darci and her puppet friends when her tour, Darci Lynne & Friends: Fresh Out of the Box, plays Altria Theater on March 10.

Darci was six years old when she started singing. She became interested in ventriloquism at the age of ten after meeting a young girl who was a ventriloquist. “She was amazing,” Darci says. “I wanted to try so I taught myself in my bathroom mirror.”

She decided to add her first passion, singing, to the routine. She tried out for Edmund’s Got Talent in 2014 and ended up winning the show. “My grandpa found out about it and called my mom thinking I would sing in the show,” she says. “I asked, ‘Can I please do my ventriloquism?’”

She continued to perform locally. Her career took a leap when she found her ventriloquy coach Gary Owen in Oklahoma City. She won first place in both the junior division at Oklahoma’s Got Talent and Oklahoma Kids. She followed those wins with an appearance on NBC’s Little Big Shots in 2016.

“That was my first television debut,” Darci says.

In 2017, she auditioned for America’s Got Talent and made it past the producers. “I got to go on the audition show, and I got the golden buzzer from judge Mel B,” says Darci, who was twelve at the time and performed Summertime with her rabbit puppet Petunia. “It was the largest audience. It was terrifying looking out and seeing all those faces. It was also exciting. My nerves went away once I started doing my thing.”

The show’s live shows were even more nerve-racking, she adds. “There are fourteen million people watching and you don’t want to mess up.”

Darci performs with a variety of puppets, each with a different personality. She found her first puppet on eBay and then discovered craftsmen online that make professional puppets. “They all come to me in different ways,” she says of her puppets. “Katie was my first. Petunia and Oscar were gifts, and Edna was made for me.”

Now in the eighth grade, Darci is juggling school, touring, and competing. “It’s hard and challenging when I’m on the road and competing, but I’m getting more used to it,” she says, adding that both of her parents travel with her. “They are super supportive. They are the best.”

Last December, Darci hosted her own Christmas special on television and had the opportunity to sing many numbers as Darci and not as one of her puppets. “It was incredible,” she says. “It was the best experience ever. I like showing off my singing voice.”

Just recently she competed on America’s Got Talent: The Champions, but was eliminated on January 14 and brought back as a wild card later in the show. During the show’s recent finale she came in as a runner-up to the winner of The Champions season. “I wanted to be on the Champions show because I was missing the competition,” she says. “I love the competition part. I want to get back into it.”

For more information and tickets for Darci Lynne & Friends: Fresh Out of the Box, visit Altria Theatre.

GO HERE and enter to WIN tickets to Darci Lynne & Friends at Altria Theatre, Sunday, March 10, at 3 p.m. This contest has ended.