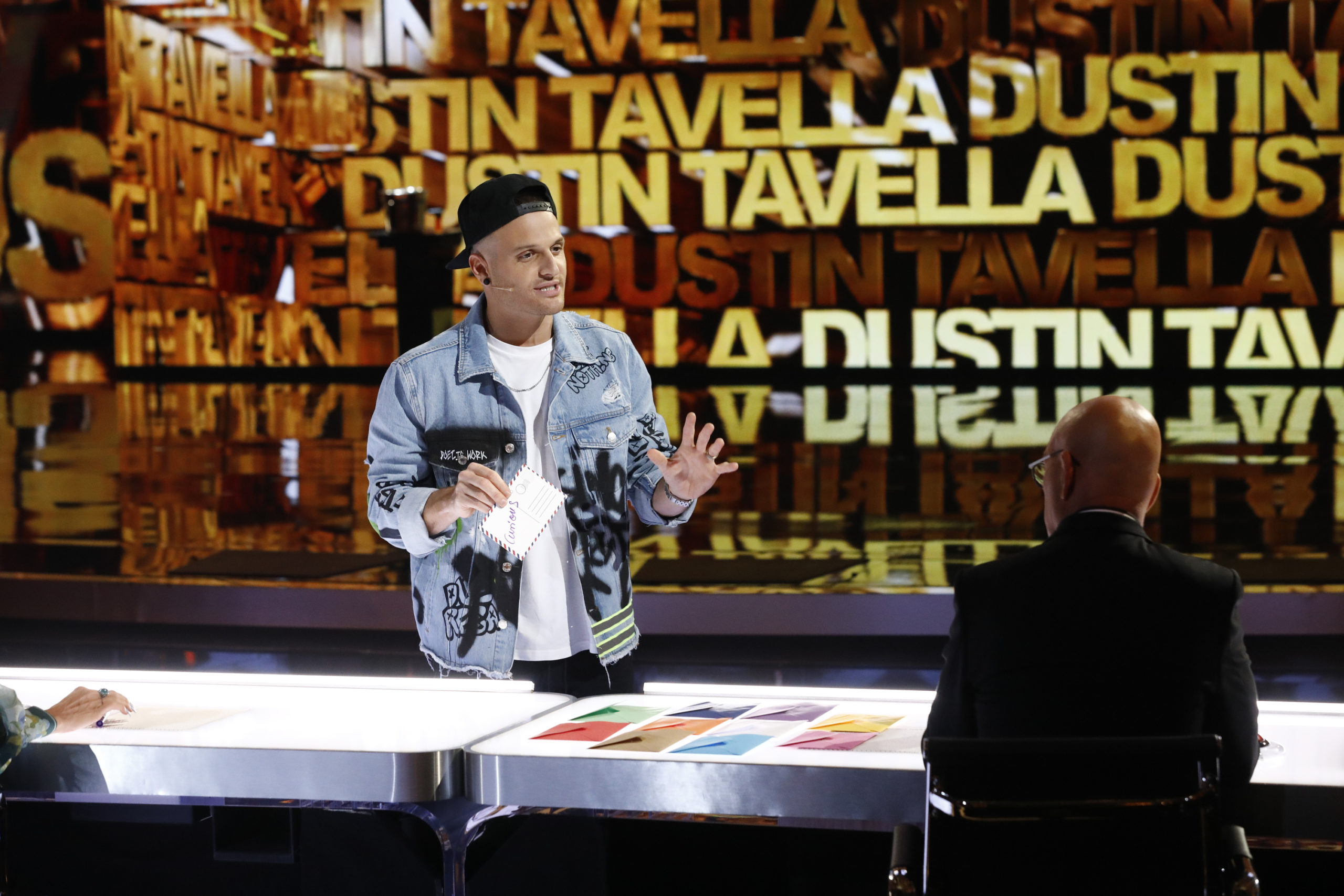 For Season 16 America’s Got Talent Winner Dustin Tavella, Magic is About Connecting

In the eyes of magician Dustin Tavella, magic is about skill and engaging with people.

“I think the thing that is funny is it’s not about the magic for me,” says the AGT finalist. “I do love it because it’s a way to communicate.”

For Tavella, that engagement with the audience involves storytelling, talking about his family and what he has learned in life.

“I hope things I have been through help encourage other people,” he says.

A Pennsylvania native, Tavella moved to Virginia Beach about a year ago to be closer to the churches and ministries he and his wife Kari had been working with for a while. “I fell in love with Virginia Beach,” says Tavella.

His love of magic began when he was between the ages of eight and ten. He would dress up like a clown and perform at local birthday parties and on occasion grand openings. He stopped doing magic when he turned twelve.

He came back to magic three years ago when he met a friend who performed magic on the side. “It re-birthed that childhood dream in me,” he says.

He became a voracious student, reading and learning as much as he could. Tavella’s style of magic draws from different genres such as mentalism, stage magic, and close-up magic. “I like picking different pieces of styles that I love,” he says.

All of the magic tricks he has done on AGT have been tailored for the show. His performance on the semi-finals in August was completely original. “I had never done it before,” he says.

His first performance on the show was a memory maker for him. “I loved it so much because I was engaging with the judges. It felt like I was having a conversation  with everyone,” he says. “I love having the judges be a part of it … where I can take something personal to me and make them a part of it.”

Being on stage and performing live adds stresss, he says, and the prevalence of social media intensifies that. “Now with something being posted on YouTube, there is more pressure to help things go as perfectly as possible.”

He admits he can become obsessed with magic. “At home, we have no-magic Mondays so my wife can have my undivided attention,” he says.

The amount of practice he can squeeze in at home has changed since he and his wife became parents. The couple adopted toddler brothers Xander and Sylas. “I try to come up with new ideas on not a lot of sleep,” he says. “I practice during their nap times if I am not napping.”

A lot of his practice comes from performing for people. “I do a couple of magic tricks each day for people in the leasing office [of his apartment complex],” he says.

Prior to his return to magic, Tavella was working in music and traveling the country with his wife doing missionary work. Faith is a big part of his life.

“I like working with people who need help, working with communities,” he says. “My wife and I want to serve other people.”

Over the years, he says, he has grown and experienced new freedom.

“I found hope and purpose in life,” he says. “Magic is away to tell these stories … things I have learned and the hope we have experienced.”

Tavella loves being on stage and entertaining. As the winner of AGT Season 16, one of his goals will be to get his story out to as many people as possible.

“I joke about getting a minivan,” he says. “I would love to adopt more kids that need help. Money aside, I want to build my family and do more outreach. If I could position myself to do what I love and be with the people I love, that is a win for me. For us, we want to keep growing, take advantage of this together as a family, and reach as many people as possible. That’s the dream.”

As a performer and entertainer, he’s happy to get to a point in his career where he is able to perform on television for millions of people.

“It’s been an honor for me that people are connecting with me,” he says. “I feel really proud.”

Sixteen-year-old Aidan Bryant embodies the word resourceful. At at the age of fourteen he was so enamored with the acrobatic aerial moves he saw superstar singer P!nk perform during one of her concerts, he decided to learn all he could about aerial performance.

“I didn’t know this existed. I started researching aerial and what I could do with it,” says Bryant who is a finalist on NBC’s hit show America’s Got Talent. “I wanted to try all these moves and try to perfect them.”

He began rummaging around in a closet in his home, found a bedsheet, tied two straps to it and went outside and put it up in a tree using a ladder.

“I did flips upside down. It was fun,” says the Prince George high school junior. “It was like being a kid. It was like doing the monkey bars to me.”

Each day Bryant would show his mom his new tricks when she came home from work. It wasn’t long before she began using the family’s riding lawn mower to help pull the rope that would hoist Bryant into the air. “Then we got a golf cart so it would be faster,” he says. “I saved up and got a giant aerial rig. We did all of this in our backyard.”

Bryant has gained more strength and flexibility in the past two years. “It’s great to have [the aerial work] because I don’t like to exercise,” he says. “I do my exercise on the apparatus. I normally practice three hours a day.”

After perfecting his routine, he sent a video to America’s Got Talent. Next came a virtual audition and later, a live stage audition in front of the show’s four celebrity judges. “I made up my routine for my audition and picked the song,” he says.

Bryant uses the flow of the music to help determine the moves he will add to each routine. “I can play with the apparatus and see what comes out of it to find different moves,” he says.

He has performed using the aerial hoop, aerial straps, and a combination of both on the AGT stage. The teenager isn’t afraid to try something new each time he performs for an audience. His last two live performances have featured tricks he had never done before.

“When you listen to the music like dancers do, you start getting into it. It’s like dancing on an apparatus in the air,” he says.

His classmates and teachers in Prince George have been very supportive as has his mom. “She watches everything I do,” he says. “She was my first fan.”

He was thrilled when celebrity judge Sophia Vergara told him that he was an inspiration to others.

“I want to be an inspiration to everybody,” he says.

Bryant says he wants to continue performing, but his end goal is to open up an aerial studio. “I want to teach kids and all people how to learn aerial,” he says.