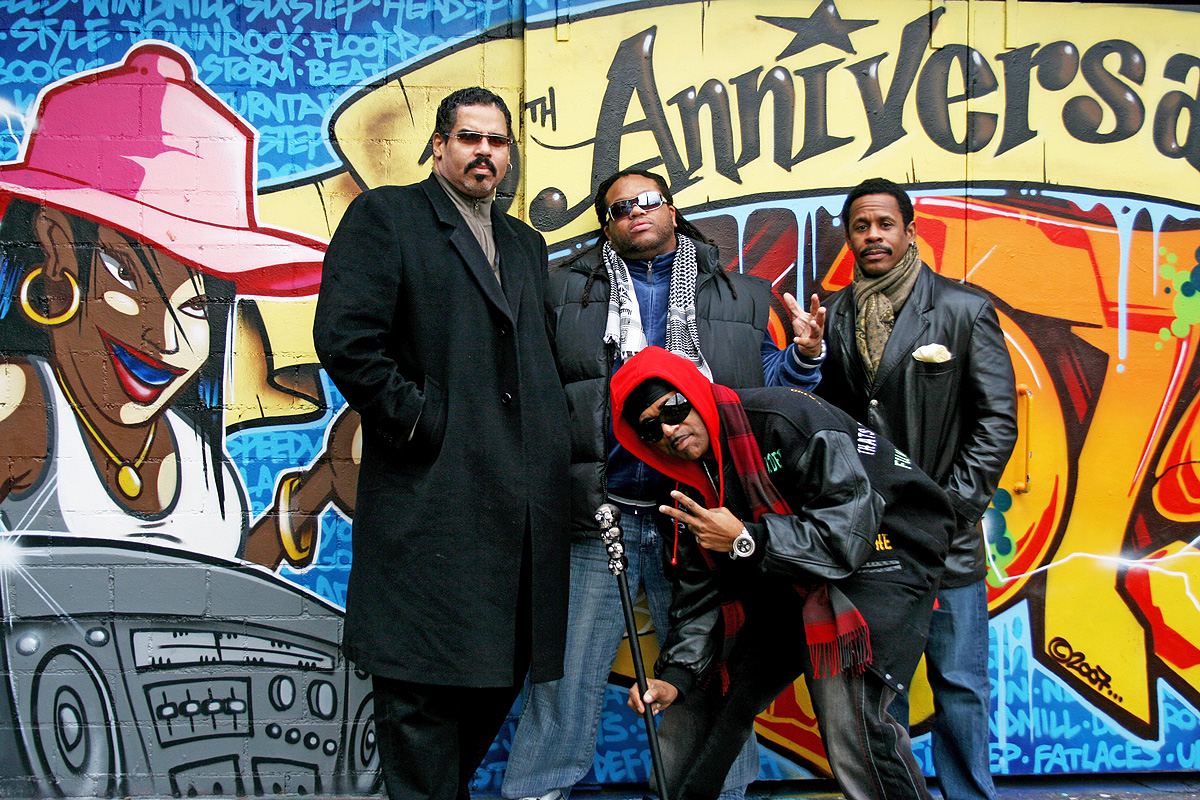 Henry “Hen Dogg” Williams doesn’t get tired of hearing stories of how so many people’s lives have changed because of the Sugarhill Gang.

A member of the group for the past twenty-four years, Williams explains the Sugarhill Gang didn’t invent rap music, but rather introduced the art form to the world with the group’s first record, Rapper’s Delight, a bona fide hit in 1979.

This year, the group is celebrating its fortieth year in in the industry. Williams shares the stage with two of the three original members, Guy “Master Gee” O’Brien and Michael “Wonder Mike” Wright, who started the group with the late Henry “Big Bank Hank” Jackson.

The history of rap music dates back to the Bronx where it all started. “It was just a street thing; a neighborhood thing,” Williams says. “People had basement parties and the DJs would get on the mike and rap over the music and beats.”

He credits producer Sylvia Robinson with Sugarhill’s big break. “She went to a birthday party and saw how the crowd reacted, and how it was a big thing to rap over the beat,” he says.

Robinson made the rounds, talking to record labels, but was told rap was just a fad that was here today and gone tomorrow. So, she put out Rapper’s Delight independently after auditioning Big Hank, Master Gee, and Wonder Mike and seeing what they could do.

“She had a band that played it live. They did it in one take – in one day,” Robinson says, noting Rapper’s Delight became a “phenomenon.”

Williams was producing music for a label before joining the group after Big Hank’s first departure. “Performing has always been my thing. I love songwriting, and I play piano and keyboards,” he says. “It was my opportunity to perform with the group.”

Williams and all the members of the group grew up in the same era, listening to and loving the same music, he adds. “It was a perfect situation for me, being in the right place at the right time.”

Today, members of the group play gigs all over the world. They just returned from Europe this summer. “We have a new record Someone Like You that’s number ten on the International pop charts,” Williams say. The group’s 2009 release Lala Song with Bob Sinclair went to number one in France.

The group will release Fever, its new record with Siedah Garrett, on November 1.

Reaction to the group’s music isn’t the same in America as it is in Europe, Williams says. “In Europe, people have a great respect for history. In America, whatever is good today is what people want. Anything five years ago is old school. I don’t know what they consider us. Dinosaurs? In Europe it’s not like that. They appreciate good music. It doesn’t matter where it came from.”

European families who grew up with the group’s music often bring their kids to the show. “They explain that this is where rap started, with Sugarhill,” Williams says.

The group has made it a priority to give back whenever they can during their tours. Next month, members will travel to Canada where they will perform to raise money for terminally ill kids. “We do those types of giving-back events on a regular basis,” Williams says.

Over the years, Williams has watched the evolution of rap music. “It’s gone through its ups and downs, but one thing we do know for sure is that rap music is here to stay,” he says. “It’s mainstream today.”

When they play the mainstage of the State Fair of Virginia this Friday at 7 p.m., Sugarhill will perform a variety of old and new songs. “We start from the beginning and mix old and new. It’s like telling a story. It takes you back to the ultimate song that started it all, Rappers Delight,” Williams says.

For more information on the State Fair of Virginia – including tickets, mainstage concerts, and attractions – visit statefairva.org.