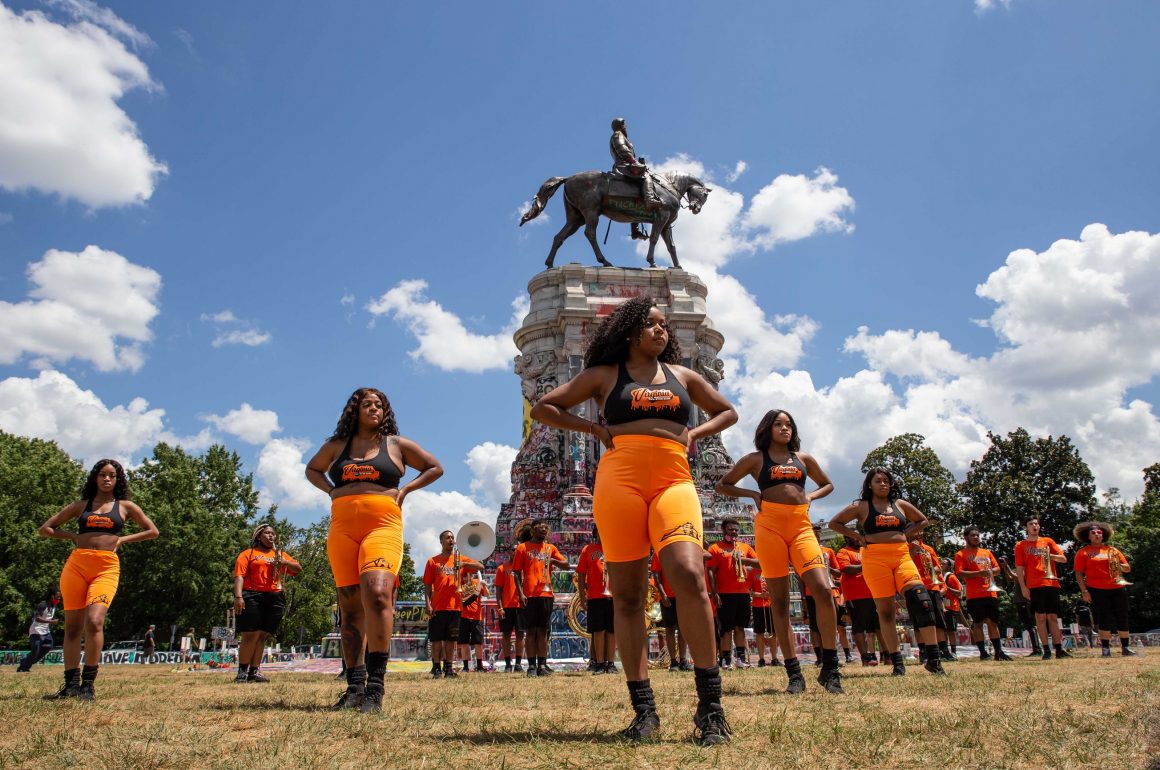 It hasn’t been easy for Marc Cheatham – who goes by Cheats – to explain the COVID-19 virus to his 5-year-old son Cameron. One of the main takeaways for Cameron is that he hasn’t been able to get a hug from his grandparents for months.

“He’s an extrovert and it’s been a challenge for him,” says Cheats, founder of The Cheats Movement blog and director of constituent services and casework for Senator Tim Kaine. “Explaining this virus that you can’t see or touch to a 5-year-old is hard. It’s a difficult to explain to him that he can’t do anything he has done every weekend in the past and that he has to use a mask. Or that Grandma can’t come into the house, because you don’t want to get her sick. But he’s resilient.”

Cheats and his wife, Aria, have been fortunate they can work from home and be with Cameron every day. And, that’s helping their 5-year-old adjust to a new way of doing things.

Of course, the pandemic isn’t the only topic of family conversation. Cheats is also teaching his son about growing up Black in America. For parenting, he is using the building blocks his parents used when they taught him about race.

“The way I was brought up and my wife was brought up is that this is a constant, not a singular moment,” he says. “Cameron is growing up in a house where he hears a lot of news. That’s accelerated the timeline in which we have to explain this to him.”

Cameron has seen the news about the monuments being taken down; Cheats explains that the monuments weren’t necessarily put there for all Virginians or Americans. “They were put up to elevate Confederate values or white supremacy, and that doesn’t fly a hundred years later,” he says.

Cheats isn’t sure how much his 5-year-old son grasps. “I want to teach him in layers, so by the age of eight or ten he will understand the history of race in America.”

Cheats started The Cheats Movement blog in 2011 as a way for him to stay connected to Richmond and its arts and culture scene because he was traveling for work constantly.

A while later, he began shooting photos at Richmond hip-hop concerts and covering the hip-hop scene. But in 2016, the blog’s content expanded and became more of a community-based arts and culture blog.

This summer, in response to George Floyd’s murder, a worldwide movement to end racism and police brutality has resulted in numerous protests, marches, gatherings, and in many cities, the removal of statues that were erected to honor Confederate figures and values.  In June, Cheats began telling the story of the demonstrations and protests in the Richmond region by publishing moving images, called photo essays, by local photographers.

The newest project on the blog is Voices: Critical Thought in a Challenging Time. “We have a combination of Richmonders writing first-person essays. That’s how we are covering what’s happening in the region,” Cheats says, noting five essays have been released to date.

Historian Julian Hayter, PhD, associate professor of leadership studies at the Jepson School of Leadership Studies at University of Richmond had the first essay in the series. Hayter is a renowned expert on Confederate monuments. Other contributors include Richmond musician Angelica Garcia, whose single “Jicama” President Obama selected as one of his favorite songs of 2019.

Cheats has opened the Voices project to anyone who wants to write an essay. “We are up to about fifty or so essays,” he says. “The project will be ongoing for a while.”

Putting it All in Perspective

The challenges of today need to be put in perspective, according to Cheats. “I believe what’s happening now in Virginia and the nation is a result of a multitude of factors. It’s this current movement in combination along with what has happened in history,” says Cheats.

This is a unique time and moment where “all of these factors have come together and forced us to look in the mirror and ask ‘is this a legacy this generation wants to leave for the next generation?’” Cheats says. “Certain changes have to be made in social justice and racial equality. Moving forward, everyone is going to have to be mindful of what the future is going to look like – the potential and the risks.”

The changes people are seeking have to be carefully considered and strategic, he adds. “I don’t want my son looking back in fifty years and saying they had the opportunity and didn’t take it,” says Cheats, who uses a lens that keeps his son squarely in the frame when examining issues like this. “I am hoping we take advantage of the opportunity we have been presented. I am very cautious for the direction we go and hope our children will benefit one day. Even with well-intentioned people, there is no magic bullet.”

To view the photo essays, go here. To read the submissions for Voices: Critical Thought in a Challenging Time, visit The Cheats Movement.

Catch up with Who’s Got Next, The Race for Richmond Mayor 2020 at the The Cheats Movement. Cheats hosted three mayoral candidates on his podcast and you listen here.