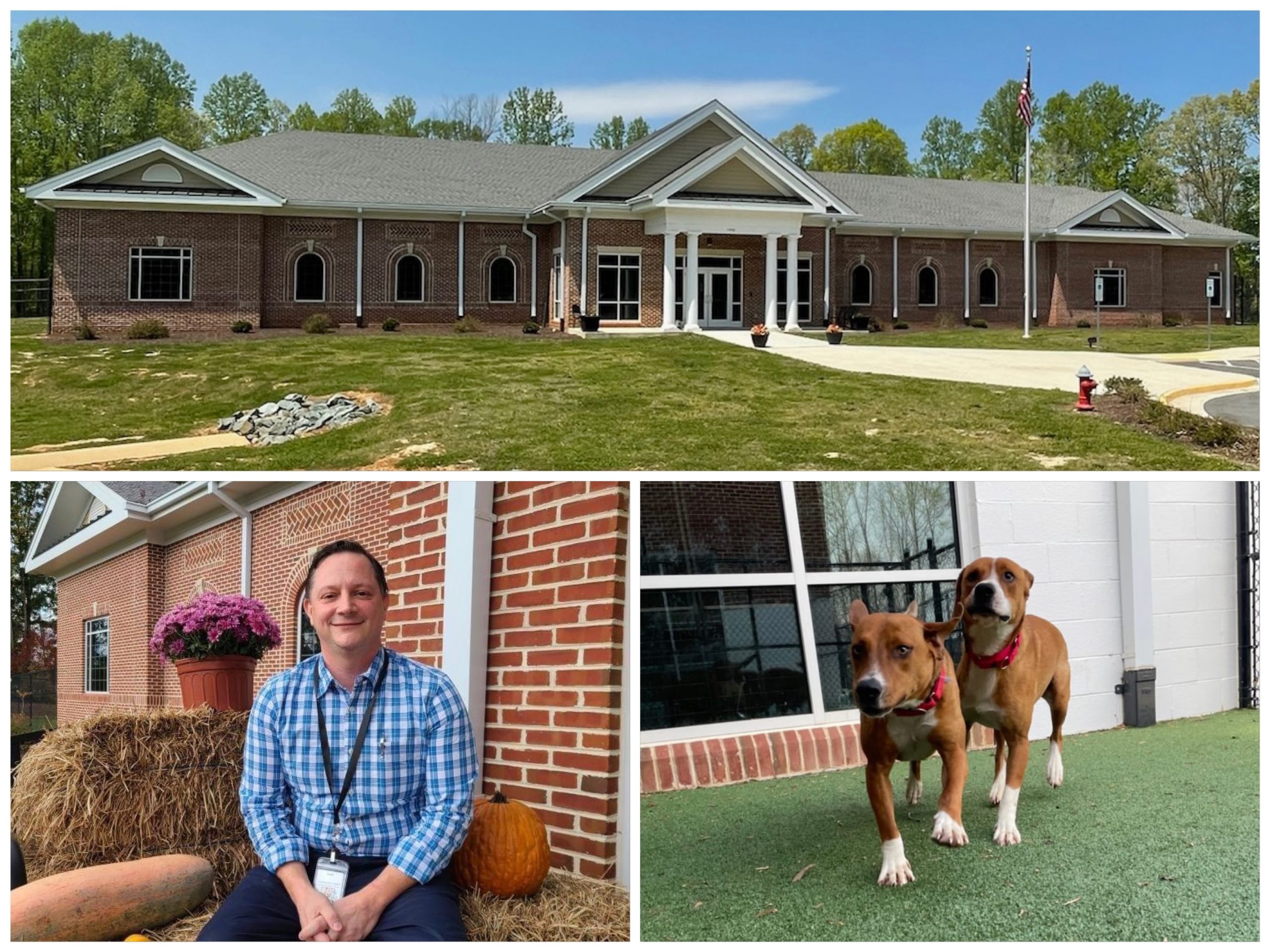 Job Greene grew up with an appreciation for animals. “My dad and grandfather always loved animals,” says the upstate New York native. “We would watch Wild Kingdom together. Growing up, I wanted to be a veterinarian.”

Now Greene is fulfilling that lifelong enthusiasm as director of animal care and protection for the Goochland Animal Shelter and Adoption Center.

“Animals were always important to me but growing up, I didn’t think of it as being a profession for me, especially in New York where I am from. There were no animal control shelters,” he says.

Greene had never worked in animal shelters before moving to Richmond after graduating from Mount St. Mary’s College.

“My brother was a professor at Virginia Commonwealth University, and he was looking for a roommate. I lived with him in the Fan district and saw that the city of Richmond was looking for animal control employees,” he says.

At Richmond Animal Care and Control, he realized a passion that he never knew existed in him.

“It was my first exposure to a pound. It was a little overwhelming, but things started to click and turn around,” he says.

Greene worked at RACC for seven years before taking a position as animal services supervisor for Prince George County.

“I was in charge of the shelter. I was running calls to pick up dogs, doing animal cruelty investigations, and supervising the animal shelter at the same time,” he says.

He left  the shelter to take over as operations manager for the Disputanta Animal Hospital in 2019.

“I had worked with the vet, Dr. Kim Eaton, for my entire career in Richmond. I’ve known her for more than twenty years. She was like a mentor,” he says, adding that the job allowed him to  got to see the other side of animal care. “I got to see her whole practice, from nuts to bolts. It was really interesting and exciting.”

After two years, Greene realized he really missed working in a shelter. That’s when he discovered the opening at Goochland.

“I missed putting animals into good homes. When I was doing that, I felt like I was making a difference. I was looking for that opportunity,” he says. “You are helping people and animals at the same time.”

“I felt like I would have the unique opportunity to make Goochland the best shelter it could be,” he says.

In calendar year 2021, more than 750 animals came through the shelter and adoption center, an increase of more than one hundred from the previous year.

“In addition to dogs and cats, we have had everything, including a python, rabbits, guinea pigs, a Holstein bull, goats and horses, anything you can think of as a domestic animal,” Greene says. “We generally have domestic animals, but we also do wildlife calls. We are building a livestock building and two large animal corrals.”

The county does see a lot of hounds and beagles at the facility. “Beagles have great temperaments. They are loving, sweet animals that do great with other pets,” he says.

The shelter and adoption center are fortunate that Goochland Pet Lovers help coordinate their volunteers.

All volunteers attend dog training and work with a cat behaviorist to get them up to speed. They also walk with dogs to nearby Hidden Rock Park so the dogs can learn leash skills, which makes them more adoptable.

“Anything we do in the shelter usually volunteers are involved,” Greene says. “The volunteers are the biggest boon we have going for us. They are very dedicated.”