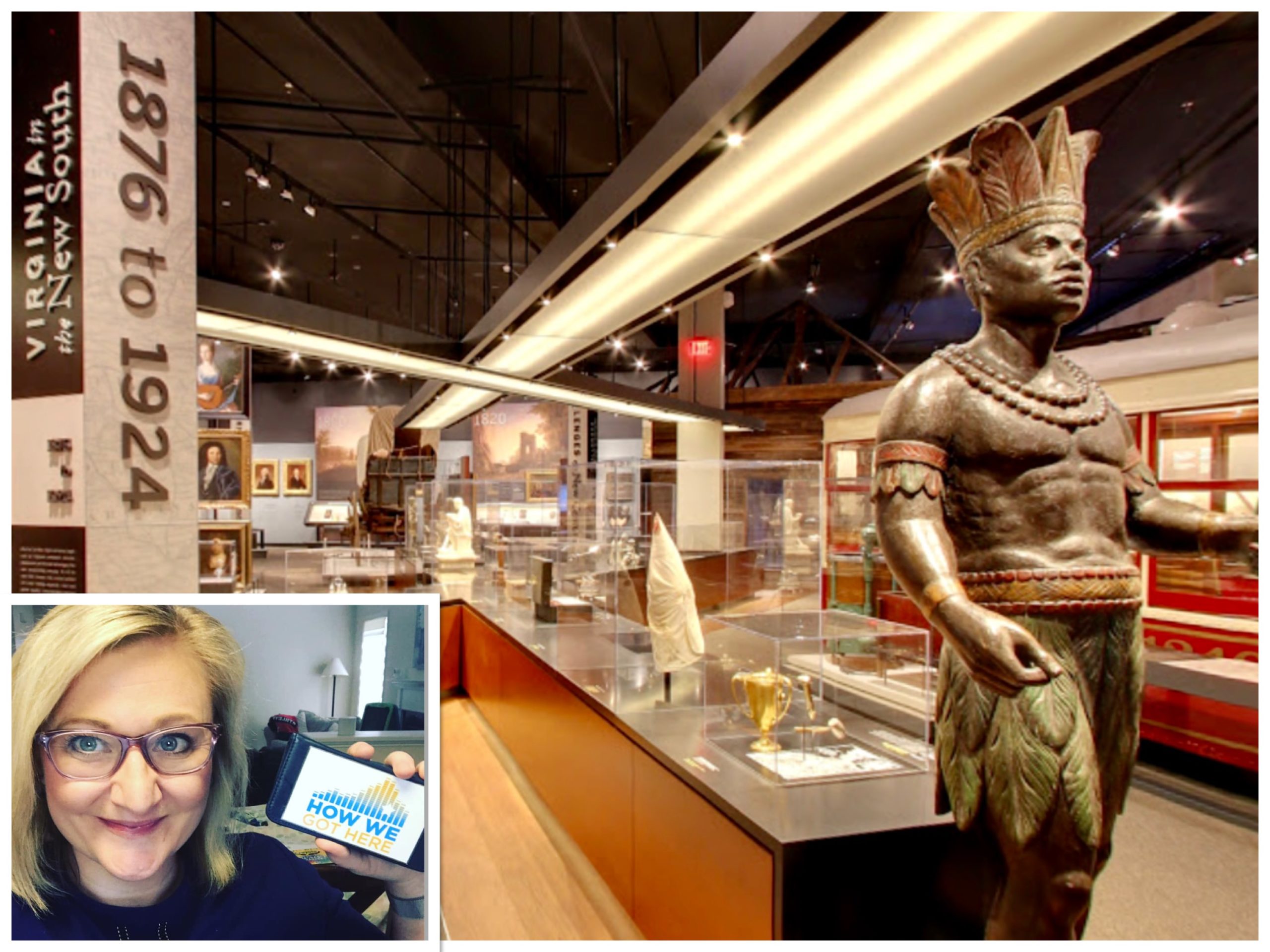 Listening to podcasts is an activity Rachel DePompa does every day. “It’s one of my favorite things to do,” says DePompa, NBC12’s investigative reporter and creator of the NBC12 podcast “How We Got Here.”

The podcast highlights Virginia’s history, told one week at a time. “We tell some stories that people may not have heard in school,” DePompa says. “We dive into the story and peel back the curtain. We look at what documents really say. We do old history and new history. It could be from a year ago or 400 years ago.”

Production of the podcasts includes DePompa, executive producer Colten Weekley and digital content director Kate Albright. “Colten and I decide what to do. We write the scripts and fact check. I edit the whole thing and pick out the music,” DePompa says.

The idea “How We Got Here” came from DePompa’s habit of listening to podcasts. “I enjoy this form of storytelling,” she says. “I walked into Kate’s office and said, ‘I want to do a podcast because that is all I listen to.’”

At first, DePompa thought about a true crime podcast because of her interest in that subject. Albright suggested history. “We thought that was a cool idea for a podcast because there is so much rich history in Richmond,” DePompa says.

Sponsors for the podcast are the Virginia Museum of History and Culture and the Library of Virginia. “We will often go to them and say, ‘Do you know a good expert on this?’” DePompa says.

She and Weekley decide what time period to spotlight and then begin researching, using a variety of sources, to determine what occurred during that time.

“We map out what we want to cover. We want it to be fun, something you want to listen to,” she  says.

Once the week is identified, she and Weekley start looking for people that can help them tell the story. “Some of the stories have interviews and some we research and tell, using anecdotes from our research,” she says.

Often she finds moments in history that are similar to events years later, even stories that have been in the news recently — think the Robert E. Lee monument and racial equality. “History is so important,” she says. “All these things that are happening make history more relevant now. We look at the history we have been told and who has been left out.”

The podcast will air a story later this season in episode five about Meriwether Lewis and William Clark, known for their expedition from the Mississippi River to the West Coast and back.

In the episode “we talked about myth-making,” DePompa says. “The story is different than what you learned in school. We spoke with an expert at VCU that’s pulled a lot of research from Lewis and Clark’s journals on the expedition.”

DePompa enjoys learning information when she is uncovering a historical event. “History was my favorite subject in school,” she says.

DePompa, the mother of 6-year-old twins, was interested in archaeology as a child. At the University of Maryland, she started working in newspapers, then went to radio and eventually television. She decided to graduate with a degree in broadcast journalism and pursue TV, after graduating.

“Now I’m doing a podcast so it’s come full circle,” she says. “Looking back at history, you can learn so much about yourself and the world around you. You can learn how we got to this point, which is how we came up with the name of the podcast.”

In making the podcast, she and Weekley don’t shy away from telling any stories. “We have some amazing experts,” she says.

Each episode of the show is one hour long and typically contains three to four segments. One of the segments that surprised DePompa was about Gabriel’s Rebellion in Henrico in 1800. Gabriel, an enslaved man who was owned by Thomas Henry Prosser, organized a plan to rebel but two slaves revealed the plot and the rebellion was thwarted. Gabriel and more than forty other slaves were hanged for their part in the plan.

“I went into that blind,” she says. “Gabriel was born in 1776. It’s not long after the American revolution. Here is a group of people trying to get freedom in the U.S. It was a poignant moment.”

DePompa is drawn to stories of powerful history. “I love telling those stories,” she says. “It’s been so much fun, and I have learned so much from our listeners. They are so loyal.”

She finds it so “incredibly humbling and truly gratifying to know people, especially children are learning about Richmond’s past. For far too long, we only ever talked about parts of our history in this city. The parts of the past on display all around us – surrounding the Confederacy,” she says. “I love being about to share more moments that listeners probably didn’t know. And I love being able to go so much more in-depth is a dream for any journalist.”

Now in its fourth season, you can download “How We Got Here” wherever you get your podcasts.

Lose Yourself in “Come from Away’s” Message of Healing, Compassion, and Generosity