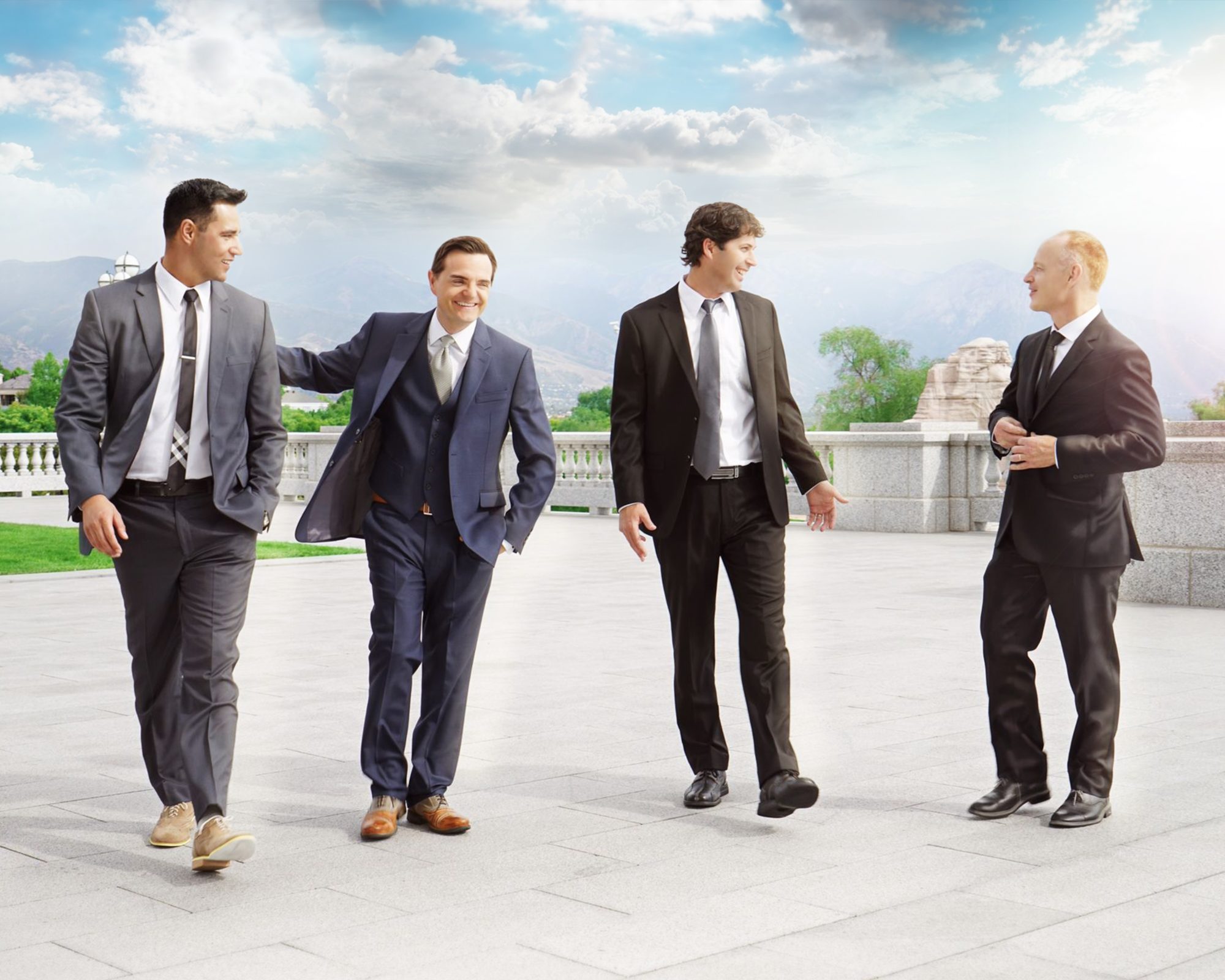 “We wanted to put a piano and cello in places no one had them in,” says Nelson of creating videos in natural outdoor settings. “The outdoors seemed like a natural habitat for the music we were putting together. The beauty of this earth is limitless and the beauty of music is limitless. Put them together and you have an incredible setting and incredible music.”

The group shot performance videos at four of the Seven Wonders of the World. Nelson recalls one moment when he was situated on a cliff edge overlooking a tumultuous ocean and playing Somewhere over the Rainbow. “The thought that came to me was, Man, I am glad my dad made me practice!” he says.

Richmonders will get the chance to see the group perform on February 22 at 8 p.m. at Altria Theater.

The Piano Guys began in 2010 when Anderson, who owned a piano store at the time, wanted to use videos of the group performing to advertise his store. “Now, we get three million new views a day … and we didn’t sell a single piano,” Nelson says.

The group has produced eight albums with Sony and has almost two billion views on YouTube and eight million followers on all of its social media platforms.

The group’s music is classically influenced, ranging from original music and film scores to classical and popular hits. The group’s process is very organic and often very spontaneous. “We can do one genre, or we can mesh them all up at once,” Nelson says. “We recreate a tune and make it our own so it’s fresh. People recognize the tune, but it’s done in an original way. It’s not just a carbon copy cover.”

Nelson grew up listening to classical music at home. “It’s woven into the tapestry of my music,” he says, adding he can listen to a popular tune and know what classical piece would be a good fit for a mash up. “It’s a feeling. Sometimes it seems like the songs choose us.”

Often the music is meshed with a storyline. The group’s most recent album, Limitless, features the song In My Bloodby Shawn Mendes meshed with Tchaikovsky’s Swan Lake. “Both have the message of not giving up,” Nelson says. “Mendes’ song goes so seamlessly with Swan Lake.”

The essence of creativity, he adds, is “to discover stories in music.”

In live concerts the group likes to pull surprises on their audiences. “This isn’t a cello and piano concert. We bring down the fifth wall. We use technology and video components to help the music be transported,” Nelson says.

They love adding humor to the show. “Classical music can be so serious that it turns people off,” Nelson says. “We like to be lighthearted on stage and with our interactions with the audience.”

Part of the purpose of the group’s music is to provide motivation for kids who are struggling with music. “We want to help them remember that music is about joy and exploring. I’m an average guy and I have grabbed hold of something that I love, and it has resonated with me,” Nelson says. “Our hope is that when kids see our music videos they use them as incentives to practice music for the fun and the beauty.”