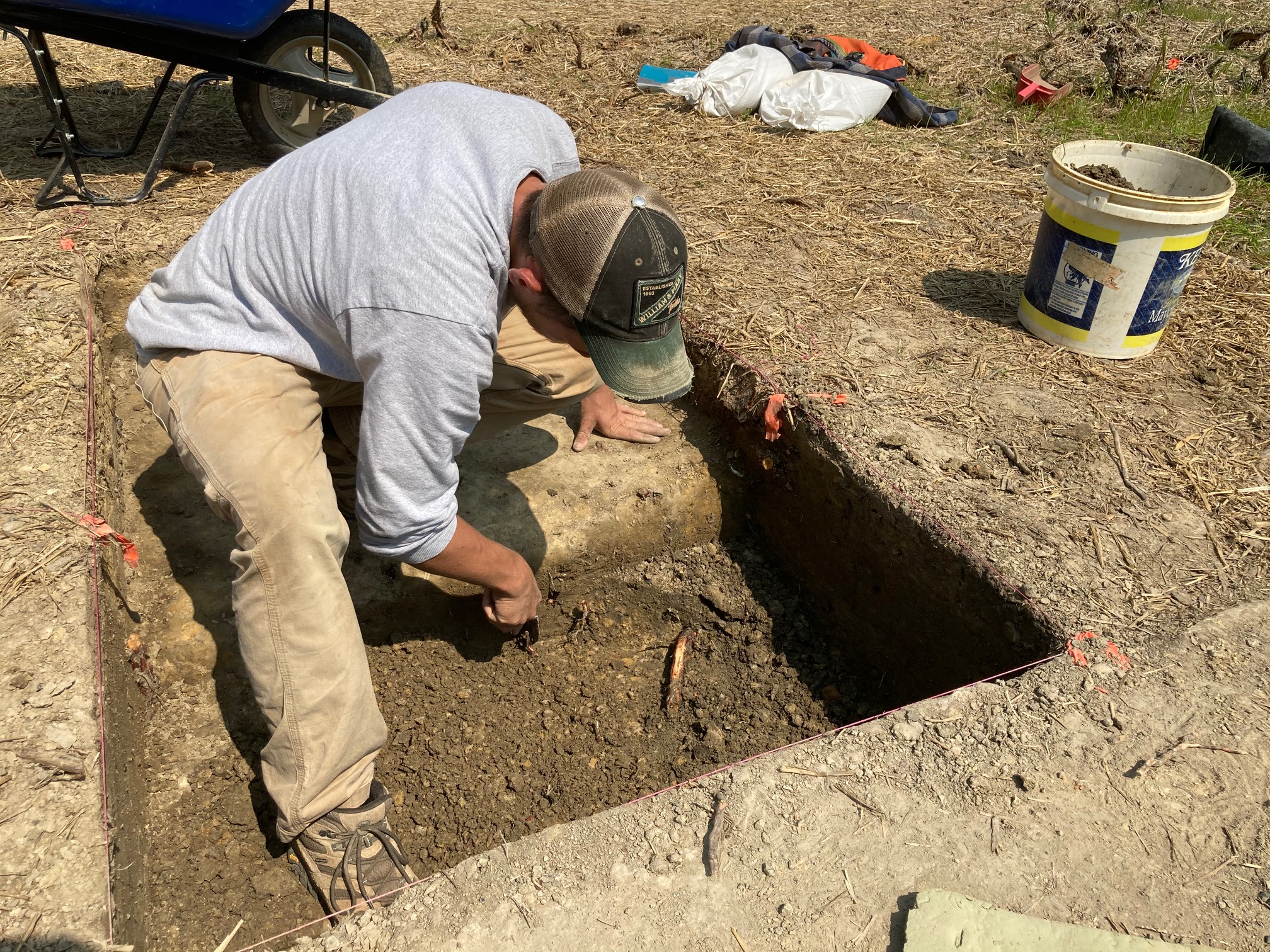 Connie Matthews Harshaw is thrilled that Colonial Williamsburg archaeologists are beginning their excavation to find the original structure of First Baptist Church, one of the country’s oldest churches founded entirely by Black Americans.

Radar indicates that remains of this early structure used by members of First Baptist Church – originally founded in secret by free and enslaved Black people at the start of America’s Revolution – may lie buried near South Nassau Street in Colonial Williamsburg’s Historic Area.

“We have to get this story right for future generations,” says Harshaw, a member of the church – the current church is not located in the historic area of Williamsburg —  and president of the Let Freedom Ring Foundation.

Archaeologists and church leaders hope to unearth evidence of what researchers believe may have been the structure offered for the church’s use by white landowner Jesse Cole who owned the property at the time. They also hope to identify any burial sites present so they can be protected and memorialized.

The first phase of the public excavation which will last approximately seven weeks is underway. Future phases are under development.

“There are so many stories in and around the Historic Triangle that should be told,” Harshaw says. “We just have a small piece of it with the church.”

Artifacts from the church include the Freedom Bell, which was purchased by the women’s auxiliary of First Baptist Church in the 19th century. “It fell into disrepair and there was no funding to get it fixed. It sat silent from the Civil War until 2016 when Colonial Williamsburg restored it,” Harshaw says, adding the Let Freedom Ring Foundation was founded to collect and preserve the artifacts of the church such as the bell.

“We are a supporting organization of First Baptist Church of Williamsburg,” Harshaw says. “We want to raise the level of awareness of African American history in the community.”

With the archeological dig, the foundation is hoping to find enough history to help tell the story of African American presence in the Williamsburg community. “All the people I’ve talked to said it would be interesting to hear the story,” Harshaw says, adding that many people don’t realize Williamsburg was 52 percent Black in 1776.

The land being excavated was partially covered by a paved parking lot before this summer. In May, ground-penetrating radar showed there are things “for us to take a look at,” says Jack Gary, director of archeology at The Colonial Williamsburg Foundation. “We knew the site was the location of an 1856 church. The foundation for that building is still there, and there seems to be a foundation below that.”

With so many issues facing the country at the moment, Harshaw is focused on getting the story of the church right. “There is no Black history and no white history. It’s American history,” she says. “We were on this journey together.”