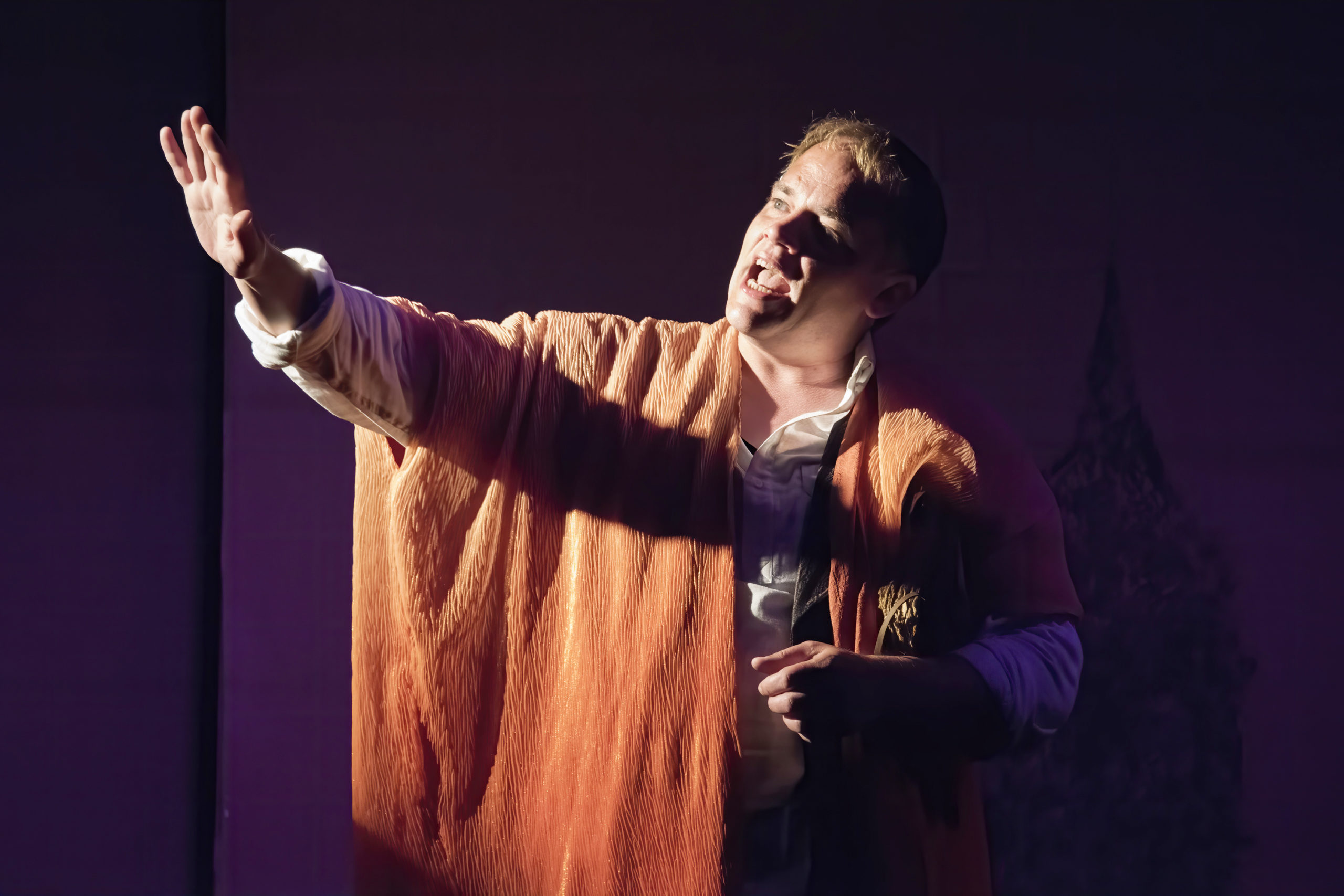 Theatres have been grappling with how to open their doors and present productions since the onset of COVID-19. The question is how can they make it work and work safely?

Firehouse Theatre is taking a novel approach in presenting its new production of The Picture of Dorian Gray, a slightly reduced version of the full text of Oscar Wilde’s 1891 Gothic tale.

The production, which is being performed by a single actor – Billy Christopher Maupin, started earlier this week. Each performance is limited to audiences of six or less.

The idea to stage a solo performance for a single audience member was the first to be tossed around by the theatre’s producing artistic director Joel Bassin, director Shirley Kagan, and Maupin.

When they talked about extreme social distancing in the theatre, they wanted a number that would make everyone feel comfortable. “We thought ten. and then dropped to eight. Then we landed on six partly because of the configuration of the theatre,” Bassin says. “Some performances will be for two people, some for four, and some for six. We separate everyone even if they are a couple.”

The other issue on the table for this production was how to turn a novel into a show. “We didn’t want to adapt it into a play. We wanted to create a performance that reflected the excitement you get from reading a good book,” Bassin says.

The show was scheduled to be presented last year but was rescheduled for earlier this year. Then the pandemic hit and it had to be rescheduled again. “We didn’t know if we should push it to the summer of 2021 or cancel it,” Bassin says.

However, Wilde’s book mirrors some of the issues people are struggling with in the pandemic such as isolation, being quarantined, and feeling fragmented – so it was a good choice for a show during this time period.

The story focuses on a beautiful young man who gives up his soul so he can remain beautiful and young forever. It poses the question “are other people good for you or should you be on your own?” Bassin says.

It was a happy coincidence that the theatre had a solo performance slotted for this summer, he adds. “We are learning a lot every day. We are learning how a theatre company and the audience interact. What do they want from the theatre? How do they feel about leaving the house and coming into a shared space?”

Before each performance, the theatre emails each audience member to give them the time they are to arrive, what seat they are assigned and what bathroom they use. “We are trying to be positive and optimistic,” Bassin says. “We are building a stronger relationship with audience members. We’re saying to them ‘what can we do to make you feel comfortable?”

Surviving During the Pandemic

Since the start of the pandemic, Firehouse has lost about a quarter of its earned income. “We’ve also lost the work of about 280 different performance workers,” Bassin says. “We are okay because of the hyperactive programming model we have, which features everything from magicians and comedians to burlesque and theatre. We have been able to assemble a nice little cash reserve for the pandemic.”

The theatre is now in the process of planning another one-person show in the same model with a severely reduced capacity. It’s also streaming some content.

The next show that was scheduled is The Zombie Life with a cast of six actors. Bassin does regular comfort checks with everyone in the show. “Last week we realized a couple of the actors weren’t able to rehearse,” he says. “We are going to use the performance dates to do remote content such as script development and promotion.”

The play’s premise revolves around a therapist who is doing a seminar to get people to commit to become zombies. “The actor playing the therapist will have Zoom appointments with general audience members and will be improvising to persuade each person to convert to being a Zombie,” Bassin says.

All of the theatre’s remote performances have to be pushed out as the performance is happening with an audience watching the live stream.

“We are using multiple cameras for streaming with the director deciding which camera to use,” Bassin says. “We want to give the people watching the show a perspective they don’t have as audience members in the theatre; something they can’t experience if they were here.”

It will take time to see how all of this – streaming and live in-house performances – shakes out, he adds. “Going forward, it’s case by case. We are starting to program some music events and character script development that is remote. We are going to keep learning and trying new stuff as the season goes on. We’re just going to have to say ‘here’s our schedule, but everything might change.”

The Picture of Dorian Gray runs through August 7 at Firehouse Theatre. For showtimes, details on safety precautions, and tickets, go here.