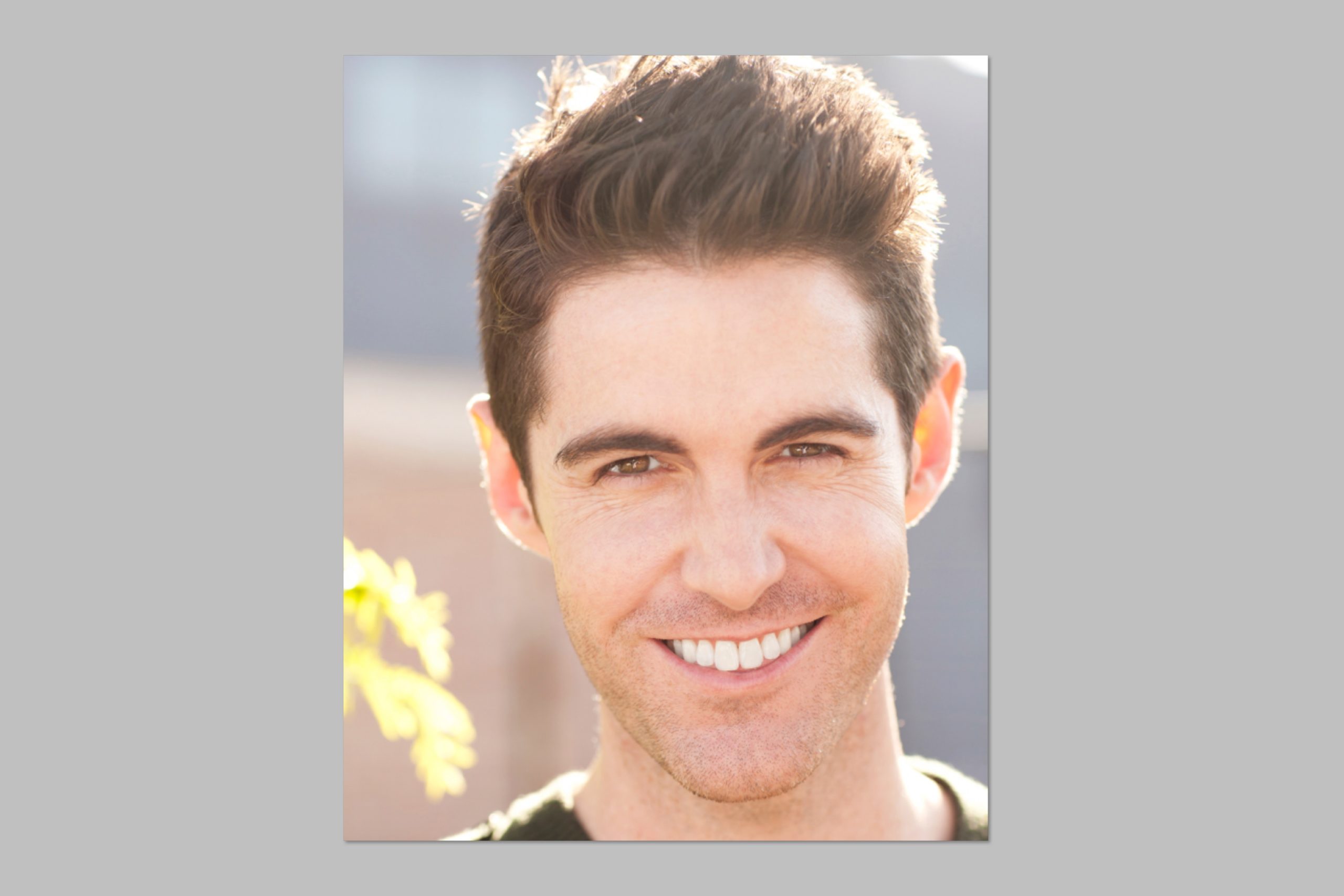 Matthew Lee Robinson couldn’t hold back his emotions when he watched the first technical rehearsal of his new musical Atlantis, opening at Virginia Rep this Friday.

“I burst into tears in the first five minutes because it’s so beautiful and other worldy,” he says of the scenic design by Jason Sherwood (Rent: Live on FOX, 2019 Spice Girls World Tour). “This is something you can walk into and go ‘we are not in Kansas anymore Toto’ and yet still find it familiar.”

The Virginia Rep production is being presented by special arrangement with Greg Schaffert (Peter and the Starcatcher) and Glass Half Full Productions (Network),through the support of the Muriel McAuley Fund for New Plays and Contemporary Theatre. It will be the first ever staged production of the show.

Robinson has been working on the show since 2012 when he began the musical draft. “In musical theatre you find yourself doing a lot of table readings,” says the Australian composer. “I can’t count the number of readings I have had where we have twelve to sixteen actors in a room reading and singing the entire thing. We’ve done them in Melbourne, Perth, New York, and Canada.”

In order for the show to continue to advance – hopefully to Broadway – he says you have to “get it on its feet and see what you’ve got. I can’t tell you how exciting it has been hearing the orchestrations (by Greg Anthony Rassen, Tony Award nominee for Bandstand and An American in Paris). With Amy Clark’s (Chaplin, A Night with Janis Joplin), inventive costume design, we are creating something that sparkles.”

The show takes you on a journey to an isolated, mysterious island days before it disappears forever. A young refugee washes ashore on the eve of a sacred solstice and ignites political chaos, giving birth to an unexpected new leader.

Robinson, who wrote the music and lyrics as well as the book with Ken Cerniglia (Dramaturg: Hadestown, Newsies, Peter and the Starcatcher) and Scott Anderson Morris, has been fascinated with ancient cultures since he was young, growing up in Australia.

“At the age of eight, I was obsessed with Atlantis as an idea. I was so interested in what it could be and what happened to it,” he says, adding he was also curious about a world that was getting ready to evolve. “Through my childhood and high school, I did projects on global warming and the Mayan civilization. I was interested in a world that was listening.”

He began editing and rewriting Atlantis during a workshop at his alma mater, Western Australian Academy of Performing Arts – the same institution actor Hugh Jackman attended.

“The play came out of the journey of the rising of Altantis as reflected by the movement of my life in Australia to my life here in America,” says Robinson, a recipient of the UTAS Stephen Schwartz Songwriting Award. “What we were going through in Australia at the time was the immigration of people, many of which needed to abandon their homeland because a tragedy had happened. There was a lot of movement of people around the globe. That felt like a relevant and pertinent thing to talk about.”

Musical theatre has been in Robinson’s DNA since his youth. Growing up he performed in musicals and showcase competitions. He spent hours listening to cast recordings of musicals like Les Misèrablesand Miss Saigon.

That love of theatre coupled with his expert piano skills, songwriting abilities and singing were the perfect combination for Atlantis. “I love sitting at the piano or digital keyboard and putting myself in the position of someone else and downloading what they are going through and expressing it in a song,” he says. “It feels very natural to me.”

The music of Disney is also part of Robinson’s world as is the music of his mentor Stephen Schwartz. “I also like to listen to the top twenty in pop music,” he says. “I’ve been obsessed with what’s been on the charts since I was six years old.”

People have commented that Robinson’s music has good melodies and is easy on the ear, but the rhythms are quite complex. “I have a lot of sixteenth notes in my music, creating rapid movements where the lips, teeth and tongue are very active almost like the way you would say it if you have a conversation,” he explains.

Keeping an Eye on Broadway

His songs caught the attention of Greg Schaffert (Peter and the Starcatcher) who helped him schedule his first readings with financing from the Australia Council for the Arts and PowerArts. “Those early people helped me push this boulder up the hill,” Robinson says. “Greg said to me that this could be the next Wickedbecause the play is good for ages eight through eighty-eight and it has strong female characters.”

By 2017, Robinson was meeting with various directors but the one he felt was the perfect match for Atlantis was Kristin Hanggi (Tony Award nominee: Rock of Ages; Clueless). “I can’t tell you how many amazing projects she is attached to and shepherding in various ways,” he says. “I am fortunate to have a director who is excellent with the story.”

The story, he adds, is melodic, beautiful, and hopeful. “It has an innocence to it but there is still something visceral and percussive about it. In addition, there is something about this show that is honest.”

Robinson is in the process of inviting producers, investors, and other theatres in America, London, and Australia to see the Richmond production. “Those are the people that can help it get to the next stage,” he says.

When it comes to future goals, Robinson would like to write for Disney Theatrical Productions and possibly do a Disney animated film. But his current goal is to take Atlantis to Broadway.

“The likely step, all things going well, is to look to follow up with another regional theatre production elsewhere in America,” he says. “Then keep growing and building and flushing it out and then eventually take it to Broadway.”

Atlantis runs April 12 through May 5 at Virginia Rep’s November Theatre. For showtimes and tickets, go here.